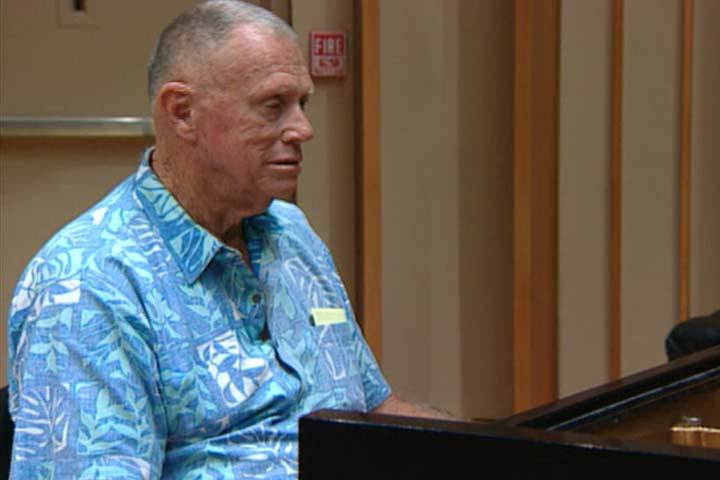 Paul Smith, a pianist and composer primarily known for his work behind singer Ella Fitzgerald, died June 29 in Torrance, Calif., at age 91. The cause was heart failure.

Born in San Diego in 1922, Smith studied piano from age 8 and played with his high school jazz band. He turned professional at age 19, playing with Johnny Richards’ band, then spent three years in the military before working with Paul and Dorsey into the late 1940s. As a studio musician in Los Angeles starting in 1949, he supplied piano for NBC and Warner Bros., and served for eight years as musical director for Shore’s TV program. His playing style has been compared to that of Bill Evans, Cole and Oscar Peterson.

Smith’s highest profile affiliation was with Fitzgerald. He worked with her as both pianist and conductor from 1955-78 and continued to make appearances with her until the early ’90s. He appears on eight of Fitzgerald’s Songbook albums as well as several other important recordings by the singer, including 1960’s Mack the Knife: Ella in Berlin.

Smith recorded numerous albums (more than 60, according to one account) as a leader for labels such as Capitol and Savoy jazz. He also contributed music to many film soundtracks and authored educational books and CDs. Smith was still performing until his death. He was married for 54 years to singer Annette Warren, who survives him, as do several children, grandchildren and great-grandchildren.

Meghan Stabile, an innovative jazz promoter, producer, organizer, curator, and advocate who proudly adopted the New York Times’ description of her as a “modern impresario,” … END_OF_DOCUMENT_TOKEN_TO_BE_REPLACED

Grachan Moncur III, a trombonist and composer who forged a unique identity in the “new thing” of 1960s jazz, died in his longtime home city … END_OF_DOCUMENT_TOKEN_TO_BE_REPLACED

Charnett Moffett, a bassist and composer whose virtuosity on both electric (often fretless) and acoustic instruments was matched by his versatility, died April 11 at … END_OF_DOCUMENT_TOKEN_TO_BE_REPLACED

Ron Miles, a cornetist, composer, and educator who became a revered and innovative figure in jazz while maintaining a career in the far-flung state of … END_OF_DOCUMENT_TOKEN_TO_BE_REPLACED