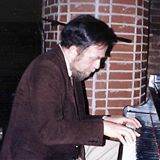 George Ziskind, a Chicago-born pianist who studied under Lennie Tristano and worked with Tadd Dameron and others, died Dec. 12 in New York due to complications from lymphoma. He was 86. A child prodigy with perfect pitch, at age 17 Ziskind won a boogie-woogie contest. He then became one of Tristano’s first students but Ziskind’s career was later interrupted by substance abuse problems, according to an email from Roy Grant, a friend of Ziskind’s family. While incarcerated at Lexington, Ky.’s “Narco Farm,” Ziskind befriended Dameron, becoming his assistant and copyist for all of the music rehearsed and played by the all-star prison band.

The critic John S. Wilson said in the New York Times that Ziskind turns “phrases in unexpected directions somewhat in the manner of Thelonious Monk but without Monk’s angularity” and singled out Ziskind’s interpretation of Dameron’s “If You Could See Me Now.” Ziskind also worked with Red Mitchell and others during his career.

Meghan Stabile, an innovative jazz promoter, producer, organizer, curator, and advocate who proudly adopted the New York Times’ description of her as a “modern impresario,” … END_OF_DOCUMENT_TOKEN_TO_BE_REPLACED

Grachan Moncur III, a trombonist and composer who forged a unique identity in the “new thing” of 1960s jazz, died in his longtime home city … END_OF_DOCUMENT_TOKEN_TO_BE_REPLACED

Charnett Moffett, a bassist and composer whose virtuosity on both electric (often fretless) and acoustic instruments was matched by his versatility, died April 11 at … END_OF_DOCUMENT_TOKEN_TO_BE_REPLACED

Ron Miles, a cornetist, composer, and educator who became a revered and innovative figure in jazz while maintaining a career in the far-flung state of … END_OF_DOCUMENT_TOKEN_TO_BE_REPLACED