Skip to content
Become a member and get exclusive access to articles, live sessions and more!
Start Your Free Trial
Home > Features > Pianist, Composer and Bandleader Lee Shaw Dies at 89 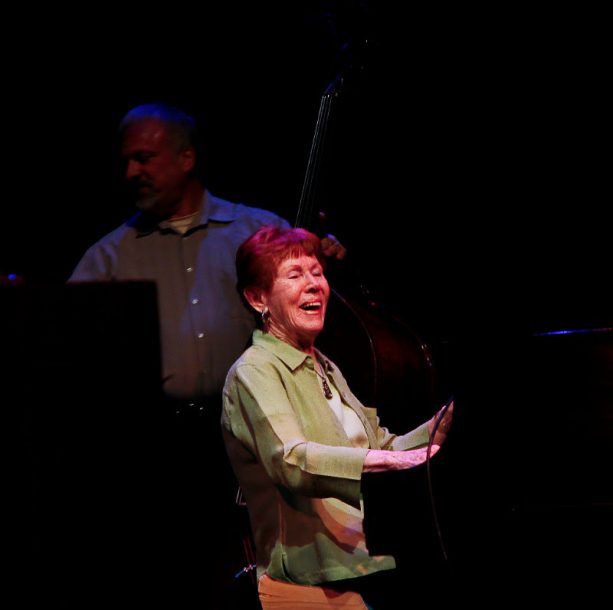 Pianist, composer and bandleader Lee Shaw, who studied with Oscar Peterson, taught piano to John Medeski and worked with Dexter Gordon, Thad Jones, Chico Hamilton, Pepper Adams, Zoot Sims, Al Cohn and others, died Oct. 25 in Albany, N.Y. at 89. The cause of death was not disclosed.

Shaw enjoyed a late-career resurgence starting in 1992 when she began performing with bassist Rich Syracuse, with drummer Jeff “Siege” Siegel joining them in 2001. She continued to perform until the end of her life in clubs, nursing homes and for her fellow residents of the Eddy Memorial Geriatric Center, where she lived for her final months.

Born in Ada, Okla., in 1926, Shaw studied classical piano in college in Chicago and afterward played in clubs throughout the city. There she met drummer Stan Shaw, a New York native whom she later married. They formed a piano trio and eventually moved to New York, where they played at Birdland and other top venues. After moving to the Albany area, where she lived for the last five decades, the Shaws worked with musicians who came through town. After Stan’s death in 2001, Shaw began working with Syracuse and Siegel.

Meghan Stabile, an innovative jazz promoter, producer, organizer, curator, and advocate who proudly adopted the New York Times’ description of her as a “modern impresario,” … END_OF_DOCUMENT_TOKEN_TO_BE_REPLACED

Grachan Moncur III, a trombonist and composer who forged a unique identity in the “new thing” of 1960s jazz, died in his longtime home city … END_OF_DOCUMENT_TOKEN_TO_BE_REPLACED

Charnett Moffett, a bassist and composer whose virtuosity on both electric (often fretless) and acoustic instruments was matched by his versatility, died April 11 at … END_OF_DOCUMENT_TOKEN_TO_BE_REPLACED

Ron Miles, a cornetist, composer, and educator who became a revered and innovative figure in jazz while maintaining a career in the far-flung state of … END_OF_DOCUMENT_TOKEN_TO_BE_REPLACED