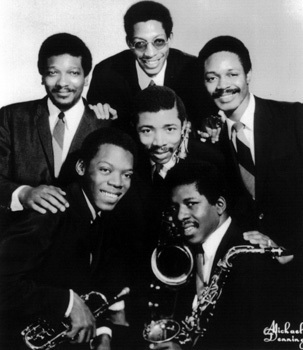 The Visitors, with Carl and Earl Grubbs. Sid Simmons at top. 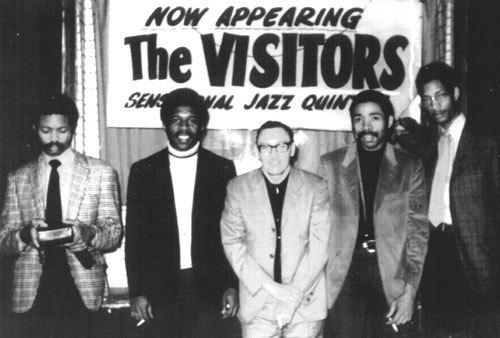 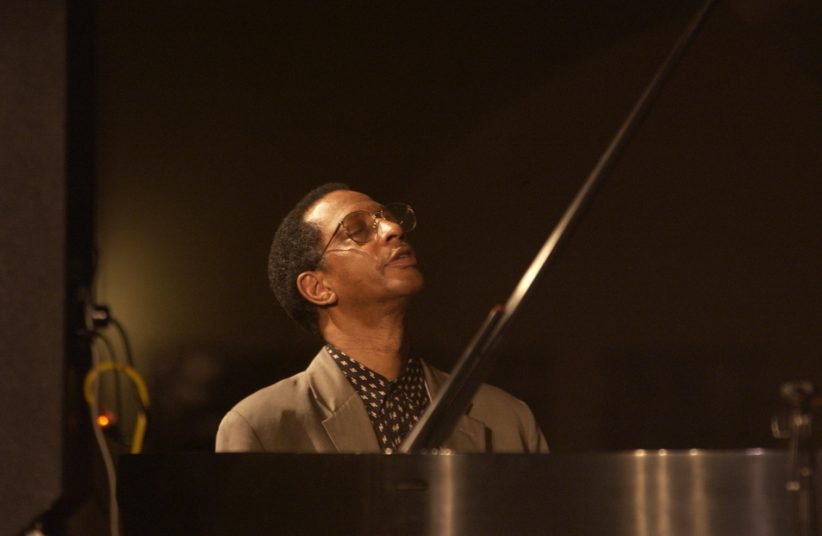 Pianist James “Sid” Simmons died on Friday, November 5, 2010 at the Hospital of the University of Pennsylvania after a long illness. The cause of death was cardiac arrest. He was 63 years old. According to Suzanne Cloud, the executive director of the Jazz Bridge organization, which had acted as a medical advocate for Simmons, the pianist had recently undergone surgery.

The tall gentlemanly Simmons was a ubiquitous presence on the Philadelphia jazz scene, performing regularly at venues such as TnT Monroe’s, Ortlieb’s, Zanzibar Blue and Chris’s Café. Early in his career Simmons was a member of The Visitors, a group led by saxophonists Carl and Earl Grubbs. Later in just his twenties, he was a member of Locksmith a band of Philadelphia jazz players, including Tyrone Brown, John Blake, Leonard “Doc” Gibbs and Millard “Pete” Vinson, who backed Grover Washington, Jr. both live and on record, including on Live at the Bijou and Reed Seed. The group also recorded its own albums, but never really gained traction and the members went their own way-Blake to McCoy Tyner’s band and later his own solo career, Brown to Max Roach’s band and the rest to various sideman jobs. He also recorded with Valery Ponomarev (Messenger, A Star For You, Live in Denver, Live at Vartan), John Swana (Philly Gumbo, Volume 2) and Mike Boone (Better Late Than Never, Yeah, I Said It! ).

Simmons recorded sporadically as a leader, but was always a first-call musician for significant jazz shows in Philadelphia. His latest unit with Mike Boone on bass and Byron Landham was unofficially dubbed the Philly Rhythm Section. Their most recent album was Keep the Faith with Mike Boone and Byron Landham, released last year. Simmons also performed frequently with Philly sax legend Bootsie Barnes, for whom he was a de facto music director. In the ’80s, Simmons, Barnes, Charles Fambrough and Craig McIver comprised the house band at TnT Monroes, where they backed a virtual who’s who of modern jazz, including Greg Osby, Gary Thomas, Wallace Roney, Donald Harrison, Terence Blanchard and many other mainstream jazz greats. He later filled the same role at Ortlieb’s JazzHaus, as pianist in the house band that backed a variety of guest artists.

Violinist John Blake, who performed with Simmons off and on for over 40 years, said that, even though he and Simmons were the same age, he looked up to the pianist when they were both establishing themselves as jazz musicians in Philadelphia. “Guys like Sid and Emmanual Thompson and Alfie Pollet were my age but were far ahead of me as far as their development as young players of jazz,” explains Blake. “Sid was always a team player as a musician and person. You always got good support from him. He was even-tempered. He was a great dad. He didn’t have a problem changing diapers or cooking. He was an all-around man and a great example as a musician. He helped so many young players, who he’d let sit in. He was non-judgmental. He had so many great qualities that will be missed in this area.”

When Blake became a solo artist after leaving Grover Washington, Jr., Simmons recorded and toured with the violinist, along with bassist Gerald Veasley and drummer Vinson. Veasley recalls a particularly stressful early tour in which the group flew from Philadelphia to Houston, Texas and rented an RV and drove to Southern California for shows there, followed by a drive up the California coast to Portland and Seattle and then to Idaho and back to Houston. “We called that our ‘See America’ tour,” says Veasley, laughing. “We got to be really close on that tour. Sid was the one who, when everybody else was crazy, was the calming influence. He wouldn’t get ruffled and he took everything in stride. He set an example of how to be cool and how to deal with life. I always loved that about him. He didn’t make things more than they were-either ups or downs.”

“Musically, he had his own vocabulary,” adds Veasley. “His lines as a pianist seemed more horn-like and very clear and melodic. I’ve heard him described as the quintessential sideman, but I see him as a pianist who made everyone else sound good. Maybe that fit his personality too. He was the kind of guy who made everyone else feel good and wouldn’t draw attention to himself. He accepted that role and realizing how critical that supportive role is. In a way it’s another kind of leadership, because you have to sublimate your own ego for the whole.”

Blake also saw Simmons as much more than a sideman. “Mostly everybody who plays this music has been a sideman,” says Blake. “That’s part of the tradition. Sid was always able to be his own man, but he was in demand as a piano player. When we were in Grover’s band, he encouraged all of us to write, and we got to see Sid not only as a player, but also as a composer.”

During his recent and final hospitalization, Simmons received a parade of visitors, according to Blake. “There were people constantly coming in and out of the hospital to visit him-young, old, black, white, men, women,” recalls Blake. “People trusted him and had so much respect for him because of the guy he was. He was kind, compassionate, loving. Hr really embodied a lot of things I looked up to.”

Simmons is survived by his mother, Vevlynn Simmons, daughter

Meghan Stabile, an innovative jazz promoter, producer, organizer, curator, and advocate who proudly adopted the New York Times’ description of her as a “modern impresario,” … END_OF_DOCUMENT_TOKEN_TO_BE_REPLACED

Grachan Moncur III, a trombonist and composer who forged a unique identity in the “new thing” of 1960s jazz, died in his longtime home city … END_OF_DOCUMENT_TOKEN_TO_BE_REPLACED

Charnett Moffett, a bassist and composer whose virtuosity on both electric (often fretless) and acoustic instruments was matched by his versatility, died April 11 at … END_OF_DOCUMENT_TOKEN_TO_BE_REPLACED

Ron Miles, a cornetist, composer, and educator who became a revered and innovative figure in jazz while maintaining a career in the far-flung state of … END_OF_DOCUMENT_TOKEN_TO_BE_REPLACED