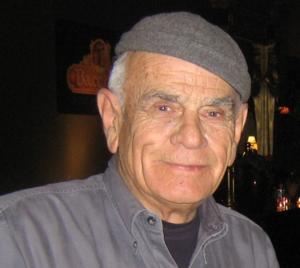 Pete Douglas, founder of the Bach Dancing & Dynamite Society music club in Half Moon Bay, Calif., died in Miramar Beach, Calif., on July 12. The cause of death was not reported. Douglas was 85.

Douglas, who was born in Waukegan, Ill., in 1929, moved to Southern California in the 1940s where he developed a fondness for jazz. By the late ’50s, after finishing school, getting married and serving a stint in the Army, he moved north where he became a probation officer. He purchased the club that would become Bach Dancing & Dynamite Society in 1958 and began presenting top-name jazz artists there in 1964. Among the jazz greats who performed at the venue were Duke Ellington, Count Basie, Bill Evans, Dizzy Gillespie, Etaa James, Stan Getz, David Liebman, Art Blakey, Betty Carter, Freddie Hubbard, Bobby Hutcherson and many others. Douglas also booked classical and world music artists to perform at the club, which remained open for some 50 years.

Meghan Stabile, an innovative jazz promoter, producer, organizer, curator, and advocate who proudly adopted the New York Times’ description of her as a “modern impresario,” … END_OF_DOCUMENT_TOKEN_TO_BE_REPLACED

Grachan Moncur III, a trombonist and composer who forged a unique identity in the “new thing” of 1960s jazz, died in his longtime home city … END_OF_DOCUMENT_TOKEN_TO_BE_REPLACED

Charnett Moffett, a bassist and composer whose virtuosity on both electric (often fretless) and acoustic instruments was matched by his versatility, died April 11 at … END_OF_DOCUMENT_TOKEN_TO_BE_REPLACED

Ron Miles, a cornetist, composer, and educator who became a revered and innovative figure in jazz while maintaining a career in the far-flung state of … END_OF_DOCUMENT_TOKEN_TO_BE_REPLACED