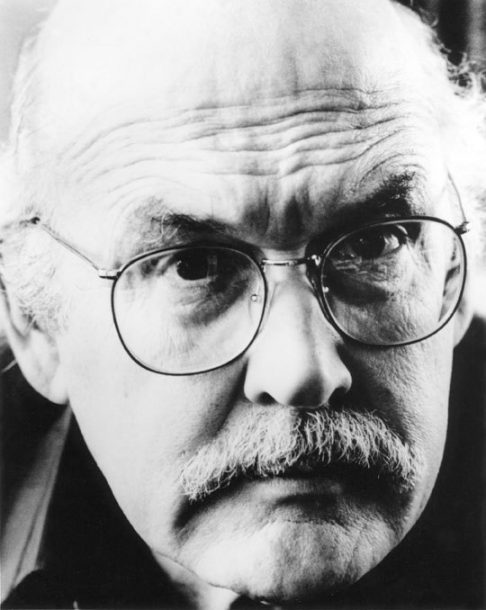 Jim Hall had a special place in my life on a whole bunch of levels. I first met Jim when I was 15 years old. He later described me as a “runaway” from Kansas City when recalling our first encounter back in 1970. In fact, I was in New York for the very first time visiting my friend and early mentor Attila Zoller-with my parents’ wary but knowing approval. It was my first trip anywhere, basically, and it was exciting beyond description. Attila and Jim were close friends, and it happened that the week I was there, Jim was playing a duo engagement with Ron Carter at a little club on 10th Avenue called the Guitar.

Although at that point I was familiar with Jim through a few of his records-Undercurrentwith Bill Evans and “Live” at the Half Note with Art Farmer were my two favorites-seeing him live night after night was a whole other thing, and unbelievably inspiring.

Watching and listening to Jim play then and through the years brought about that great sense you get from witnessing a master right in front of you: He made his mastery look easy. With Jim, I remember watching him and saying, “Wow, I know that voicing!” and then quickly wondering why it didn’t sound that way when I played it.

His vocabulary on the instrument was deep and wide. I always cracked up when critics (or even Jim himself) tried to make a case that he was somehow less than virtuosic as a player. To the contrary, the level of finesse and touch that he was able to bring to the table, at just about any tempo, is pretty much unrivaled. And there are things going on around the time of his acclaimed trio recordings with Terry Clarke and Don Thompson that are among the most amazing “guitaristic” feats I have ever heard.

But, of course, none of that is or ever was the point with Jim. With him, it was always pure music, and even more to the point, pure Jim music. In that sense, the guitar had almost nothing to do with it. He had an identity, a way of being and a sound that were all his.

As the years went by, Jim and I kept in touch. Within a few years we were occasionally performing together, and we wound up with a special kind of rapport that made each encounter a joyful and intensely challenging event. Eventually we decided to make a duo record together. A whole program of guitar duets was a first for both of us, and it is great to have a document like that of our musical time together.

It has been touching to see the outpouring of love for Jim over these past months. Within our general community of musicians, Jim was one of the few figures that just about everyone, from every clique and faction, could wholeheartedly agree on as one of the greats.

The kind of inspiration that Jim offered is rare. John Scofield, Bill Frisell and I are often correctly grouped together chronologically. It has always been interesting to me that we all point to Jim as a huge influence, yet we really sound almost nothing alike. And we could certainly add another several hundred other players, of the generations above and below us, who would fit that same description.

Jim opened a door that inspired people to find, or at least look for, their own thing the same way he had. By setting up a vibe of listening and space and creating a new way of thinking about dynamics on the instrument-maybe his single most influential innovation-Jim illuminated a kind of aesthetic platform that made his famous quote, “Don’t just do something, sit there!” have a resonant meaning for future generations of musicians.

As it happened, within a few days of Jim’s passing, my dad, David Metheny, also left us. Both men were Midwesterners in their early 80s who had quiet exteriors that somewhat belied deep and churning internal lives. Both of them were totally devoted to their loving wives, whom they shared many decades with. In addition, they shared a twinkle in the eye that let you know that they were on to something. I will really miss them both.

Meghan Stabile, an innovative jazz promoter, producer, organizer, curator, and advocate who proudly adopted the New York Times’ description of her as a “modern impresario,” … END_OF_DOCUMENT_TOKEN_TO_BE_REPLACED

Grachan Moncur III, a trombonist and composer who forged a unique identity in the “new thing” of 1960s jazz, died in his longtime home city … END_OF_DOCUMENT_TOKEN_TO_BE_REPLACED

Charnett Moffett, a bassist and composer whose virtuosity on both electric (often fretless) and acoustic instruments was matched by his versatility, died April 11 at … END_OF_DOCUMENT_TOKEN_TO_BE_REPLACED

Ron Miles, a cornetist, composer, and educator who became a revered and innovative figure in jazz while maintaining a career in the far-flung state of … END_OF_DOCUMENT_TOKEN_TO_BE_REPLACED