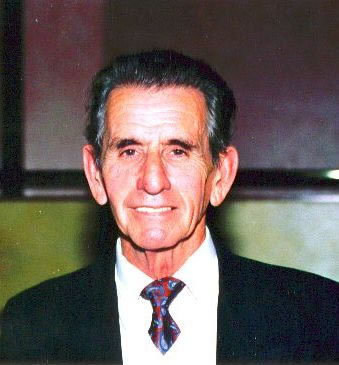 The first time I met Ozzie Cadena he was behind the counter at the little record store he owned in downtown Newark, N.J. After a few minutes I felt like I’d known him for years. Always upbeat, street smart and totally into the music: jazz, jump, swing, gospel-he knew the music. Ozzie grew up on those Newark streets. Like other neighborhoods in the New York area, mine being Brooklyn, in the ’40s and early ’50s it was music all the time. Ozzie had an unerring ear for it. He proved this over and over during his tenure as a producer for Savoy, the top jazz label at that time, and later for Prestige Records. Ozzie did not make producing jazz records rocket science. Ozzie very often would espouse his methodology: “Put good players, or good players from different schools, together, turn on the machine and hear the chemical reaction set in. Who worried if the bass player dropped a note? The feeling was there.” Ozzie was as much at home with gospel as he was with jazz. For Ozzie it was all about feeling. He had his style.

I worked for Prestige after “The Oz” had left the label but his influence was still there. Bob Weinstock, the owner of Prestige, and Ozzie stayed friendly through the years. Weinstock rarely went to the Prestige office in Bergenfield, N.J. He felt his privacy was compromised there. We would meet at his home in Englewood, maybe five miles away, for our monthly meetings. One time, Ozzie met with us and told Weinstock what he was doing wrong, who he should be recording, etc. There were no mincing words with the Oz. Weinstock shrugged it off and the dialog went on for about two hours. At the time it was a meeting of jazz giants. To me, it was interesting in the extreme.

When I first started the Muse label in the early ’70s, I reissued a few discs from Ozzie’s short-lived discontinued label, Choice Records, Charles Earland among them. That’s how I got to know Charley. At the time Ozzie was booking clubs, producing records and running a store. Ozzie did it all. What he did, the force he was, cannot be done today. With the glory days of Savoy etc behind him, he never looked back.

When I acquired the rights to the Savoy Jazz catalog, his musical fingerprints were all over it. Oz produced an amazing number of jazz giants: J.J. Johnson-Kai Winding, Bill Evans, McCoy Tyner, Yusef Lateef and Cannonball Adderley, just to name very few. It was Ozzie who brought so many of these artists to the public’s attention for the first time.

At a recording date, to get the players relaxed and enjoying the moment, Oz would produce a bottle of something. Most would partake as an icebreaker and spirit lifter. The use of spirits was commonplace among musicians of the day. It made everybody feel good and it showed in the music Ozzie produced, but not too much. This was a subject for some great stories that Ozzie would tell. The specific stories are gone from my memory but the hearty laughter and good times remain with me.

Before the Oz moved to California he regularly came by the Muse Records office with a record or some kind of deal. He would end up in the local bar with me forever listening to his stories, told with that slight stutter. Hard to believe he was on the West Coast for 30 years.

After Ozzie moved west, we saw him fairly regularly, maybe two or three times a year. Ozzie would return to New Jersey to see his son. For me he was still the same Oz, with his coal black hair in a pompadour, telling about his exploits, booking various clubs out west, the most well known being the Lighthouse in Hermosa Beach. No pretense, nothing phony. He was a wonderful character that I was fortunate to know, who contributed so much to the jazz community.

Meghan Stabile, an innovative jazz promoter, producer, organizer, curator, and advocate who proudly adopted the New York Times’ description of her as a “modern impresario,” … END_OF_DOCUMENT_TOKEN_TO_BE_REPLACED

Grachan Moncur III, a trombonist and composer who forged a unique identity in the “new thing” of 1960s jazz, died in his longtime home city … END_OF_DOCUMENT_TOKEN_TO_BE_REPLACED

Charnett Moffett, a bassist and composer whose virtuosity on both electric (often fretless) and acoustic instruments was matched by his versatility, died April 11 at … END_OF_DOCUMENT_TOKEN_TO_BE_REPLACED

Ron Miles, a cornetist, composer, and educator who became a revered and innovative figure in jazz while maintaining a career in the far-flung state of … END_OF_DOCUMENT_TOKEN_TO_BE_REPLACED