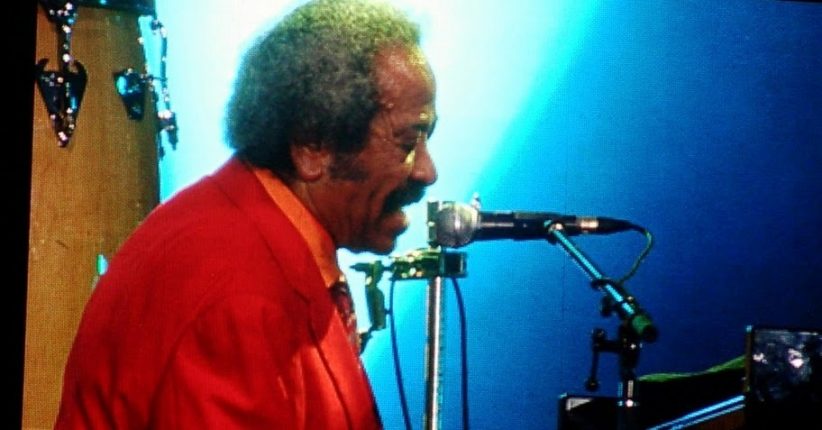 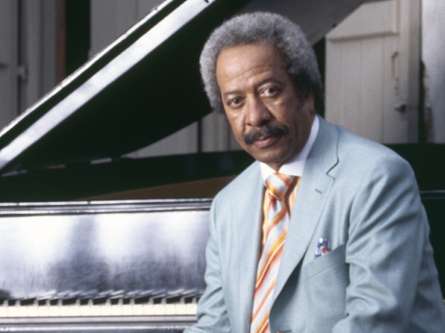 Songwriter, producer, arranger and musician Allen Toussaint, one of the most influential artists in New Orleans music for more than 50 years, died last night, Nov. 9, in Madrid, Spain. Toussaint, whose family confirmed his death, suffered a heart attack in his Madrid hotel following a performance at that city’s Teatro Lara; although he was briefly revived, he died en route to Jimenez Diaz Foundation Hospital. He was 77.

Toussaint was best known for his compositions covered by other performers-many of which became major hits-including “Working in the Coal Mine” (Lee Dorsey), “Mother-in-Law” (Ernie K-Doe), “Lipstick Traces” (Benny Spellman), “Java” (Al Hirt), “It’s Raining” (Irma Thomas), “Ruler of My Heart” (also by Irma Thomas and, as “Pain in My Heart,” both the Rolling Stones and Otis Redding), “Southern Nights” (Glen Campbell), “Yes We Can Can” (both Lee Dorsey and the Pointer Sisters), “I Like It Like That” (both Chris Kenner and the Dave Clark Five) and “Fortune Teller”(both Benny Spellman and the Rolling Stones). Others who have covered his songs include Art and Aaron Neville, Warren Zevon, the Who, Ringo Starr, Dr. John, Bob Dylan, Alex Chilton, Three Dog Night, the Hollies, Bonnie Raitt, the Doors, B.J. Thomas, Van Dyke Parks, Bo Diddley, Widespread Panic, Little Feat, the Band, Herb Alpert, the Judds, Phish, Maria Muldaur, Spirit, the Yardbirds, the Oak Ridge Boys, Devo, Trombone Shorty, Robert Plant and Allison Krauss, Paul Weller and the O’Jays, among many others. Saxophonist Lou Donaldson covered Toussaint’s “Everything I Do Gonh Be Funky (From Now On).”

Toussaint’s song “Get Out of My Life Woman” alone was covered by the Paul Butterfield Blues Band, Iron Butterfly, Jerry Garcia, and the Derek Trucks Band.

Toussaint also served as a respected, in-demand producer, arranger and session pianist, and recorded under his own name beginning in the late 1950s. His many collaborators included Paul McCartney, Joe Cocker and, in 2006, on their Grammy-nominated album The River in Reverse, Elvis Costello.

Allen Toussaint (pronounced too-SONT) was born Jan. 14, 1938, in the Gert Town neighborhood of New Orleans. His mother, Naomi (whose name he would later use on some of his songwriting credits), was a pianist who encouraged her son to play. Influenced by Professor Longhair and other New Orleans pianists, Toussaint turned professional in his teens, performing locally and recording his debut, all-instrumental album, The Wild Sound of New Orleans, under the name Tousan, for RCA Records in 1958. His song “Java,” from that album, became a hit for Al Hirt in 1964.

At the same time he began building a reputation as an ace pianist-often working for top local producer Dave Bartholomew-Toussaint also became the session supervisor for the local Minit and Instant labels, writing and producing singles for others that would become national hits, beginning with Jessie Hill’s R&B hit “Ooh Poo Pah Doo.” Toussaint served in the Army in 1963-64, but continued to compose-his song “Whipped Cream” was picked up in 1965 by trumpeter Herb Alpert, who cut it on his smash album Whipped Cream and Other Delights. (The song later became the theme for TV’s The Dating Game.)

In 1965, Toussaint and local producer Marshall Sehorn co-founded Sansu Enterprises, a production company that also operated the Tou-Sea, Sansu, Deesu and Kansu record labels. The pair often leased their productions to other labels but is best known for its house band, which became the Meters: Consisting of Art Neville, Leo Nocentelli, George Porter and Joseph “Zigaboo” Modeliste, the Meters developed into one of New Orleans’ most revered R&B and funk groups. (Toussaint and Sehorn also operated the Sea-Saint recording studio in the Gentilly neighborhood of New Orleans, beginning in 1973.)

Toussaint’s production career escalated during the 1970s, when he worked with the Meters, the Wild Tchoupitoulas, Robert Palmer, Willy DeVille, Dr. John and others. He provided arrangements for the Band’s 1971 Cahoots album and their documentary farewell film The Last Waltz later that decade. He produced Dr. John’s In the Right Place album (which included the hit single “Right Place, Wrong Time”) in 1973. In 1975, Toussaint produced LaBelle’s Nightbirds album, which included their number one hit, “Lady Marmalade.” Also that year, he collaborated with Paul McCartney on the latter’s album with Wings, Venus and Mars, playing piano on the song “Rock Show.” Boz Scaggs recorded Toussaint’s “What Do You Want the Girl to Do?” on his best-selling 1976 album Silk Degrees. In 1977, Glen Campbell took Toussaint’s “Southern Nights” to the top of the country, pop and adult contemporary charts. BMI later named it “The Most Performed Song of the Year” and Toussaint’s own version, on the album of the same name, was nominated for a Grammy. In 1978, the Nashville Songwriters’ Association International named Toussaint a “Creative Genius in Words and Music.”

Although he was not known primarily as a solo performer, Toussaint recorded numerous albums under his own name. He did not release his followup to his 1958 debut until 1970 (initially called Toussaint, later reissued as From a Whisper To a Scream), but then released more than a dozen albums, the most recent being the live solo set Songbook in 2013.

During the 1980s, Toussaint moved into the realms of film and theater, serving as composer-lyricist for the stage production We Love You, William and the film Black Samson. His music for Vernel Bagneris’s Staggerlee won the Outer Critics Circle Award for best music in an Off-Broadway musical for the 1986-87season. In 1991, he was again nominated for the award for his work in the Broadway musical High Rollers Social and Pleasure Club.

Allen Toussaint was inducted into the Rock and Roll Hall of Fame in 1998 and the Blues Hall of Fame in 2011. He was made a Grammy Awards trustee in 2009. In 2013, he was awarded the National Medal of Honor by President Obama.

Read more about Allen Toussaint in this 2006 JazzTimes feature .

Listen to a complete Allen Toussaint concert at the Village Vanguard from 2009.

Meghan Stabile, an innovative jazz promoter, producer, organizer, curator, and advocate who proudly adopted the New York Times’ description of her as a “modern impresario,” … END_OF_DOCUMENT_TOKEN_TO_BE_REPLACED

Grachan Moncur III, a trombonist and composer who forged a unique identity in the “new thing” of 1960s jazz, died in his longtime home city … END_OF_DOCUMENT_TOKEN_TO_BE_REPLACED

Charnett Moffett, a bassist and composer whose virtuosity on both electric (often fretless) and acoustic instruments was matched by his versatility, died April 11 at … END_OF_DOCUMENT_TOKEN_TO_BE_REPLACED

Ron Miles, a cornetist, composer, and educator who became a revered and innovative figure in jazz while maintaining a career in the far-flung state of … END_OF_DOCUMENT_TOKEN_TO_BE_REPLACED