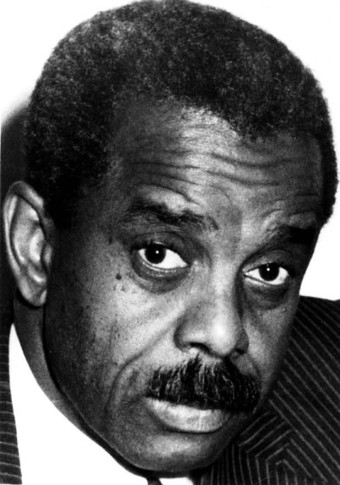 I first heard Jodie Christian around 1952-53, long before we started the AACM (Association for the Advancement of Creative Musicians). We were all Chicago jazz musicians. There was a bassist we used to call “Cowboy,” and he was talking about this good pianist he played with; that was the first I heard about Jodie. He was phenomenal even then; as a musician he had natural abilities. He was playing mainstream jazz at the time. We were all playing standards, more or less, while we were putting the AACM together.

Jodie participated in organizing the AACM. He was one of the founders. There were four of us who got together-Jodie, drummer Steve McCall, composer Phil Cohran and myself-to discuss the possibility of putting together a formal association of musicians to play original music. Our ideas about what we wanted to do with music were growing.

Jodie and I never played together or recorded together because we were both pianists, but we saw each other a lot and heard each other a lot. All of the Chicago musicians would go to each other’s gigs and listen to each other; it was like a family. Later on, we always stayed in touch. Whenever I’d go to Chicago I’d go to see him, and we’d get together and talk about other pianists-just talking shop and enjoying each other’s company. It was really a great joy to be around Jodie. He was actually very quiet: He never blew his own horn or anything like that, but when he reached the stage he did. That’s where he became incredible.

Jodie’s greatest contribution-both to Chicago jazz and the jazz world at large-was his consistency as a musician. A lot of people didn’t get to hear him, even though he played with some great musicians: Johnny Griffin, Von Freeman, so many. But a lot of musicians who traveled through Chicago would come to Joe Segal’s Jazz Showcase, and Jodie was often there playing with traveling musicians of note. Jodie didn’t hook up with any of the groups that would travel, so you had to see him in Chicago. He didn’t record as a leader until very late (1991), but you can hear the quality in the recordings that he did finally make. He had phenomenal ears.

It’s strange but that’s how it happened. When you did hear him, he was always playing at a high caliber. I feel honored to speak about him because he deserves it.

Meghan Stabile, an innovative jazz promoter, producer, organizer, curator, and advocate who proudly adopted the New York Times’ description of her as a “modern impresario,” … END_OF_DOCUMENT_TOKEN_TO_BE_REPLACED

Grachan Moncur III, a trombonist and composer who forged a unique identity in the “new thing” of 1960s jazz, died in his longtime home city … END_OF_DOCUMENT_TOKEN_TO_BE_REPLACED

Charnett Moffett, a bassist and composer whose virtuosity on both electric (often fretless) and acoustic instruments was matched by his versatility, died April 11 at … END_OF_DOCUMENT_TOKEN_TO_BE_REPLACED

Ron Miles, a cornetist, composer, and educator who became a revered and innovative figure in jazz while maintaining a career in the far-flung state of … END_OF_DOCUMENT_TOKEN_TO_BE_REPLACED