Skip to content
Become a member and get exclusive access to articles, live sessions and more!
Start Your Free Trial
Home > Features > Mose Allison Dies at 89 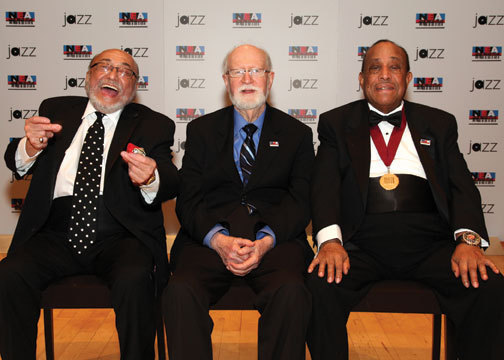 Mose Allison, the Mississippi-born singer and pianist whose effortless blend of jazz and blues and smart, prolific work as a songwriter influenced the blues-based rockers of the 1960s and ’70s, died on the morning of Nov. 15, of natural causes, at his home on Hilton Head Island, S.C.

Allison, an NEA Jazz Master, was 89, and had celebrated his birthday on Nov. 11. His death was confirmed for JazzTimes by his music attorney.

Born on his grandfather’s farm near the village of Tippo in the Mississippi Delta, Allison discovered early on that he could play the piano by ear. In high school, he listened to Louis Armstrong, Fats Waller, Duke Ellington, Louis Jordan and Nat King Cole, who was his primary inspiration.

After one year at the University of Mississippi and a brief stint in the Army, Allison’s first professional gig was in Lake Charles, La., in 1950. After a year on the road, Allison married and finished college at Louisiana State University in Baton Rouge, where he received a Bachelor of Arts degree in English and philosophy in 1952.

In 1956 Allison moved to New York, and recorded with Al Cohn, Bob Brookmeyer and Stan Getz. He got his own deal with the Prestige label the following year and recorded such classic albums as Mose Allison Sings, Back Country Suite, Young Man Mose and Seventh Son before moving to Columbia for two years and then on to Atlantic, where he had a longstanding relationship with the label after meeting co-owner and jazz fan Nesuhi Ertegun. Allison’s relationship with Atlantic came to an end after 1976’s Your Mind Is on Vacation.

After a six-year hiatus, Allison returned to recording with 1982’s Middle Class White Boy, for Elektra’s Musician subsidiary. He then followed label head Bruce Lundvall to Blue Note, where he recorded My Backyard and The Earth Wants You.

Allison was known not only for his particularly distinctive style of jazz/blues piano and vocals, but also for his uniquely wry and witty touch to songwriting, penning whimsical classics such as “Your Cash Ain’t Nothing But Trash,” “Your Mind Is on Vacation,” “Middle Class White Boy,” “I Love the Life I Live” and “Certified Senior Citizen.” He explained his approach to songwriting to JT‘s Mike Joyce in 2010: “I usually get an idea-a phrase or a punch line or something-then I sort of work it out in my head after that. I don’t even sit down at the piano and try to sing it before I get it all figured out in my head. I’ve lost a couple of tunes by not writing them down, so I started doing that.”

Throughout his career, Allison performed and recorded with such jazz greats as Getz, Zoot Sims and Gerry Mulligan, but for most of his career he worked primarily with his own trio. His music directly influenced a range of musicians from different genres, including roots-rock singers such as Bonnie Raitt-who recorded “Everybody’s Crying Mercy” on her Takin’ My Time album-and Van Morrison, who later recorded a tribute album, Tell Me Something, the Songs of Mose Allison. He was even covered by rock bands such as the Clash, the Who and the Yardbirds. Allison’s music can also be heard in feature films, including The Score, in which he can be seen performing. His live album for Blue Note, 2001’s Mose Chronicles, Vol. I, was nominated for a Grammy.

Regardless of his recording activity, Allison toured relentlessly, performing at clubs, theaters and festivals, often using local rhythm sections with whom he had an extensive relationship. In 2012 Allison retired from live performance, and he was named an NEA Jazz Master in 2013. At the webcasted ceremony where he received that award, impresario George Wein introduced Allison by saying, “Mose Allison is unique in so many different ways, because not only is he a fine pianist with his own identity, [but] he has a vocal quality that gives him his own identity and he writes music-music that is not only played by jazz musicians but also by folk and rock artists, and his music has become part of the American music scene.” Accepting the award, Allison said, “I’m honored, to say the least. … I didn’t expect to get this award and I’m so happy.” Allison then played piano accompanying his daughter Amy, also a gifted singer-songwriter, who sang a tender and melancholy version of her father’s “Was.”

Pianist/singer Ben Sidran, one of his longtime admirers and collaborators, told JT in an email: “I first heard Mose in 1960 on the album The Transfiguration of Hiram Brown with the song “City Home,” which was about a young man in a small town dreaming of the big city and that was my story too. Then I went back and found the Prestige stuff, especially Creek Bank, with “If You Live” and “Seventh Son,” and I was on my way. Hearing his piano paying – simple, direct, swinging – and of course his vocals – cool, funky and so intelligent – opened a path for me and many others, including many growing up in Great Britain, like Georgie Fame and Van Morrison. Before I heard Mose, I had been listening to Horace Silver and Jon Hendricks but it never occurred to me that you could put it all together like he did: sing like a musician, write hip but plain spoken lyrics and groove like a blues man. There was never anyone else like Mose – he was a complete original, deceptively simple, like Monk. To me that’s part of his legacy: simple on the surface, many layers deep underneath. Years later, when I got to spend time with him producing his records for Blue Note, I found that it was not an attitude, it was a way of life. He never tried to be hip or anything other than who he was, which of course was the hippest thing in the world.”

Allison lived on Long Island for over 40 years with his wife of 62 years, Audre, before moving to Hilton Head Island. Together, they raised four children-Alissa, an attorney; John, a telecommunications specialist; Janine, a psychiatrist; and Amy. He is also survived by two grandchildren.

In this archival JT feature by MIke Joyce, Allison comments on covers of his songs.

Meghan Stabile, an innovative jazz promoter, producer, organizer, curator, and advocate who proudly adopted the New York Times’ description of her as a “modern impresario,” … END_OF_DOCUMENT_TOKEN_TO_BE_REPLACED

Grachan Moncur III, a trombonist and composer who forged a unique identity in the “new thing” of 1960s jazz, died in his longtime home city … END_OF_DOCUMENT_TOKEN_TO_BE_REPLACED

Charnett Moffett, a bassist and composer whose virtuosity on both electric (often fretless) and acoustic instruments was matched by his versatility, died April 11 at … END_OF_DOCUMENT_TOKEN_TO_BE_REPLACED

Ron Miles, a cornetist, composer, and educator who became a revered and innovative figure in jazz while maintaining a career in the far-flung state of … END_OF_DOCUMENT_TOKEN_TO_BE_REPLACED