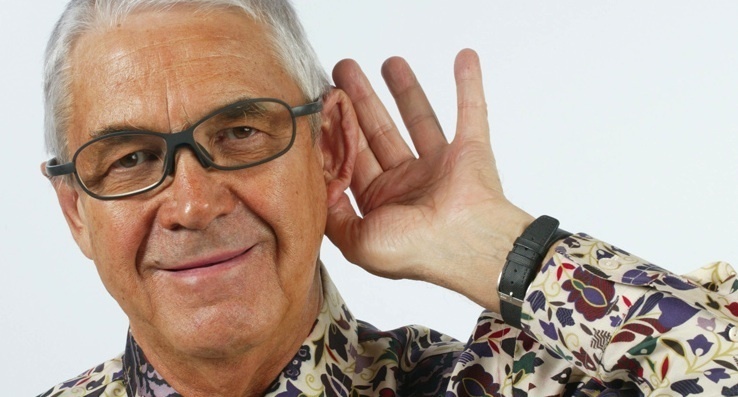 Claude Nobs, the founder and general manager of the Montreux Jazz Festival, died Jan 10 in Lausanne, Switzerland from injuries sustained in a fall. He had been practicing cross-country skiing in Caux-sur-Montreux on Christmas Eve when the accident occurred.

Nobs, who was born Feb. 4, 1936 in Montreux, began his career as a chef and later became director of Montreux’s tourism office. After organizing charity concerts he launched and operated the legendary annual festival, beginning in 1967. He continued to direct the festival following open heart surgery in 2005. That year he also became involved in an effort led by Paul McCartney to eliminate landmines. He was also an early champion of equal rights for same-sex couples.

Nobs was name-checked as “Funky Claude” in the 1973 Deep Purple rock classic “Smoke on the Water,” which tells of the incident at the 1971 festival when the Montreux stage burned to the ground as the result of an incendiary device tossed onto it by a fan of Frank Zappa.

Nobs also served as the director of the Swiss branch of the Warner, Elektra and Atlantic label conglomerate.

In a statement on his Facebook page, Quincy Jones wrote:

“There are no words to express the deep sorrow and hollowness in my heart that comes with news of Claude Nobs’ passing. Claude was a valued and trusted friend and brother to me for close to forty years, but he was a valued and trusted friend to jazz and the artists who create it for his entire lifetime. It would be that love and appreciation for our music and the musicians that created it that would lead him to take over the Montreux Jazz Festival, and build it into what I consider to be the Rolls Royce of music festivals…

“I have a million great memories of spending time with Claude in Montreux at the festival, from co-producing it with him, to conducting (trumpeter) Miles Davis’ last concert, to the amazing gatherings of musicians that he has hosted at his chalet, to most recently partnering with him to expand the festival’s brand internationally; it will be difficult to imagine him not being there… I will miss him like the brother that he was to me. If God created a better friend than Claude Nobs, he or she must have kept them for him/herself.”

Nobs was an avid collector of jukeboxes, model trains, musical instruments and assorted memorabilia. He had Montreux performances filmed and was known to invite the performers back to his chalet after the conclusion of each festival date to view their own or others’ performances.

The secretary general of the festival, Mathieu Jaton, has assumed all of Nobs’ responsibilities. In a 2005 interview with the International Service of the Swiss Broadcasting Corporation, Nobs was asked if the festival would end with his eventual death. He replied, “Oh no, I don’t want to end like that! I have a team of people who are all set to take over the festival … I think Montreux has established itself well enough that it can continue without me.”

A statement published on the official Montreux Festival website reads: “Thank you for taking us where we never thought we could go. And in your typical spirit, you left by surprise, as if to remind us once more that life as in music, each great performance could be the one even if the show must go on. You hoped your exit would reflect your life and you succeeded in this as well. We carry, and will continue to carry on in your spirit and everything you taught us.”

Meghan Stabile, an innovative jazz promoter, producer, organizer, curator, and advocate who proudly adopted the New York Times’ description of her as a “modern impresario,” … END_OF_DOCUMENT_TOKEN_TO_BE_REPLACED

Grachan Moncur III, a trombonist and composer who forged a unique identity in the “new thing” of 1960s jazz, died in his longtime home city … END_OF_DOCUMENT_TOKEN_TO_BE_REPLACED

Charnett Moffett, a bassist and composer whose virtuosity on both electric (often fretless) and acoustic instruments was matched by his versatility, died April 11 at … END_OF_DOCUMENT_TOKEN_TO_BE_REPLACED

Ron Miles, a cornetist, composer, and educator who became a revered and innovative figure in jazz while maintaining a career in the far-flung state of … END_OF_DOCUMENT_TOKEN_TO_BE_REPLACED