Skip to content
Become a member and get exclusive access to articles, live sessions and more!
Start Your Free Trial
Home > Features > Memories of Jaco Pastorius 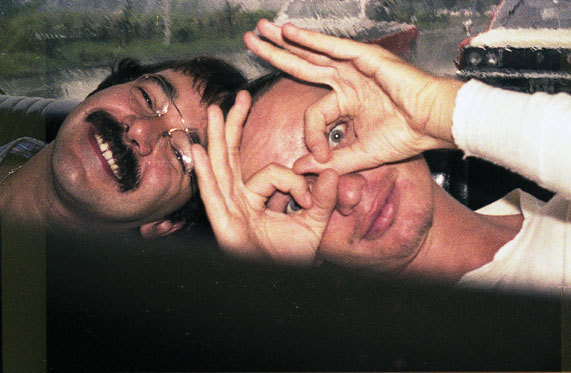 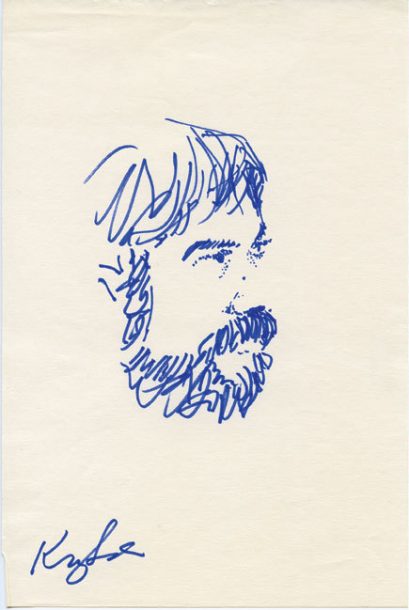 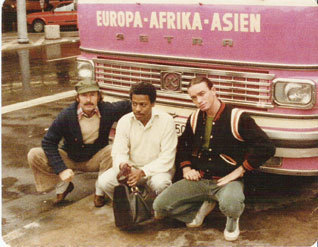 In 1977, New Jersey-born Peter Erskine was a 23-year-old drum powerhouse playing one-nighters in trumpeter Maynard Ferguson’s big band. A year later, thanks to a good word from electric bass demigod Jaco Pastorius, Erskine would be touring arenas around the world as a member of the epochal fusion group Weather Report, a chair he’d hold until 1982.

Erskine’s recent autobiography, No Beethoven (Fuzzy Music/Alfred), is a narrative tracing the drummer’s rich and varied musical life as well as an account of the inner workings and sometimes outrageous personalities of Weather Report. Particularly touching are Erskine’s writings on Pastorius, a musical genius who redefined his instrument but whose mental illness eventually led to his tragic death in 1987 at age 35. For this April bass issue, we’ve extracted a selection of Erskine’s remembrances of his friend Jaco. THE EDITORS

I owe the Weather Report gig to Maynard Ferguson bandmate and trumpeter Ron Tooley, who called Jaco up when the band was playing in Miami at the Airliner Motel in March of 1977. Ron was surprised that his phone call was answered because Jaco was usually in Los Angeles working with Weather Report, and he made the call intending to just leave a message. So they talked for a while, and when Ron asked Jaco if he would like to come and see the Ferguson band that night, Jaco replied, “Thanks but no thanks; I heard you guys the last time.” “Well,” Ron said, “we got a new drummer; you might want to check him out.” “OK, I’ll be there.”

Even though the epochal album Heavy Weather was just about to be released, drummer Alex Acuña was apparently already making plans to leave the band. So I met Jaco that night and we chitchatted for a while. At first I was staring at him because he looked so different in person compared to his solo album cover photograph-that stylized black-and-white photo that made him look European. Here was this guy with stringy long hair wearing a Phillies baseball cap, horn-rimmed glasses and a striped shirt that was buttoned all the way up to the top.

Eventually the band break was over and I had to go back to the stage to play the second set. Jaco then said something to me no one else had ever said. As I was walking toward the stage I heard, “Hey, man!” and I turned around to look. Instead of saying something like, “Play well,” or “Have a good set,” Jaco yelled, “Have fun!” And I thought, “Wow, that’s a nice idea.” So I went up and had fun-smiling and laughing and enjoying myself, and that’s how I played. Jaco was that kind of person: He truly enjoyed bringing out something in people-most often their best. Sometimes, getting any type of reaction was good enough for him, even if it meant trouble to follow. One nickname he had for himself was “Catalyst.”

After the Maynard gig was over that evening, Jaco and several of us sidemen stayed up all night listening over and over again to the cassette tape that Jaco had brought with him of Heavy Weather. I told him, “This is the version of Weather Report I have been waiting for.” He told me that he would be calling me one of these days.

What follows is a glorious period of spring touring with Maynard, and I’m listening to that cassette tape of Heavy Weather at every opportunity, knowing that there is a great musical vista around the corner. “This is the kind of music I want to play when I grow up”: It isn’t the first and won’t be the last time that thought occurs to me. The sound, the compositions and the playing on Heavy Weather mesmerize me. It’s intoxicating, and so is listening to Jaco on Joni Mitchell’s Hejira. The two best things I’m hearing both have Pastorius all over them.

Jaco is true to his word and does indeed call me months later. It’s the beginning of a severe winter, and Weather Report is starting work on a new album. I’m invited to come out and audition in the form of recording for a day in the studio with the band. With the combined elements of the weather being so bad (making it risky for me to fly out and back in for a Maynard tour without possibly hanging him up) and my lack of studio experience, I turn down the offer to play with Weather Report! “Sorry, I’d love to do it, but the timing just isn’t right.” Without my realizing it, this makes some sort of good impression. The band proceeds to work on the album that would become Mr. Gone with drummers Steve Gadd and Tony Williams. Eventually, a tour of Japan and Australia is planned and Weather Report needs a drummer for that. I get the call again, and this time I accept the invitation.

I bid Maynard and the band farewell and fly out to L.A., checking into the Sunset Marquis, Jaco’s hotel of choice. He’s nowhere to be found that evening. I find out later that he was up the street at the Roxy, attending a CBS Records album rollout gig for Billy Cobham. (Jaco later brags to me that he and Stanley Clarke were picking grapes, raisins and nuts from a record-company-supplied fruit basket and throwing them at Billy during one of his drum solos.) Rehearsal is set to begin early the next afternoon, and I decide to walk from the hotel situated near La Cienega Blvd. in Hollywood to the S.I.R. rehearsal studio that’s located near Highland Ave., a distance of two and a half miles.

It must be 6:30 or 7 p.m. by the time Joe Zawinul, Wayne Shorter and Jaco enter the rehearsal studio together from the parking lot. I’m happy to see Jaco and walk over to greet him, but he only smiles, waves and departs as quickly through the doorway as he had entered. Instead, I shake hands with Joe, who has a small, dried-out marijuana roach stuck to his lower lip. He stares at me and shakes my hand, almost glumly. Wayne is far friendlier and smiles warmly and broadly. They go their way toward the stage where the band setup is waiting.

After we’ve set up and started playing, I look out into the rehearsal space and see Jaco re-entering the building, this time with a six-pack of Heineken and a big smile. He quickly deposits the beer into the studio fridge and jumps up onto the stage, turning to catch a Fender bass that’s airborne as soon as he is ready to catch it. He grabs it with ease and fastens the strap around himself, turns a knob and we’re off to the races. What unfolds is an impromptu medley of Weather Report tunes, all sounding very familiar to me because I had done my listening homework. The experience feels as familiar as possible, and yet I know I am on new ground and that I am, in effect, playing for my life.

We cover a lot of musical ground and play a lot of tunes non-stop for over 40 minutes without a word being spoken. I look out into the rehearsal space at some point during all of this and see saxophonist Tom Scott (whom Jaco had invited to come over) standing there motionless with his mouth open. By this time we are playing “Gibraltar,” which has a rousing vamp for a finale, and we all seem to know that it’s time to end together, Zawinul confirming this with a jubilant and vigorous nod of his head. “Bup-bup-buh, bap-bu-DAP!” The guys are high-fiving and laughing and smiling and I’m catching my breath. But, of course, I am smiling too, and this all seems like a good thing. This is confirmed by rehearsal being called for the night, with a photo session hurriedly scheduled for the following day.

The night, however, has just begun, and I’m riding shotgun with Jaco as we go from one L.A. landmark to another, ending up at the former home of Stan Laurel. From a jam session with Michel Colombier to a drawn-out existential dialogue between Jaco and Steve Gadd that I overhear from the couch where I’m napping (and left to wonder how in the world these guys can stay up so late), I discover that Jaco’s sound is indeed in his hands and that Tom Scott is a nice fellow, and that Jaco and Steve can really talk.

Jaco takes me to a clothing store on Santa Monica Blvd. the next morning so I can get some hip stage clothes as well as something for the band photo. I put on my new white T-shirt and join Joe Zawinul and Wayne Shorter, who have been waiting for us to get into the picture.

The following is an official statement from the family of the late Elvin Jones, received at the JazzTimes office earlier today, December 14. The family … END_OF_DOCUMENT_TOKEN_TO_BE_REPLACED

David Ornette Cherry, a multi-instrumentalist, composer, and poet who worked to merge the jazz tradition with classical and various African and world music traditions, died … END_OF_DOCUMENT_TOKEN_TO_BE_REPLACED

Mick Goodrick, a guitarist and teacher who was arguably the most influential guitar pedagogue in the history of jazz, died November 16 at his home … END_OF_DOCUMENT_TOKEN_TO_BE_REPLACED

Terry Woodson, a trombonist, arranger, librarian, copyist, conductor, and record producer, passed away on October 19. A graduate of the University of Tulsa, he joined … END_OF_DOCUMENT_TOKEN_TO_BE_REPLACED