Skip to content
Become a member and get exclusive access to articles, live sessions and more!
Start Your Free Trial
Home > Features > Marty Napoleon, Pianist for Louis Armstrong, Dies at 93 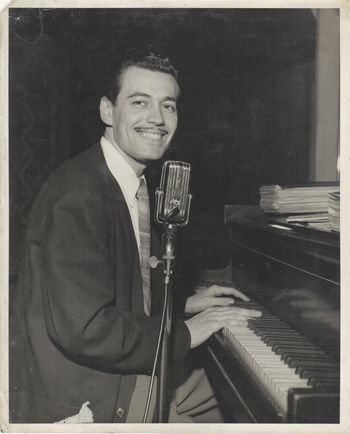 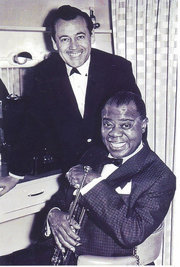 Pianist Marty Napoleon, who accompanied Louis Armstrong for nearly 20 years, died April 27 in Glen Cove, N.Y. He was 93; the cause of death was not reported. Napoleon was still performing until recently.

Napoleon, born July 2, 1921, in Brooklyn, joined Armstrong’s All Stars in 1952 and remained with the singer/trumpeter until Armstrong’s death in 1971. Prior to working with Armstrong, Napoleon, who was self-taught, played alongside Chico Marx of the Marx Brothers and was a member of a quartet with saxophonist Charlie Ventura, bassist Chubby Jackson and drummer Buddy Rich. He also played with Nat King Cole, Coleman Hawkins and Gene Krupa.

Meghan Stabile, an innovative jazz promoter, producer, organizer, curator, and advocate who proudly adopted the New York Times’ description of her as a “modern impresario,” … END_OF_DOCUMENT_TOKEN_TO_BE_REPLACED

Grachan Moncur III, a trombonist and composer who forged a unique identity in the “new thing” of 1960s jazz, died in his longtime home city … END_OF_DOCUMENT_TOKEN_TO_BE_REPLACED

Charnett Moffett, a bassist and composer whose virtuosity on both electric (often fretless) and acoustic instruments was matched by his versatility, died April 11 at … END_OF_DOCUMENT_TOKEN_TO_BE_REPLACED

Ron Miles, a cornetist, composer, and educator who became a revered and innovative figure in jazz while maintaining a career in the far-flung state of … END_OF_DOCUMENT_TOKEN_TO_BE_REPLACED