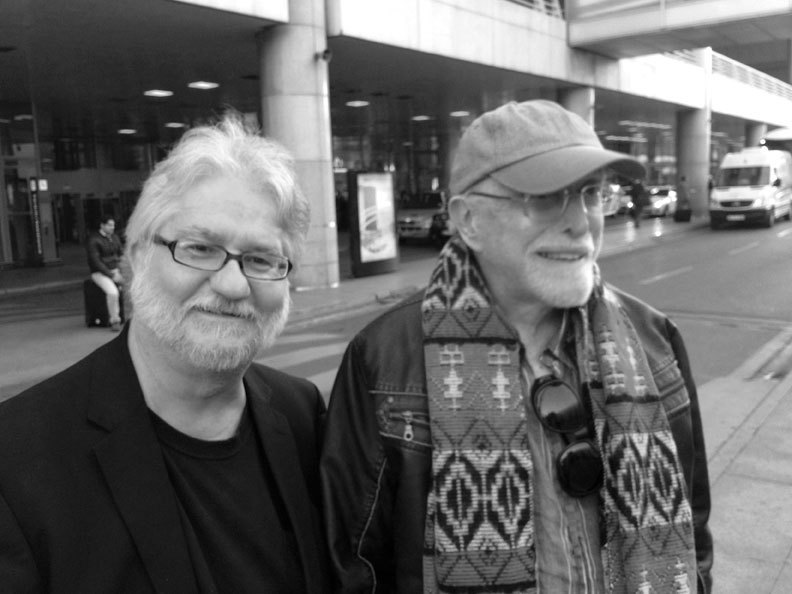 George Mesterhazy was a legend in his own lifetime. Last spring, on hearing of George’s sudden passing, I was still mourning my brother, Doc Murphy, so losing George felt that much more intense. Here are some thoughts on a man I knew for quite some time and feel extremely fortunate to have known. Besides his pianistic and overall musical talents, George had something extra-a full-on joie de vivre.

George had a way of accompanying me that never left anything unsaid, and this will be hard, if not impossible, to replace. The fact that he had been Shirley Horn’s pianist in her later years gave us a secret weapon, since Shirley and I shared a certain sensibility that George instinctively understood. He had that “mysterious” component locked down, some magic up his sleeve, if you will. George knew how to set up a sparse accompaniment, to play the “unsaid” chords. There aren’t many people left who are that hip, with such an unflagging dedication to detail, who are so determined to find just the right way to say something musically. Everywhere we went, fellow musicians marveled at George’s chops, his subtleties and his ideas for arrangements. In Berlin, trumpeter Till Brönner was knocked out by him, as was the whole band.

When traveling around the world giving concerts, having dinners, waiting around at airports and such, not everyone is fun to be with. But George was. Being with him was what we call “a great hang,” as he was always up for a good time. He was a genuinely jolly and kind fellow with a huge heart. In other words, he was not only a great and unique musician but a great person as well. He was blessed with such warmth, dedication and sincerity-qualities to treasure, and unusually rare.

I remember being so knocked out at his wake in Cape May. There were literally thousands of mourners! George clearly made every one of us feel we were a close friend, such was his warmth. We recently visited his darling Vicki in Cape May, and it was such a pleasure to reminisce about George, and for all of us to heal just a little bit in the aftermath of his passing. He leaves a space that will likely never be filled. There really was no one like him. He may not have been world famous, but he certainly deserved to be.

Meghan Stabile, an innovative jazz promoter, producer, organizer, curator, and advocate who proudly adopted the New York Times’ description of her as a “modern impresario,” … END_OF_DOCUMENT_TOKEN_TO_BE_REPLACED

Grachan Moncur III, a trombonist and composer who forged a unique identity in the “new thing” of 1960s jazz, died in his longtime home city … END_OF_DOCUMENT_TOKEN_TO_BE_REPLACED

Charnett Moffett, a bassist and composer whose virtuosity on both electric (often fretless) and acoustic instruments was matched by his versatility, died April 11 at … END_OF_DOCUMENT_TOKEN_TO_BE_REPLACED

Ron Miles, a cornetist, composer, and educator who became a revered and innovative figure in jazz while maintaining a career in the far-flung state of … END_OF_DOCUMENT_TOKEN_TO_BE_REPLACED