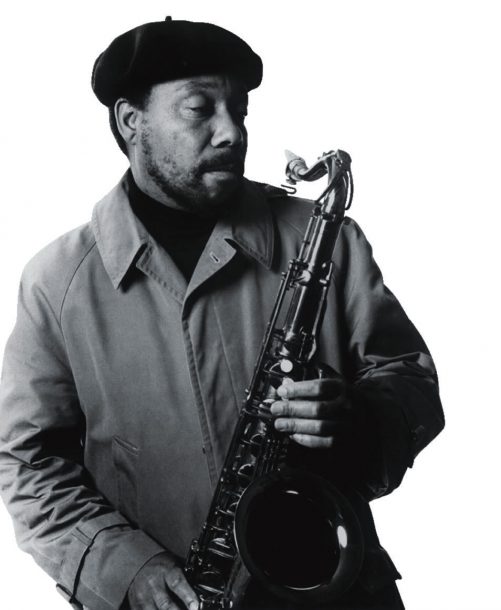 Lucky Thompson was the bridge between swing and bebop. Lucky, Dexter Gordon and Don Byas were among the ones who showed up in New York at the time when the transition had to be made. Lucky had the brains, which was why Bird and others included him on their sessions. He wasn’t the most technically proficient guy, on the level of a Bird or a Sonny Rollins, but he had the brains to overcome his technical limitations. And, like all of the musicians who decide to put in the work of a craftsman and learn the music from the ground up, he had his own sound. You don’t have to look at any one aspect of his playing; Lucky was just his own person.

I was fortunate enough to meet Lucky in 2002. A guy named Philip Cody and his wife, Evie, had gotten to know Lucky and were going to visit him in the nursing home where he lived in Seattle. Phil emailed me and asked if I wanted to meet Lucky Thompson, so I just picked myself up and went along with my dad, who was also with me on the West Coast. I had heard that Lucky didn’t talk, but he talked to us. I think music meant more to him than he let on, but it had disappointed him so much. He had that distant look on his face, but he asked me my name, and we talked—about music, not about him. He picked up my tenor and just popped the keys and said, “This horn has a sound,” just popping the keys and looking at me. Then he asked me to play tunes, a lot of which were things from the ’30s that I didn’t know. I wish I had written them down and learned them. Then he asked me to play like Charlie Parker and like Sonny, and he liked that. He claimed that he didn’t remember any of his music, but I had brought some of his records with me, and when I played Lucky Strikes he froze. Then he started telling stories about the musicians on the date.

People should get the stuff he did with Bird—”Moose the Mooche” and “Ornithology” and those tracks. His albums from the ’60s, Lucky Strikes and Happy Days Are Here Again, are killers, too. He just had this really interesting way of playing.

The following is an official statement from the family of the late Elvin Jones, received at the JazzTimes office earlier today, December 14. The family … END_OF_DOCUMENT_TOKEN_TO_BE_REPLACED

David Ornette Cherry, a multi-instrumentalist, composer, and poet who worked to merge the jazz tradition with classical and various African and world music traditions, died … END_OF_DOCUMENT_TOKEN_TO_BE_REPLACED

Mick Goodrick, a guitarist and teacher who was arguably the most influential guitar pedagogue in the history of jazz, died November 16 at his home … END_OF_DOCUMENT_TOKEN_TO_BE_REPLACED

Terry Woodson, a trombonist, arranger, librarian, copyist, conductor, and record producer, passed away on October 19. A graduate of the University of Tulsa, he joined … END_OF_DOCUMENT_TOKEN_TO_BE_REPLACED