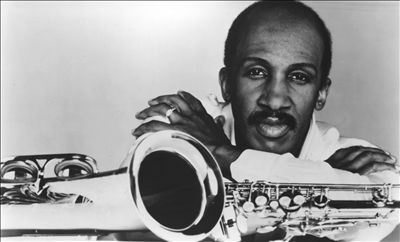 Wilton Felder was a great sax player, bass player, producer and arranger. What a tone! He set the standard for the Texas tenor sound that guys have been emulating for the last 40 years. It became a part of pop and jazz.

When I was first called in to do a Crusaders session, in ’71, my session career had just begun to get busy. I hadn’t met any of them at that point except for keyboardist Joe Sample. He had heard me at a session for Donovan on a Friday night, where we’d played a little bit before the session began. Then on Monday morning, my phone rang and I was asked if I could record with the Crusaders for the next two weeks. I’d been a fan of the band since I bought my first Jazz Crusaders album at 14 or 15. I had fallen in love with their sound. Wilton’s sax really touched me, and I learned a tenor solo of his off the record.

They had no preconceived idea of what I could and would sound like, what I would bring to the band, and they just let me be and let me find my way. In the studio, Wilton believed very strongly in what he believed in, but he was open to hearing what was around him. The Crusaders were lucky enough to be able to take time in the studio, so it might take an hour of just searching around, everybody finding something. But I remember Wilton being the one who’d say, “No, no, play that right there,” to one of the guys, and then helping to organize the rhythm parts.

I got to play pretty free on those dates. I was the lead voice, if you will, but he put together some rhythm things that made those tracks feel just great. I remember when we cut “So Far Away”-and I didn’t know this till years later-when I first did my little volume-pedal swells, Stewart Levine, the producer, and Rik Pekkonen, the engineer, were in the booth and said, “What the hell was that?” They had never heard anything like that before. The guys-Wilton, Joe, Stix Hooper and Wayne Henderson-they didn’t say anything, but if you listen, we were just passing the ball around. At the end of the song, Wilton nodded to me to play, and I played for three or four minutes straight on the end of that tune.

I also did many sessions with Wilton playing bass. One album that comes to mind is Keeper of the Castle, by the Four Tops. Wilton could read anything, and the great arranger Gene Page would write out all the bass parts. Wilton could read all of them and interpret them with great feel and time, and then add his own thing to it. He would work on the bass part until it was exactly what he wanted. When Wilton was playing bass, he was the leader of the rhythm section. He could hear two guitar parts that would fit together like a glove against a bassline, and the bassline was fitting together against the drums. He had a gift of putting together those kinds of parts, where all of a sudden your track became this unit of power that’s so simple, everything in its right spot. Many, many times it was Wilton who was humming the guitar part to one of the guys, and they would lock on to that part and he would add another part.

I didn’t see him after I left the Crusaders, because they were getting more into rhythm and funk and I’m a melodic player. But we parted on good terms.

Meghan Stabile, an innovative jazz promoter, producer, organizer, curator, and advocate who proudly adopted the New York Times’ description of her as a “modern impresario,” … END_OF_DOCUMENT_TOKEN_TO_BE_REPLACED

Grachan Moncur III, a trombonist and composer who forged a unique identity in the “new thing” of 1960s jazz, died in his longtime home city … END_OF_DOCUMENT_TOKEN_TO_BE_REPLACED

Charnett Moffett, a bassist and composer whose virtuosity on both electric (often fretless) and acoustic instruments was matched by his versatility, died April 11 at … END_OF_DOCUMENT_TOKEN_TO_BE_REPLACED

Ron Miles, a cornetist, composer, and educator who became a revered and innovative figure in jazz while maintaining a career in the far-flung state of … END_OF_DOCUMENT_TOKEN_TO_BE_REPLACED