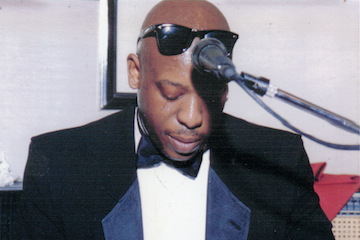 Keyboardist Alan Watson, who played during his nearly four-decade career with such musicians as Regina Belle, Terence Blanchard (who was once his roommate), Frank Lacy, Louis Hayes, Bobby Watson, Kenny Garrett, Lewis Nash, Cassandra Wilson and others, died March 20 of unspecified causes. He was 54 and had been living for the past 15 years in Roanoke, Va., where he performed with singer Jane Powell and others.

Born in Jersey City, N.J., in 1960, Watson began playing guitar, bass and drums at age 11, then flute and alto sax, before taking an interest in the piano. His career in jazz began in 1978 while studying with pianist Kenny Barron and guitarist Ted Dunbar. He performed in Atlantic City and in Texas, eventually specializing in both piano and the Hammond organ. In addition to playing jazz, Watson performed R&B with such artists as Kool and the Gang, Chaka Khan and Peabo Bryson. He returned to New Jersey in 1994 and suffered kidney failure in 2000, at which time he made the move to Virginia. He continued to perform both jazz and funk there.

Meghan Stabile, an innovative jazz promoter, producer, organizer, curator, and advocate who proudly adopted the New York Times’ description of her as a “modern impresario,” … END_OF_DOCUMENT_TOKEN_TO_BE_REPLACED

Grachan Moncur III, a trombonist and composer who forged a unique identity in the “new thing” of 1960s jazz, died in his longtime home city … END_OF_DOCUMENT_TOKEN_TO_BE_REPLACED

Charnett Moffett, a bassist and composer whose virtuosity on both electric (often fretless) and acoustic instruments was matched by his versatility, died April 11 at … END_OF_DOCUMENT_TOKEN_TO_BE_REPLACED

Ron Miles, a cornetist, composer, and educator who became a revered and innovative figure in jazz while maintaining a career in the far-flung state of … END_OF_DOCUMENT_TOKEN_TO_BE_REPLACED