Skip to content
Become a member and get exclusive access to articles, live sessions and more!
Start Your Free Trial
Home > Features > Kenny Wheeler, Trumpeter and Flugelhornist , Dies at 84 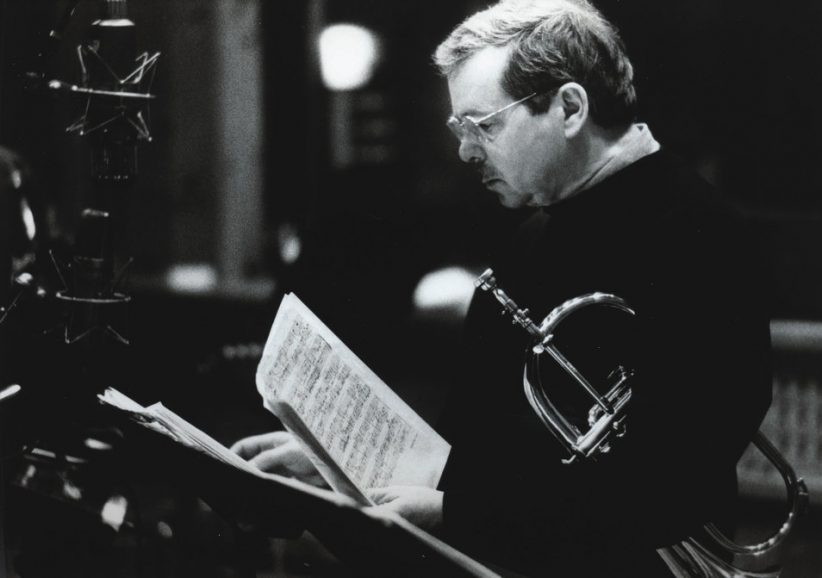 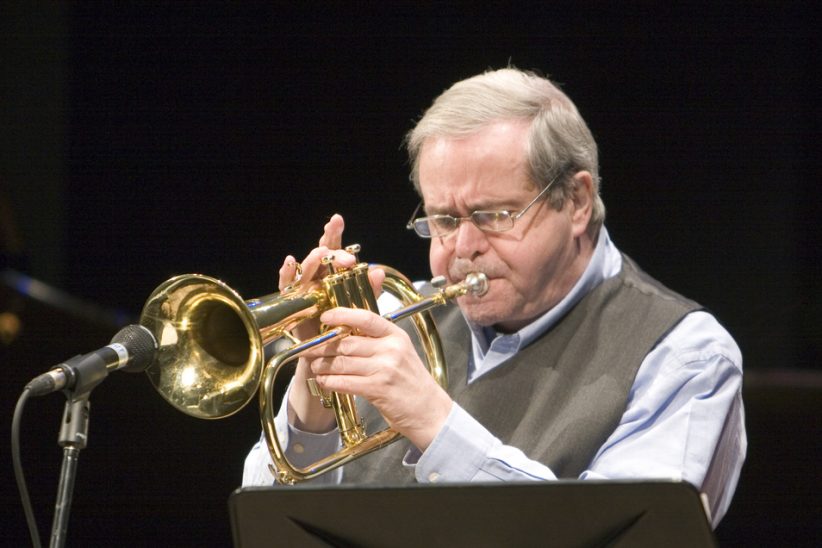 Kenny Wheeler, the trumpet and flugelhorn great who was born in Canada but spent most of his life in Britain, where he became a major jazz star, died today (Sept. 18) at age 84. The place and cause of death were not announced but Wheeler had been in ill health for some time; he’d been living in a London nursing home and had recently been hospitalized.

Born Kenneth Vincent John Wheeler in Toronto, Ontario, Jan. 14, 1930, Wheeler-who once said about himself, “Everything I do has a touch of melancholy and a touch of chaos to it”-began playing cornet at age 12 and studied at Toronto’s Royal Conservatory. In 1952, he moved to England and he made the country his home for the six-plus decades that would follow, playing initially alongside the top jazz musicians in the U.K., including Ronnie Scott and Tubby Hayes.

Wheeler’s versatile approach ultimately allowed him to move seamlessly between big bands, post-bop, fusion and free jazz outfits-in 1959 he played the Newport Jazz Festival with British saxophonist John Dankworth, but by the ’70s he’d aligned with free jazz titans such as Anthony Braxton (in whose quartet he served from 1971-76) and Derek Bailey. Beginning in the mid-’70s, Wheeler was also a member of the longstanding trio Azimuth, which featured vocalist Norma Winstone and pianist John Taylor.

Wheeler released his debut album as a leader, Windmill Tilter (recorded with Dankworth’s orchestra), in 1969. In 1975, Wheeler recorded his first of several titles for ECM, Gnu High, which featured Keith Jarrett, Dave Holland (with whom Wheeler worked for four years during the ’80s) and Jack DeJohnette. He also released albums under his own name for CBC, Soul Note and, in the 2000s, CAM Jazz.

As an educator, Wheeler was a founding patron of the Junior Jazz program at Britain’s Royal Academy of Music and was the subject of a year-long exhibition about his life and work at the Academy Museum.

Meghan Stabile, an innovative jazz promoter, producer, organizer, curator, and advocate who proudly adopted the New York Times’ description of her as a “modern impresario,” … END_OF_DOCUMENT_TOKEN_TO_BE_REPLACED

Grachan Moncur III, a trombonist and composer who forged a unique identity in the “new thing” of 1960s jazz, died in his longtime home city … END_OF_DOCUMENT_TOKEN_TO_BE_REPLACED

Charnett Moffett, a bassist and composer whose virtuosity on both electric (often fretless) and acoustic instruments was matched by his versatility, died April 11 at … END_OF_DOCUMENT_TOKEN_TO_BE_REPLACED

Ron Miles, a cornetist, composer, and educator who became a revered and innovative figure in jazz while maintaining a career in the far-flung state of … END_OF_DOCUMENT_TOKEN_TO_BE_REPLACED