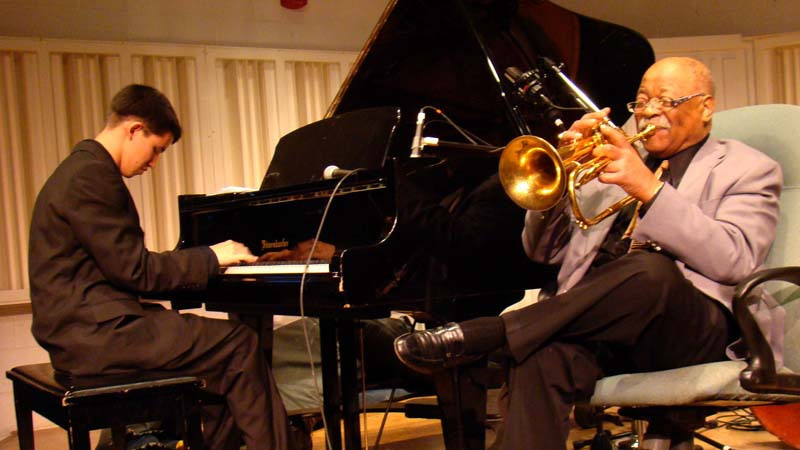 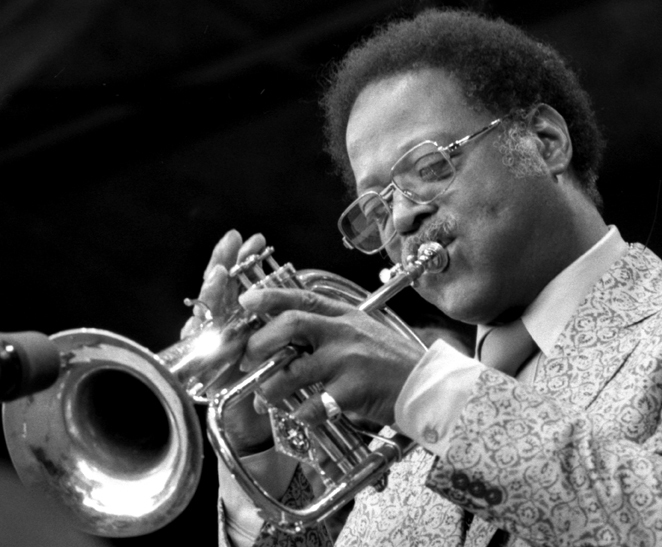 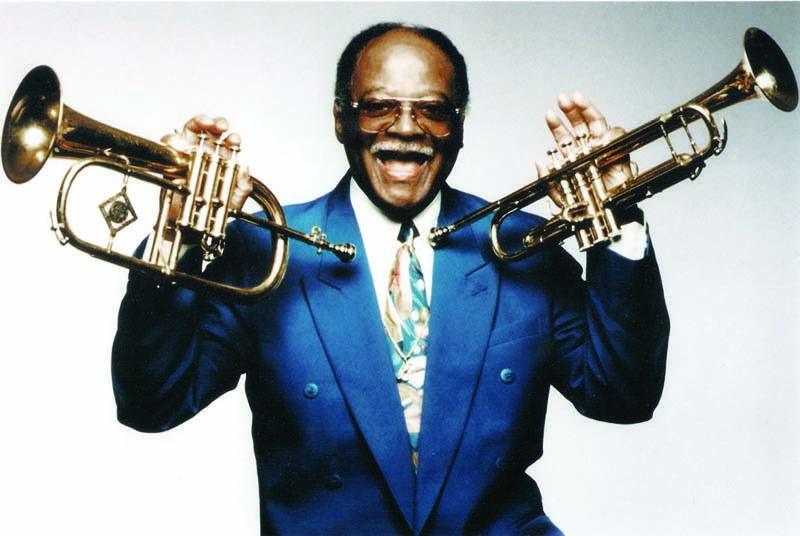 Clark was a perfect example of someone who lived to share and to be there for others. I was a freshman at William Paterson University when I met him. A buddy of mine named Al Hicks, who directed the documentary Keep on Keepin’ On, already knew Clark. Clark was losing his vision because of diabetes. Al thought, “Let me bring Justin over to the house.” I had been blind since I was 11. I thought, “Sure, I’d love to meet Clark Terry!” So I actually didn’t meet him on purely musical circumstances; it was because of this connection that we had.

Just being around Clark was very comfortable, right from the beginning. He had a gift for immediately making you feel at home. When I sat down to talk with him about losing my sight, he was sitting on the side of his bed and I sat next to him. Right away he was telling jokes and being the person that he was. He had a passion that permeated everything.

He was extremely open, and he was a teacher almost until the end. It really did bring a spark to his life. He said, “When you’re teaching, you’re learning.” He really lived by that. When we were working on phrases, it would go either way. I would play something that he was interested in and we’d work on that, or he would sing something real hip. He had a constant curiosity and desire to continue to grow.

At one point he decided he wanted to form a band with some of the students at William Paterson, so I played in that group with him. Because of that, and because we liked to be around him so much, we would hang around his house after the rehearsals. At least a couple times a week we’d go over and listen to records. It just seemed like a natural thing to do: If Clark Terry was around, we wanted to spend as much time as possible with him.

From there he moved down to Arkansas, and when that happened it was harder for people from New York to visit, but Al and I and other people from the group still made a point of going down to visit and spend a couple weeks with him. That was obviously helpful for us, to learn and to be with him and his wife, Gwen. But it was also really good for him to feel like he was connected, to be around people. In some way, we gave him an opportunity to continue being himself.

I was with him just a little under a month before he passed, in the hospital, almost the whole night. He was up reminiscing about his time with Miles and his earlier years. He would always ask, “Do you know this song?” and that night it was “Sweet Lorraine,” so we sang “Sweet Lorraine” for a few hours. He never stopped!

He was all about community. Spending time with Clark taught me what it is to hang. You spend time just listening to records, and those moments, those hours, are what make a band sound great-you’re happy to be around those people. It’s not just about being on the bandstand together; it’s about cultivating a community. It was just second nature for Clark.

Justin Kauflin is a pianist, composer and Terry’s co-star in the award-winning 2014 documentary Keep on Keepin’ On.

Meghan Stabile, an innovative jazz promoter, producer, organizer, curator, and advocate who proudly adopted the New York Times’ description of her as a “modern impresario,” … END_OF_DOCUMENT_TOKEN_TO_BE_REPLACED

Grachan Moncur III, a trombonist and composer who forged a unique identity in the “new thing” of 1960s jazz, died in his longtime home city … END_OF_DOCUMENT_TOKEN_TO_BE_REPLACED

Charnett Moffett, a bassist and composer whose virtuosity on both electric (often fretless) and acoustic instruments was matched by his versatility, died April 11 at … END_OF_DOCUMENT_TOKEN_TO_BE_REPLACED

Ron Miles, a cornetist, composer, and educator who became a revered and innovative figure in jazz while maintaining a career in the far-flung state of … END_OF_DOCUMENT_TOKEN_TO_BE_REPLACED