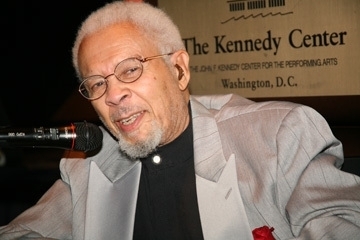 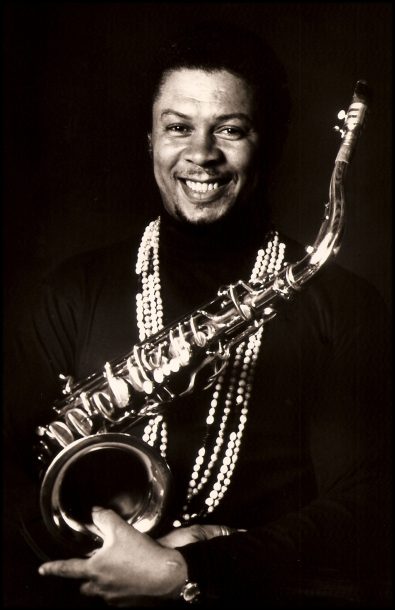 My favorite story about Frank Foster as an arranger took place at a jazz education conference. Frank was scheduled to do a master class on arranging, and I went to hear him. He had 60 minutes, during which he was going to write an arrangement for the Basie band, which Bill Hughes was directing at the time, and the band was going to perform it right there. At around 50 minutes he said, “OK, we’re ready,” and he counted it off and it was this unbelievable arrangement. He did it in less than an hour. I was just knocked out!

I first became aware of Frank Foster when I was around 11 or 12. But I first met him when I was a member of the Thad Jones/Mel Lewis band. He would pop in and out and we did a tour of Europe when I was about 19. Frank started calling me “Son.” We would hang out and walk around. He would get something to drink and I would get a Coca-Cola. Then he started to call me for recording sessions or gigs with his own band, Loud Minority.

Another tour I did with Frank was with a small group: Frank, myself and Slide Hampton on horns, and they had Tommy Flanagan on piano, Grady Tate on drums, Keter Betts on bass, and Marlena Shaw singing. Frank did all the arrangements; but while everyone talks about him as an arranger, he was also a great saxophonist. And probably the most inspirational playing I saw Frank perform was when he did a recording at Jazz Standard for Mapleshade Records and he pulled out his soprano saxophone. He had had a stroke [in 2001] and had lost the use of his left arm and hand, and he played the soprano one-handed!

I think the most time we spent on the road was probably a month with the Philip Morris Superband tour through Europe, sometime in the late ’80s. It was around Thanksgiving. When we got to Spain, Frank started speaking to the audience in perfect Spanish. I didn’t know Frank spoke Spanish! Philip Morris had pulled out all the stops to prepare a Thanksgiving dinner for us. We had two dinners, one before the concert, and one after. The one before the concert they had this delicious vegetarian paella. I looked over and Frank had loaded up his plate. He had a big pile of rice and seafood and he ate it and then he went back for seconds. Then he picked up another big pile of paella. And after that he had a Thanksgiving meal as well. I started calling him “Paella.”

I became close to him and his wife, Cecilia. Frank was a very dedicated family man. His daughter spoke at the Abyssinian Baptist Church memorial to Frank, and one of the things she said was that they were living up in Scarsdale, N.Y., which was a pretty non-integrated community, and she was in school and one of her classmates called her the N-word. Frank heard that and went ballistic-he went up there and threatened everybody: their mamas and their daddies. He became known as the crazy jazz guy.

When I was directing the Carnegie Hall Jazz Band, we tapped into the talent of many great arrangers around New York. Frank was one of my favorites. He’d bring in an arrangement and it was right from the beginning. Some arrangers, you’d say, “This doesn’t feel right. Can we change this little thing?” But Frank’s arrangements were perfect from the get-go. He would also write these very challenging parts for trumpet players. They weren’t technically challenging, but more of an endurance test. Those were tough arrangements.

Frank, like Thad Jones, like Frank Wess, and like many of the people from that era, was very intelligent and he had a great sense of humor. He could laugh at himself and he didn’t put on any airs. He was a regular guy and fun to be around, but when it was time he was serious about the music. He elevated the art of the big band through his arrangements and his soloing, his performance. When Frank replaced [Eddie] Lockjaw [Davis] in Basie’s band-and Lockjaw was unbelievable-he brought a little something extra to the band with his arrangements. With Thad and Ernie Wilkins and Quincy Jones and Neal Hefti hitting those arrangements, oh my goodness! That’s probably the greatest ensemble band of all time. And Frank contributed mightily to that.

Meghan Stabile, an innovative jazz promoter, producer, organizer, curator, and advocate who proudly adopted the New York Times’ description of her as a “modern impresario,” … END_OF_DOCUMENT_TOKEN_TO_BE_REPLACED

Grachan Moncur III, a trombonist and composer who forged a unique identity in the “new thing” of 1960s jazz, died in his longtime home city … END_OF_DOCUMENT_TOKEN_TO_BE_REPLACED

Charnett Moffett, a bassist and composer whose virtuosity on both electric (often fretless) and acoustic instruments was matched by his versatility, died April 11 at … END_OF_DOCUMENT_TOKEN_TO_BE_REPLACED

Ron Miles, a cornetist, composer, and educator who became a revered and innovative figure in jazz while maintaining a career in the far-flung state of … END_OF_DOCUMENT_TOKEN_TO_BE_REPLACED