Skip to content
Become a member and get exclusive access to articles, live sessions and more!
Start Your Free Trial
Home > Features > John Chilton, British Musician and Author, Dies at 83 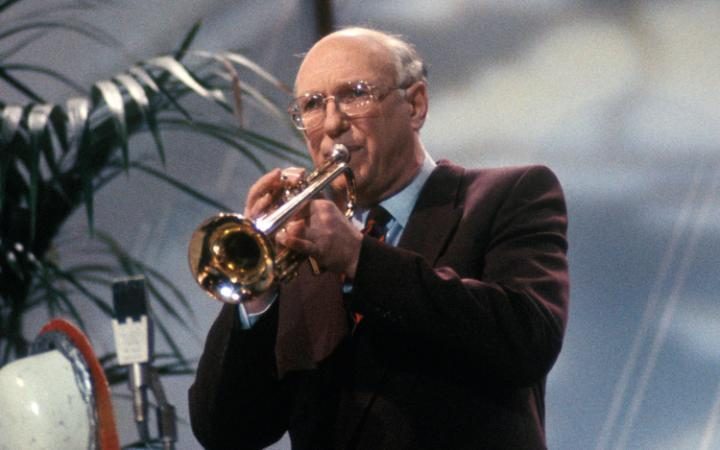 John Chilton, a British musician, author and composer, died Feb. 25 after a brief illness. No place of death was disclosed. Chilton was 83.

Chilton, a trumpeter, was known as leader of the the Feetwarmers, which performed every Christmas for more than 30 years at London’s Ronnie Scott’s jazz club. The group also had its own prime-time BBC series, Good Time George. During the 1960s Chilton played on English pop hits by the Swinging Blue Jeans, the Escorts and others.

Also an author, Chilton wrote Roy Eldridge: Little Jazz Giant and books on Billie Holiday, Sidney Bechet, Bob Crosby, Coleman Hawkins and others, plus Who’s Who of Jazz and an autobiography, Hot Jazz, Warm Feet. He won a Grammy in 1983 for his liner notes for an album by Bunny Berigan.

Born in London on July 16, 1932, Chilton began playing trumpet in his teens and was working as a professional musician by the late ’50s. He spent more than 30 years as an accompanist to singer George Melly.

Meghan Stabile, an innovative jazz promoter, producer, organizer, curator, and advocate who proudly adopted the New York Times’ description of her as a “modern impresario,” … END_OF_DOCUMENT_TOKEN_TO_BE_REPLACED

Grachan Moncur III, a trombonist and composer who forged a unique identity in the “new thing” of 1960s jazz, died in his longtime home city … END_OF_DOCUMENT_TOKEN_TO_BE_REPLACED

Charnett Moffett, a bassist and composer whose virtuosity on both electric (often fretless) and acoustic instruments was matched by his versatility, died April 11 at … END_OF_DOCUMENT_TOKEN_TO_BE_REPLACED

Ron Miles, a cornetist, composer, and educator who became a revered and innovative figure in jazz while maintaining a career in the far-flung state of … END_OF_DOCUMENT_TOKEN_TO_BE_REPLACED