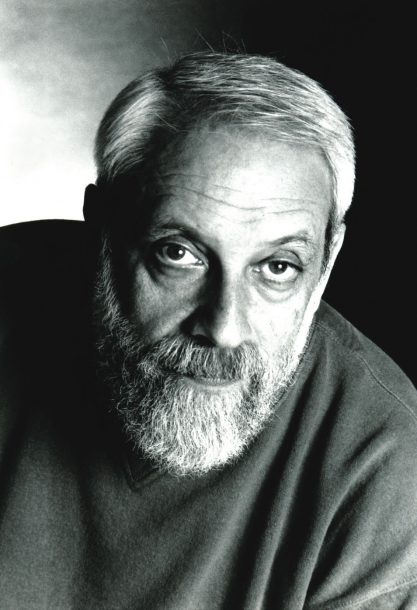 I don’t even remember when I met Joel. I feel like I’ve always known him. He’s like a brother in another life and we just bumped into each other again in a perfect situation. We could talk about anything; we could laugh about everything. He didn’t take none of this shit seriously, and that’s exactly the way I kind of think of myself from time to time.

The thing that allowed Joel to excel as a producer was being honest with himself and not claiming to know something he didn’t know, which was perfect for jazz musicians because they don’t want anybody telling them how to make a record. They want somebody to do all the technical stuff if they know that or get somebody to work with. But mainly a producer’s job is to say, “That feels good,” or, “That’s not happening, let’s do it again.” And in that sense, Joel was a divine injection into Atlantic Records. He wanted the music to be who the person was. He never tried to create an artificial situation by saying, “I want you to play with so-and-so and do such-and-such kind of album.” Joel never did any of that. Pop artists need that kind of direction. In that genre, the producer is the guy telling them almost everything, from choosing the songs to putting the musicians together and creating the whole package. But in jazz, that can’t work. You have to trust the musicians to do their thing. After that, all you can do is decide what is good and what is not good. In jazz, the bottom line is the musician, and Joel understood that.

Joel had great instincts and great ideas. He’s the guy who told me, “When you go to Switzerland, there’s a guy over there that I like very much named Eddie Harris. Why don’t you guys see if you can get together and come up with something?” And that’s how Swiss Movement came about. It was Joel’s idea. My trio was scheduled to play there at the Montreux Jazz Festival and Eddie’s band was supposed to play there as well, and since we were both on Atlantic Records, Joel suggested that we get together for one set of music. He had already discussed it with [Montreux promoter] Claude Nobs and the higher-ups at Atlantic and they all thought it was a great idea. We never had a rehearsal. I did get together with Eddie ahead of time to discuss the tunes, but that record was almost 90-percent spontaneous on the stage. Between songs, I had to sing the chorus into the guys’ ears and remind them of the changes. And that’s how we did it. It was another case of divine intervention.

Joel was a champion of the music throughout his career. He was always trying to help guys’ music get heard. And he had his own personal tastes, so when he had his own record companies later on, he knew what he was looking for.

My relationship with Joel went way beyond the music. He was much, much more than a producer to me. We talked almost every day at least once on the phone. The night before he died he called me but I missed the call and got a message on my machine: “Motherfucker! Pick up the damn phone! I got a joke for you.” We were naturally funny with each other, cracking each other up all the time. Joel and I had a relationship that cannot be put into words. It was a blessed relationship. He always made me laugh. Laughter is the best medicine. He and I had it, and we made sure we had it. Gotta have it. He was truly one of the greatest friends in my lifetime and I’m just thankful he and I knew each other. I wish I could know a woman like that. That’s how deeply I feel about Joel.

Meghan Stabile, an innovative jazz promoter, producer, organizer, curator, and advocate who proudly adopted the New York Times’ description of her as a “modern impresario,” … END_OF_DOCUMENT_TOKEN_TO_BE_REPLACED

Grachan Moncur III, a trombonist and composer who forged a unique identity in the “new thing” of 1960s jazz, died in his longtime home city … END_OF_DOCUMENT_TOKEN_TO_BE_REPLACED

Charnett Moffett, a bassist and composer whose virtuosity on both electric (often fretless) and acoustic instruments was matched by his versatility, died April 11 at … END_OF_DOCUMENT_TOKEN_TO_BE_REPLACED

Ron Miles, a cornetist, composer, and educator who became a revered and innovative figure in jazz while maintaining a career in the far-flung state of … END_OF_DOCUMENT_TOKEN_TO_BE_REPLACED