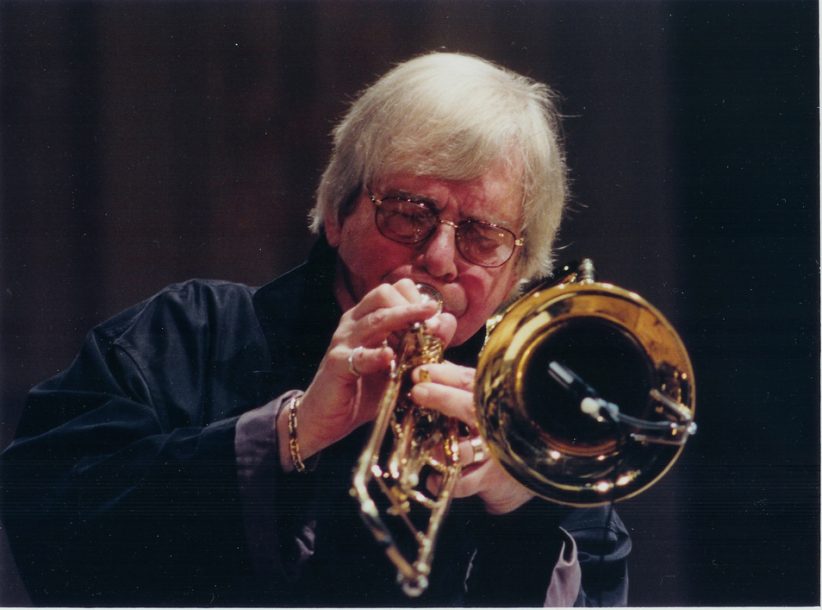 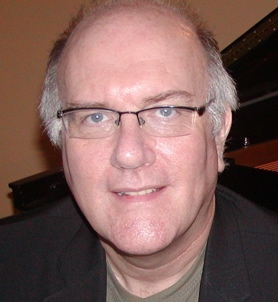 In Music Is My Mistress, Duke Ellington invokes the image of himself as a young boy leaving his home and embarking on a journey. At certain points, standing on a street corner, unable to decide which way to go, a kind adult takes him, turns him in a particular direction and says, “Here, go this way.” In my journey the most important “kind adult” was Bob Brookmeyer.

Bob played a number of roles in my life. The most important was that of mentor. The freelance world typically does not have the built-in mentoring system that more structured professions offer. I was very lucky that this generous man saw something in me and challenged me to develop what he saw as my talent. Whatever reputation I enjoy today as a composer/arranger/conductor can be traced back to early 1979, when I was the pianist with the Thad Jones/Mel Lewis Orchestra. Thad had left to assume the chief conductor’s job with the Danish Radio Big Band. Mel took over leadership of the band, and brought Bob in as musical director. He’d had his ups and downs in the ’70s, but came into Mel’s band ready to enter the next great chapter of his life. I remember when he brought in his now-classic arrangement of “Skylark.” Before we played it at the Vanguard for the first time, he told me, “If this doesn’t work, I’m not gonna bother with anything else.” As I played the final phrase, absolutely stunned, I thought, “Damn, I guess he’ll be writing some more!”

Bob encouraged my efforts as a writer. He brought me to Cologne as a soloist (along with Mel) for his WDR projects, and he hired me to do some of the writing. He helped set up my first project in Cologne, which led to many years of working with them and many other European groups, including the Danish Radio band. Which led to writing for the Carnegie Hall Jazz Band. Which led to my re-joining the Vanguard Jazz Orchestra and writing two CDs for them. Which led to my current position as chief conductor of the HR (Frankfurt) Big Band. Through all of this, I was continually encouraged by “The New Hampshire Flash,” as he called himself.

But our relationship was even more layered than that. Compositionally, Bob had a huge impact. The music in the second album he wrote for Mel’s band, containing “Make Me Smile” and “Nasty Dance,” opened my ears and head to a huge new vista as a jazz composer. At this point in his career he could have just rested on his laurels as the “Bobby Brookmeyer” people remembered from the ’60s. But he kept pushing himself and exploring.

We never engaged in formal lessons. But we had many discussions on bus rides during tours with Mel’s band. He would show me scores, introducing me to white chocolate in the process! And there were many times when I’d drive up to his house in Goshen, N.Y., on a Sunday. We’d listen to some music, talk about mutes, watch a Giants game on TV, get a bite to eat, listen to more music. Those were good days.

Bob was a great improviser, and it was an exciting challenge to play with him and support what he did without getting in the way. A lot of his younger fans have little, if any, awareness of Bob’s early career as a player. Coming from Kansas City, he knew about the power of the quarter note. Boom-boom-boom-boom: right in the pocket. His trombone playing was at times incredibly lyrical, but at other times wonderfully gruff and rough. And don’t forget his ability as a pianist. There’s The Ivory Hunters, where he met Bill Evans in a duo piano setting. And his own Blues Suite, from 1959, where he blends influences like Monk and Ellington into some of the most wonderfully cranky piano playing you’ll ever hear!

These were all very important musical relationships. But I think that the most important role Bob played in my life was that of friend. He was more than that, actually; he was my very hip uncle. We’d talk about life, politics, music and love. When Marie and I got married, we had our rehearsal dinner at his place in Brooklyn (back when I called him “Brooklyn Bob”). The next morning his rocket-fuel coffee had me hyperventilating on the altar! And then Bob found Jan; well, that was a match made in heaven.

I’m going to miss his friendship, his support, his laugh. His musical legacy lives on, with me, Maria Schneider, John Hollenbeck and so many others. Thank you, Bob, for being that “kind adult.” I’ve learned my way around the neighborhood pretty well, but sometimes still find myself asking, “What would Bob do?”

The following is an official statement from the family of the late Elvin Jones, received at the JazzTimes office earlier today, December 14. The family … END_OF_DOCUMENT_TOKEN_TO_BE_REPLACED

David Ornette Cherry, a multi-instrumentalist, composer, and poet who worked to merge the jazz tradition with classical and various African and world music traditions, died … END_OF_DOCUMENT_TOKEN_TO_BE_REPLACED

Mick Goodrick, a guitarist and teacher who was arguably the most influential guitar pedagogue in the history of jazz, died November 16 at his home … END_OF_DOCUMENT_TOKEN_TO_BE_REPLACED

Terry Woodson, a trombonist, arranger, librarian, copyist, conductor, and record producer, passed away on October 19. A graduate of the University of Tulsa, he joined … END_OF_DOCUMENT_TOKEN_TO_BE_REPLACED