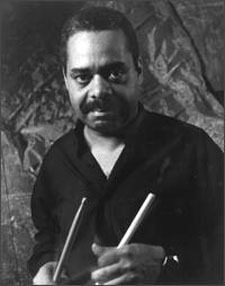 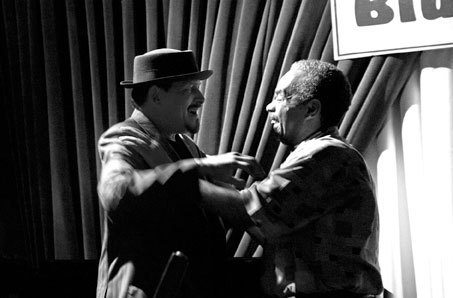 Steve Berrios was a great drummer and a real Latin-jazz innovator. He knew how to adapt the Afro-Cuban to the jazz with such good taste, and how to translate the language of the batá drums for the American trap drum set. He was one of the few who could really swing and who understood what the swing was about. He had the essence of Art Blakey, Philly Joe Jones, Max Roach, Julito Collazo, Mongo Santamaría and Los Muñequitos de Matanzas. He was on the road with Art Blakey for many years, and he was in Max Roach’s M’Boom.

We met in the ’60s, when I was still at the High School of Music & Art and my brother Andy and I were playing with Monguito Santamaría. At that time Steve was playing with Mongo Santamaría’s band, and I remember doing a few gigs opposite them at the Village Gate and the Bottom Line. We would bump into each other at rumbas in the parks, concerts and “toques de santo,” and eventually we founded the Nuyorican Village. We started workshops there and I started a band called Hand Drum Control (which would later turn into Jerry González & the Fort Apache Band) with Steve on drums. When the Nuyorican Village closed, we moved to the Soundscape, where we continued our performances together.

In the late ’70s, when I started the Fort Apache Band, I was looking for someone who could really combine the Afro-Cuban and the jazz essence as one-someone who could switch gears effortlessly without losing the beat or the feeling of swing. Steve was it, the perfect combination. We both played trumpet and Afro-Cuban percussion, we thought alike, we had the same kind of taste and we knew what we wanted to do together. We played a lot together and listened to much music of the world. We discussed how to approach things, remembering what to use and what to leave out in order to keep the overall swing of things bilingual. We agreed and disagreed to the point of philosophical difference, until the answers became truly undeniable. Then came the execution of what we were discussing: “It’s hard work having a good time!” was one of our sayings. After years traveling on the road together and sharing all types of moments, good and bad, the band developed its own internal language.

Just a couple of weeks before Steve passed away, Fort Apache played at the Blue Note in New York for a week. Who could have imagined that would be our last gig together? Steve was my brother. We played together for more than 45 years. The loss is too great. I miss him terribly.

Meghan Stabile, an innovative jazz promoter, producer, organizer, curator, and advocate who proudly adopted the New York Times’ description of her as a “modern impresario,” … END_OF_DOCUMENT_TOKEN_TO_BE_REPLACED

Grachan Moncur III, a trombonist and composer who forged a unique identity in the “new thing” of 1960s jazz, died in his longtime home city … END_OF_DOCUMENT_TOKEN_TO_BE_REPLACED

Charnett Moffett, a bassist and composer whose virtuosity on both electric (often fretless) and acoustic instruments was matched by his versatility, died April 11 at … END_OF_DOCUMENT_TOKEN_TO_BE_REPLACED

Ron Miles, a cornetist, composer, and educator who became a revered and innovative figure in jazz while maintaining a career in the far-flung state of … END_OF_DOCUMENT_TOKEN_TO_BE_REPLACED