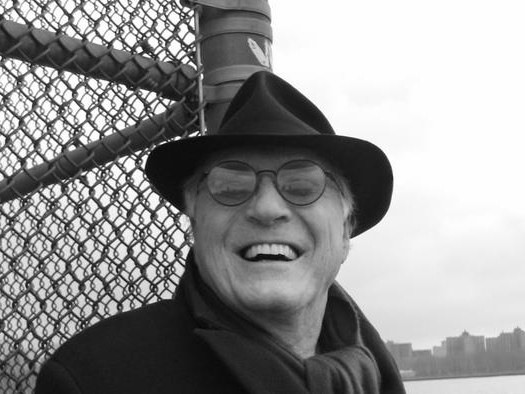 Mike Zwerin, a jazz trombonist who became one of the world’s most famous jazz critics, died on April 2 in Paris, after a long illness. Zwerin was 79.

In a piece written for a web site celebrating the sidemen of Miles Davis, Zwerin reflected on a lifetime dedicated to music. “I am in love with music. I cannot see straight for the love of her. But if music is, as Duke Ellington put it, my mistress, then we have had a stormy relationship. I have cheated on her, lied to, neglected and beat her. On the other hand, she is too demanding. When she nagged I left her and when I neglected her she left me. I spent my time under too many hats, between too many stools. It has been a stormy affair.”

Zwerin was born in New York on May 18, 1930. A self-avowed jazz freak throughout his early years, Zwerin remembered his parents taking him on a trip to a Catskills resort where he became enamored of musicians and their life. As a budding trombonist, he attended an arts high school in New York City and later went to University of Miami on a scholarship to study music.

But it was in the summer of 1949 off from college back in New York City when he got his first and biggest break. Sitting in at a jam session at Harlem’s Minton’s Playhouse, playing “Walkin'” with a band anchored by Art Blakey, Zwerin was noticed by Miles Davis, who at that particular time was preparing to record Birth of the Cool. A natural raconteur, Zwerin would later tell the story in various ways, but whether Davis called Zwerin to do the session because he liked his sound or because J.J. Johnson was unavailable that day, the young trombonist got the call and played on the sessions that produced that seminal recording. Among his fellow horn players were Gerry Mulligan, Lee Konitz and Bill Barber; the rhythm section was John Lewis, Al McKibbon and Max Roach. The arrangements were by Gil Evans. Heady company indeed.

Although Zwerin would continue to develop and evolve as a jazz musician, that initial recording session would loom large in his biography, like a sandlot ballplayer called up to be part of a Yankees World Series run. Zwerin went on to perform and record with the likes of Eric Dolphy, Dexter Gordon and other jazz legends. He joined Maynard Ferguson’s big band along the way, but found the economics of life in a touring jazz band wanting.

His transition to journalism happened again in New York City. Zwerin explained that his original plan was to do some writing and get his name in the paper in order to help get more and better gigs as a musician. Eventually, by the time he had moved to Paris to be with his second wife, the writing had largely supplanted the playing, at least in terms of a professional career. Zwerin would continue to play his horn at various gigs and even recorded with his own lively jazz band Zip. However, his stature as a jazz critic soon overshadowed his impact as a jazz musician.

For over 20 years, Zwerin was the jazz (and music) columnist for the International Herald Tribune, widely seen as the world’s most ubiquitous English-speaking newspaper. Based in Paris, Zwerin would cover virtually every style of jazz, and also would occasionally cover non-jazz artists, from Bob Dylan to the Rolling Stones.

He told the Paris Voice in 1997 about his approach to column-writing: “Basically I try to find a story where there isn’t one. A friend once told me that ‘the holes in your Swiss cheese are somebody else’s Swiss cheese.’ What somebody else will leave on the table because it’s ‘not interesting’ will be the center of my piece.”

Canadian jazz journalist James Hale got to know Zwerin during the last ten years of Zwerin’s life, when Zwerin would contribute a regular report to the web site for the Jazz Journalists Association. In an e-mail to JT, Hale wrote about Zwerin: “One the first things that attracted me to Mike’s work was that he was the first music journalist of his vintage I had encountered in the 1970s who gave equal space to Jimi Hendrix, Stevie Wonder, Dizzy Gillespie and Duke Ellington. In other words, he had huge ears, and he saw how the generations connected and the tradition of music-making was passed on. When I got to know him, and he was in his 70s, he was just as open and eager to hear new things. He was a true adventurer. As a writer, he had a beautiful way of mixing the vernacular with more learned writing, and although it was always clear that he had been inside the music he never made lay readers feel like he was writing down to them.”

Meghan Stabile, an innovative jazz promoter, producer, organizer, curator, and advocate who proudly adopted the New York Times’ description of her as a “modern impresario,” … END_OF_DOCUMENT_TOKEN_TO_BE_REPLACED

Grachan Moncur III, a trombonist and composer who forged a unique identity in the “new thing” of 1960s jazz, died in his longtime home city … END_OF_DOCUMENT_TOKEN_TO_BE_REPLACED

Charnett Moffett, a bassist and composer whose virtuosity on both electric (often fretless) and acoustic instruments was matched by his versatility, died April 11 at … END_OF_DOCUMENT_TOKEN_TO_BE_REPLACED

Ron Miles, a cornetist, composer, and educator who became a revered and innovative figure in jazz while maintaining a career in the far-flung state of … END_OF_DOCUMENT_TOKEN_TO_BE_REPLACED