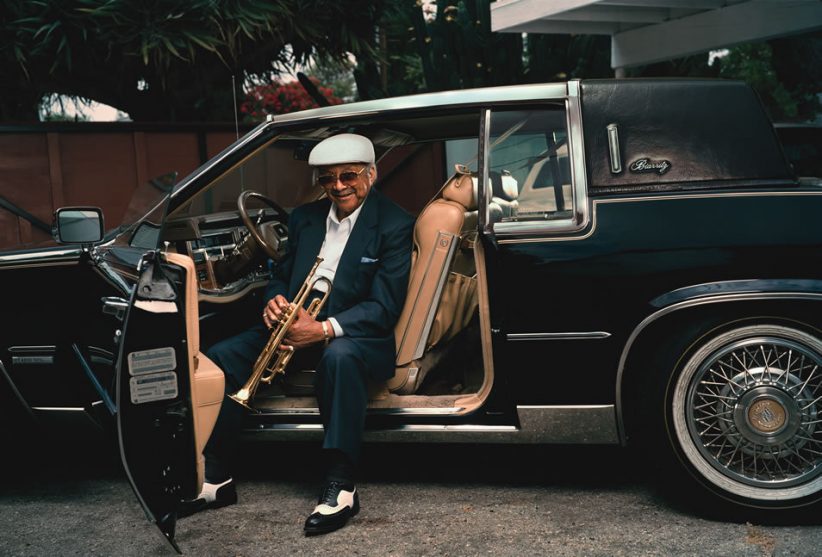 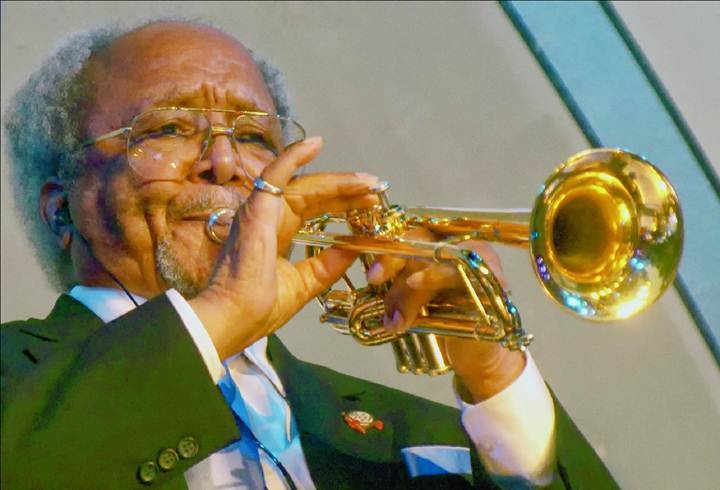 Eugene “Snooky” Young, a trumpeter who was a mainstay in many prominent jazz big bands and orchestras, died on May 11. He was 92 years old. Young was the quintessential lead trumpeter, expert in hitting high notes as well as using the plunger to great effect.

Young was born on Feb. 3, 1919, in Dayton, Ohio. In a 2006 profile in JT, Young told writer Don Heckman that he grew up surrounded by music in his large family and was playing an instrument by the time he was 5. The family even had a band called the Snappy Six.

“I’m the third oldest of seven kids,” he recalled to Heckman. “They all played instruments. My oldest brother, Granville-we called him Catfish-played trumpet, and he was much better than I was. He went out with a band once, came back home and never went out again. Got turned off by the whole thing. My youngest brother played drums, and I had a sister that sang. My father played saxophone, guitar and banjo, and he taught my mother to play guitar and banjo. Bands like Don Redman tried to get him to go out on the road with them, but he wouldn’t leave his family.”

Young was only a teenager when he started working with Ohio bandleader Chic Carter. Also in that band was Gerald Wilson, with whom he would share a life-long friendship. Young followed Wilson into Jimmie Lunceford’s group and later decamped for the first of several stints with the Count Basie Orchestra.

Young told Heckman that the transition between Lunceford and Basie took some adjustment on his part. “It was like night and day, those two bands,” he said. “In fact, I had to learn how to play again when I went to the Basie band. Lunceford’s was a two-beat band. Basie’s was the band that started to swing. The bass would be going, and Jo Jones would just kick his bass drum every now and then, and the guitar and bass would keep on walking. Well, I had to get used to that, since I was coming from a band where the rhythm played every beat.”

Young also worked with Lionel Hampton’s groups and the Thad Jones-Mel Lewis Big Band, of which he was a founding member. Young joined the Tonight Show band in 1967 and stayed with the group for about 25 years, leaving the group when it was reorganized in 1992.

Here’s a video of Young being featured with the Tonight Show band on the occasion of his birthday:

In between the Tonight Show performances, Young also played with Doc Severinsen’s touring ensembles and continued to play with Severinsen in the years after they left the Tonight Show. As is readily apparent from the above clip, Young and Severinsen had a unique bond, even performing a two-trumpet rendition of “Dueling Banjos.”

Young was also a regular member of the Clayton-Hamilton Jazz Orchestra, performing and recording with that LA-based group for over 20 years. He was named an NEA Jazz Master in 2008. Although he only made three albums as a leader (Boys From Dayton on Master Jazz in 1971; Snooky & Marshal’s Album on Concord Jazz in 1978; Horn of Plenty on Concord Jazz in 1979), Young can be heard on a multitude of albums by Count Basie Orchestra, the Thad Jones-Mel Lewis Big Band and the Clayton-Hamilton Jazz Orchestra.

Looking back on his long and illustrious career, Young shared his philosophy with Heckman. “I learned a lot in all those years,” Young said. “And I’ve tried to pass it on: Practice every day and pretty soon it’ll become fun; if you want to keep up with your times, you have to keep up with your instrument; when you play an arrangement, try to feel what the man wrote, because if you can’t feel it, you aren’t going to be able to play it.”

Meghan Stabile, an innovative jazz promoter, producer, organizer, curator, and advocate who proudly adopted the New York Times’ description of her as a “modern impresario,” … END_OF_DOCUMENT_TOKEN_TO_BE_REPLACED

Grachan Moncur III, a trombonist and composer who forged a unique identity in the “new thing” of 1960s jazz, died in his longtime home city … END_OF_DOCUMENT_TOKEN_TO_BE_REPLACED

Charnett Moffett, a bassist and composer whose virtuosity on both electric (often fretless) and acoustic instruments was matched by his versatility, died April 11 at … END_OF_DOCUMENT_TOKEN_TO_BE_REPLACED

Ron Miles, a cornetist, composer, and educator who became a revered and innovative figure in jazz while maintaining a career in the far-flung state of … END_OF_DOCUMENT_TOKEN_TO_BE_REPLACED