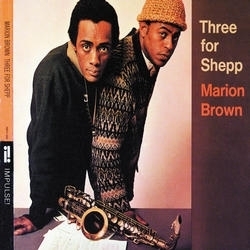 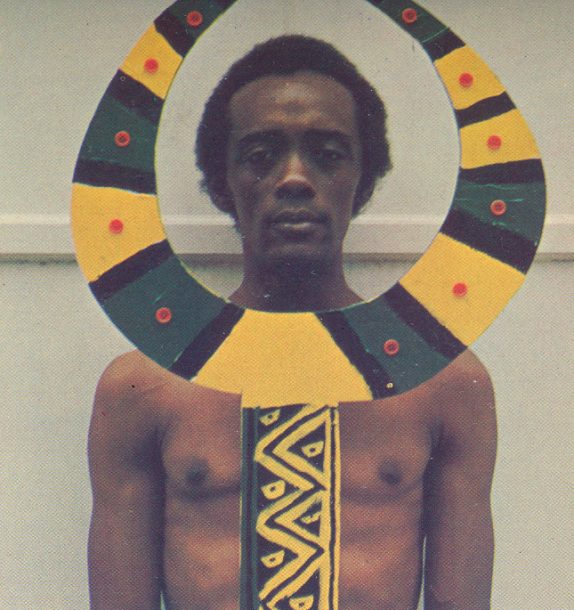 Known for his association with Archie Shepp, Amiri Baraka, Ornette Coleman and other bright lights of the 60s avant garde jazz community, Marion Brown died on Monday, October 18, in Ft. Lauderdale, Florida. He was 79. Brown had been ill for many years and had not performed publicly in a long time. Brown recorded over a dozen albums as a leader for Impulse!, ESP, Black Lion and ECM, but is perhaps best known for his appearance as a sideman on two seminal records of the ’60s: John Coltrane’s Ascension and Archie Shepp’s Fire Music.

Brown was born in the Atlanta area. He left high school in the 10th grade and enlisted in the Army, where he quickly became a member of the Army band and was stationed for 18 months at Hokkaido, an obscure island of Japan. After he returned home to Atlanta, Brown enrolled at Clark College to major in music education. He went on to study at Howard University in Washington, DC and it was there that he became immersed in the new music played by artists such as Ornette Coleman, Cecil Taylor, John Coltrane, Amiri Baraka, Archie Shepp and others. Within a few years, several of these artists would become mentors or associates of Brown. Disenchanted with his academics at Howard, Brown moved to New York in order to play this new music professionally.

Brown arrived in New York City just as a virtual renaissance of creative jazz based on Black identity and political awareness was taking place. Brown ended up recording with Coltrane on Ascension for Impulse and in 1965 and 1966 he recorded his first albums as a leader for ESP – Marion Brown Quartet and Why Not?. That was followed by the noted album for Impuse – Three For Shepp produced by Bob Thiele and featuring Grachan Moncur III, Dave Burrell, Stanley Cowell, Sirone, and Beaver Harris. Thereafter he was able to tour extensively in Europe.

Upon returning, Brown recorded for Black Lion as well as recorded one of ECM’s very first recordings, Afternoon of a Georgia Faun in 1970. During the ’70s, Brown returned to the academic world in various teaching positions at Bowdoin, Brandeis, Amherst and Wesleyan. Brown also earned a Master’s in Ethnomusicology from the latter. By the ’80s Brown had shifted his interests to painting and drawing, occasionally exhibiting his works in galleries and museums. He recorded sporadically during this time as a sideman on albums by Gunter Hampel, Steve Lacy, Mal Waldron, Harold Budd and Leo Smith. Felled by illness, Brown spent much of the last 10-15 years unable or unwilling to play music. He was living at an assisted living facility in Hollywood, Florida at the time of his death.

In the liner notes by Charles Fox and Leo Smith for Brown’s Porto Novo album on Black Saint, Brown said: “My reference is the blues, and that’s where my music comes from. I do listen to music of other cultures, but I just find them interesting. I don’t have to borrow from them. My music and my past are rich enough. B.B. King is my Ravi Shankar.”

The following is an official statement from the family of the late Elvin Jones, received at the JazzTimes office earlier today, December 14. The family … END_OF_DOCUMENT_TOKEN_TO_BE_REPLACED

David Ornette Cherry, a multi-instrumentalist, composer, and poet who worked to merge the jazz tradition with classical and various African and world music traditions, died … END_OF_DOCUMENT_TOKEN_TO_BE_REPLACED

Mick Goodrick, a guitarist and teacher who was arguably the most influential guitar pedagogue in the history of jazz, died November 16 at his home … END_OF_DOCUMENT_TOKEN_TO_BE_REPLACED

Terry Woodson, a trombonist, arranger, librarian, copyist, conductor, and record producer, passed away on October 19. A graduate of the University of Tulsa, he joined … END_OF_DOCUMENT_TOKEN_TO_BE_REPLACED