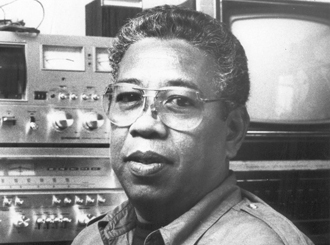 Longtime jazz radio host Bob Parlocha, best known for his long run at Bay Area station KJAZ-FM and for his syndicated program Jazz With Bob Parlocha, died on March 15, of a heart attack. Parlocha was 76.

Born in Solano, Calif., on April 18, 1938, Parlocha listened to KJAZ (1959-1994) and also played jazz saxophone in his youth. He worked as a psychiatric nurse following his graduation from high school and became the host of KJAZ’s Dinner Jazz Show in 1978. He eventually became the station’s music director and developed several programs for the station. He also produced and engineered a number of jazz recordings.

In 1994, when KJAZ was sold, Parlocha developed his syndicated program, which was carried by numerous stations across the country and alternated between four- and six-hour shifts on different nights of the week.

Meghan Stabile, an innovative jazz promoter, producer, organizer, curator, and advocate who proudly adopted the New York Times’ description of her as a “modern impresario,” … END_OF_DOCUMENT_TOKEN_TO_BE_REPLACED

Grachan Moncur III, a trombonist and composer who forged a unique identity in the “new thing” of 1960s jazz, died in his longtime home city … END_OF_DOCUMENT_TOKEN_TO_BE_REPLACED

Charnett Moffett, a bassist and composer whose virtuosity on both electric (often fretless) and acoustic instruments was matched by his versatility, died April 11 at … END_OF_DOCUMENT_TOKEN_TO_BE_REPLACED

Ron Miles, a cornetist, composer, and educator who became a revered and innovative figure in jazz while maintaining a career in the far-flung state of … END_OF_DOCUMENT_TOKEN_TO_BE_REPLACED