Skip to content
Become a member and get exclusive access to articles, live sessions and more!
Start Your Free Trial
Home > Features > Farewell to Jamil Nasser 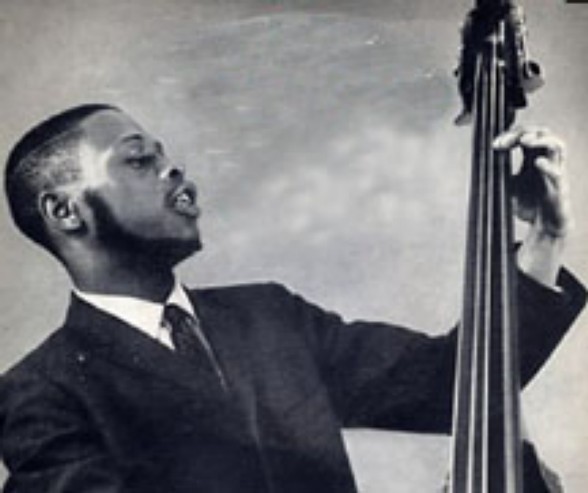 Phineas Newborn was one of the first musician with whom Jamil played, and he said that playing with Phineas made the biggest difference in his life. They both grew up in Memphis and attended Booker T. Washington High School. Phineas was born in 1931. Jamil was born in 1932 so they were only a year apart in age. Jamil always told me that working with Phineas was what prepared him to work with Ahmad Jamal.

Quite a few master musicians grew up in Memphis-Harold Mabern, Hank Crawford, Booker Little, and George Coleman. It makes sense that all of these musicians who grew up in that area in 1930s got a chance to play together. Jamil formed life-long musical and personal relationships with Harold Mabern and George Coleman. A special bond is often formed among musicians coming up together, especially when you’re around the same age. Oftentimes, the musicians went to the same high schools and had the same music teachers.

Jamil started to play the bass at about 16 years old, and he once told me a wonderful story about his first performance. Three weeks after he picked up the bass, he got his first gig. I asked, “Well, did you know the music?” And he said, “No, I just made sounds and the sounds worked!” Through the years, Jamil worked with a variety of groups, including Ahmad Jamal, as I mentioned earlier, and Sonny Rollins, Clifford Jordan, Charles Mingus, Randy Weston, George Coleman and Red Garland. Those sounds worked over a period of the sixty years that Jamil played the bass.

I first met Jamil in the mid 1960s. This was around the time when he started to work with Ahmad Jamal. I loved Ahmad’s playing so whenever Ahmad was playing in New York City I would go around to hear him if I was in town. Ahmad’s trio was a very together ensemble, and Jamil was such a masterful bassist. He was one third of the creative force, along with Frank Gant on drums.

Around 1969, I really got to know Jamil better. I, along with Reggie Workman, Stanley Cowell, and Don Moore started an organization called The Collective Black Artists. We presented concerts at various venues. Jamil performed at some of the concerts that were produced by CBA. Jamil and I would talk about how unfortunate it was that so many jazz artists didn’t have health insurance. It seemed as if we played a lot of benefits during those years.

Around 1987, Jamil became active with the Musician’s Union (Local 802) and was appointed to be on the Jazz Committee. Unfortunately, it never really gathered momentum at the time. Then, in 1995, a group of us started another committee called the Jazz Advisory Committee, and it is still in existence. Its job was, and is, to advise Local 802 on how to better serve the jazz artist community. From its beginning, committee members vigorously emphasized the importance for Jazz artists to build AFM pensions whenever they worked. Ahmad Jamal and Billy Taylor were among the first jazz leaders to pay into the pension fund for their sidemen and for themselves. As a result, many jazz artists became vested and get pension benefits. Jamil was a staunch believer in the pension fund, and he continued to be an advocate for the rest of his life. His ideas truly helped to expand the importance of jazz artists having more financial security in their later years.

The Jazz Foundation of America was founded in 1989 by Herb Stoffer, Ann Ruckert, and Dr. Billy Taylor. The main mission of the foundation at that time was to raise money to donate to the Schomberg Library to help preserve the library’s artifacts – a worthwhile effort since the Schomberg is an important repository of African American life; however, healthcare, financial assistance, and housing were what many jazz artists needed. Jamil and I had been appointed to the board of the Jazz Foundation so at the next board meeting, we presented our idea to help jazz artists in need. The board supported this idea, and the Jazz Musician Emergency Fund was created. The Jazz Foundation started a program that we called the Physician’s Network, where doctors volunteered to see two jazz artists each free of charge for a year. The major problem was that we didn’t have a hospital affiliation. The Jazz Foundation made it their primary purpose to help jazz artists in need, and they continue to do so to this day. Jamil and I were among the founding members of the Jazz Musician Emergency Fund.

In 1993, I organized a concert to honor Dizzy Gillespie. It was called One Hundred Trumpets for Dizzy, and many jazz artists performed including Jamil. A number of Englewood employees were at this event. At the time, Englewood Hospital was looking for ways to help jazz artists because Dizzy had requested they find a way to get involved. Dizzy always said that Englewood was his hospital, and they took very good care of him at the end of his life. As a result, Englewood Hospital saw an opportunity that would benefit jazz artists. The affiliation between the Jazz Foundation and Englewood Hospital began soon after that and continues to this day. Jamil often drove musicians to Englewood Hospital for physicals and medical treatments if they were unable to get there on their own. Whenever he could, he quietly, and without notice, volunteered his time.

Jamil was on the Board of the Jazz Foundation for about four or five years in early 1990s. During the years that he served on the board he was a powerful advocate who always spoke his mind.

Jamil left three legacies. He was a phenomenal musician, an outspoken jazz advocate, and a caring human being. Not only did he make major musical contributions to jazz music, he also contributed personally. He was a selfless and kind person who cared deeply about the well-being of his fellow jazz artists. He was truly a humanitarian, and he made a difference in the lives of many jazz artists.

Meghan Stabile, an innovative jazz promoter, producer, organizer, curator, and advocate who proudly adopted the New York Times’ description of her as a “modern impresario,” … END_OF_DOCUMENT_TOKEN_TO_BE_REPLACED

Grachan Moncur III, a trombonist and composer who forged a unique identity in the “new thing” of 1960s jazz, died in his longtime home city … END_OF_DOCUMENT_TOKEN_TO_BE_REPLACED

Charnett Moffett, a bassist and composer whose virtuosity on both electric (often fretless) and acoustic instruments was matched by his versatility, died April 11 at … END_OF_DOCUMENT_TOKEN_TO_BE_REPLACED

Ron Miles, a cornetist, composer, and educator who became a revered and innovative figure in jazz while maintaining a career in the far-flung state of … END_OF_DOCUMENT_TOKEN_TO_BE_REPLACED