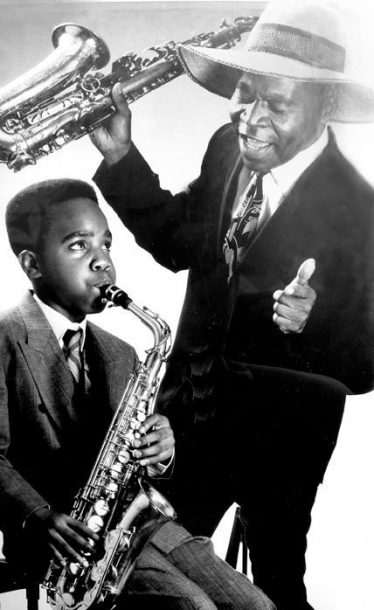 Multi-instrumentalist Byard Lancaster was one of the first saxophonists I met when I began playing alto in Philadelphia at an early age. He was also one of the first saxophonists to offer me guidance. Although I never studied privately with Byard, he would have me sit in on his performances and would call me to give me tips and advice on music, playing the saxophone and saxophone maintenance. He would also come down to talk with and play with the Philadelphia Clef Club Youth Jazz Ensemble, which I was a part of until I graduated from high school.

I remember Byard playing almost every type of woodwind instrument there was. As I sit here writing this, I’m trying to think of a woodwind instrument I didn’t see him play: the alto, the soprano, the tenor, the baritone saxophone … the oboe, clarinet, flute, piccolo. And there were also different instruments from all around the world: African flutes, Chinese flutes and more. There was always something new, and I don’t even think I can remember the names of all the instruments I saw him with.

Byard was all about the music and sharing it with the people by any means necessary. He enjoyed playing outside on the streets of Center City Philadelphia, and he took me out with him a couple times for the experience. Being the shy kid I was, and only 11 or 12 years old, I remember it being very hard for me to get my horn out and play the first time I went out there with him. Now that I think of it, playing on the streets with Byard was one of the experiences that helped to break me out of my shyness when it came to playing in front of people. Playing outside also helped me when it came to sound. When you play outside and your sound doesn’t bounce off a wall and come back to you, it forces you to put more air in your horn, so that you can really project.

Byard would talk about how everyone needs music. He explained how many people didn’t realize the effect it had on their lives, but how it was important to get the music out to as many people as possible. He was very much into African music and African/African-American culture, something that anyone who heard him play could instantly hear. He stressed culture and cultural awareness, not only in music but in all aspects of life. I will never forget the way Byard would play his soprano into the sky, giving thanks for music and for life. Thank you, Byard.

Charnett Moffett, a bassist and composer whose virtuosity on both electric (often fretless) and acoustic instruments was matched by his versatility, died April 11 at … END_OF_DOCUMENT_TOKEN_TO_BE_REPLACED

Ron Miles, a cornetist, composer, and educator who became a revered and innovative figure in jazz while maintaining a career in the far-flung state of … END_OF_DOCUMENT_TOKEN_TO_BE_REPLACED

Ernie Andrews, a deep-voiced singer who scored a major hit (1945’s “Soothe Me”) when he was still in his teens but remained perennially underrecognized by … END_OF_DOCUMENT_TOKEN_TO_BE_REPLACED

I’ve been playing the organ since I was 10 years old because I love the sound of the Hammond B-3. Once I heard Jimmy Smith … END_OF_DOCUMENT_TOKEN_TO_BE_REPLACED