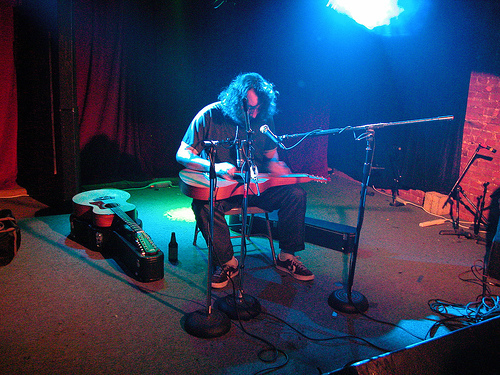 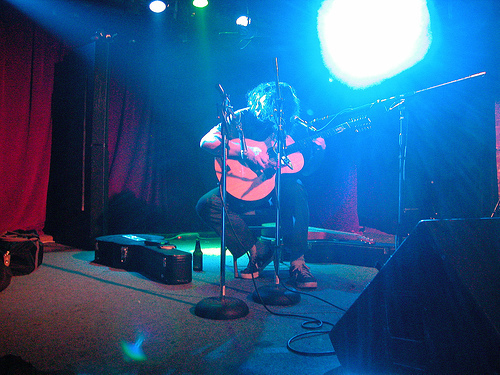 While his fan base fell more in line with the indie-rock, folk and experimental-music scenes, much of the guitarist’s repertoire was culled stylistically from ragtime, early jazz and prewar blues. As an onstage presence Rose was modest, at times even diffident, though his technique on six- and 12-string dreadnought guitars and acoustic lap steel was rarely less than authoritative. He demonstrated a mastery of Piedmont-style fingerpicking on rags and East Coast blues, as well as expertise in open-tuned slide playing. Like Fahey, who was, along with Robbie Basho, his most conspicuous inspiration, Rose was a determined student of musics far outside of American folk and blues, and his compositions and performances reflected minimalism and Carnatic music.

Indeed, his fingerstyle work on Indian ragas-gently tempered yet unerring and blindingly fast-was something that needed to be experienced in a live setting. He had a terrific sense of suspense and knew precisely how to turn these modal exercises into breathtaking climaxes. But Rose’s greatest gift may have been his taste. Fingerstyle acoustic guitar splintered into different aesthetics following John Fahey’s groundbreaking work in the 1960s, and some of those avenues yielded music that was mawkish and corny despite its impressive technical achievements. (Compare Fahey’s Takoma Records catalog to much of the guitar music on Windham Hill.) Rose seemed to have a knack for cherry picking only the most genuine, timeless influences.

Much about Rose and his music suggested an almost curmudgeonly longing for the past: He tuned his guitars by ear and amplified them with microphones rather than pickups; in 2005 he released a 78-rpm record under his “Dr. Ragtime” alias in an edition of six pressings. But his eclectic musical interests and willingness to compose kept him at a safe distance from blues revivalism. “Jack could talk about Charley Patton and Yazoo Records and obscure ragtime artists for hours,” said Rose’s friend (and former JazzTimes associate editor) Scott Verrastro. “The man lived and breathed the history of prewar blues, but he didn’t mold his personality after some unknown 1928 bottleneck player from Georgia. He simply paid homage to his heroes by writing some of the most pristine, breathtaking acoustic music of the past 50 years.”

Born and raised in Virginia, Rose first made his name in the 1990s with the Richmond-based band Pelt, a trio whose noise- and drone-laden albums for the VHF label were well-received in the indie- and avant-rock communities. He eventually moved to Philadelphia and began his career as a solo acoustic artist early in the 2000s with limited CD-R releases. By decade’s end Rose harbored an impressive discography with albums on labels like VHF and Eclipse, in addition to many highly collectible vinyl-only releases. (He recently signed with Chicago indie Thrill Jockey, home of postrock band Tortoise and avant-jazzers like Fred Anderson, Bill Dixon and Rob Mazurek.) Recommended are 2004’s Raag Manifestos (Eclipse), 2005’s Kensington Blues (VHF) and anything Rose recorded as Dr. Ragtime. The guitarist also contributed tracks to volumes one and two of Tompkins Square’s Imaginational Anthem compilations, the definitive documents of next-generation American Primitive music.

Rose is survived by his wife, Laurie.

Meghan Stabile, an innovative jazz promoter, producer, organizer, curator, and advocate who proudly adopted the New York Times’ description of her as a “modern impresario,” … END_OF_DOCUMENT_TOKEN_TO_BE_REPLACED

Grachan Moncur III, a trombonist and composer who forged a unique identity in the “new thing” of 1960s jazz, died in his longtime home city … END_OF_DOCUMENT_TOKEN_TO_BE_REPLACED

Charnett Moffett, a bassist and composer whose virtuosity on both electric (often fretless) and acoustic instruments was matched by his versatility, died April 11 at … END_OF_DOCUMENT_TOKEN_TO_BE_REPLACED

Ron Miles, a cornetist, composer, and educator who became a revered and innovative figure in jazz while maintaining a career in the far-flung state of … END_OF_DOCUMENT_TOKEN_TO_BE_REPLACED