Skip to content
Become a member and get exclusive access to articles, live sessions and more!
Start Your Free Trial
Home > Features > Gil Scott-Heron: An Excerpt From “The Last Holiday” 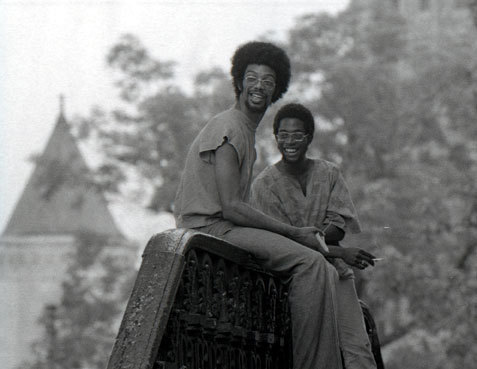 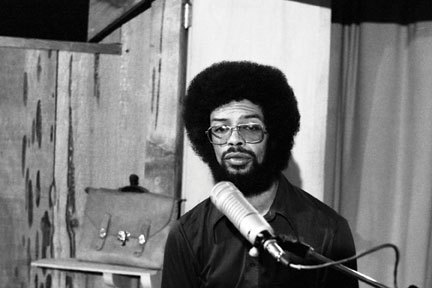 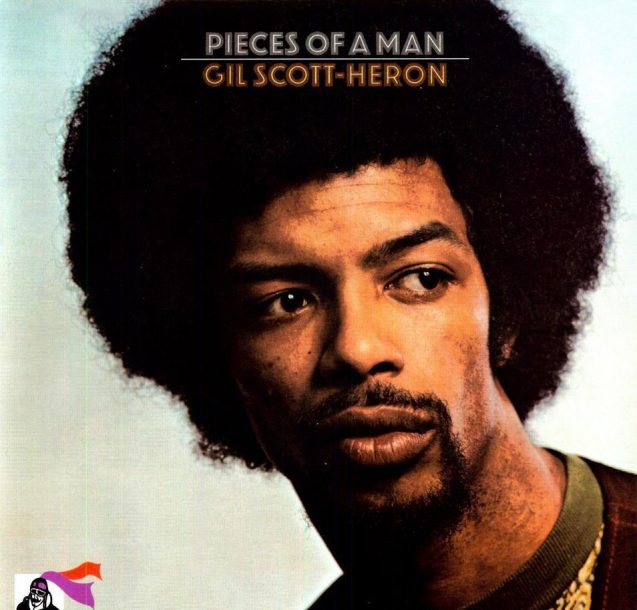 When Gil Scott-Heron died in May of last year, he left behind many things: one of the most influential legacies in American music, a slew of damaged relationships, and a perplexing memoir entitled The Last Holiday. In this exclusive excerpt, the poet, author and singer-songwriter details the beginnings of his recording career and the sessions behind the 1971 album that made him an icon, Pieces of a Man.

In 1970, at the end of a tumultuous school year at Lincoln University, my collaborator Brian Jackson and I had a chance to write things not strictly for our group Black & Blues, which had lost two or three people to graduation. And when I went home for the summer, I went to see a man named Bob Thiele, who had started his own record label called Flying Dutchman. Bob had produced Coltrane and knew Archie Shepp; he had made major contributions in the jazz world. And even though I was never really into the Beat poets, I knew he had also produced some Jack Kerouac recordings.

When I opened the door to the Flying Dutchman office, Bob was standing there at a desk that faced the door, talking to his secretary and leafing through some papers. That was really cool-the first moment in my life when a photograph came to life. I’d seen his picture a hundred times, and there he was. The surprise grabbed my throat and lungs, and fright held me for a second and a half. I hadn’t expected the president of the company to be standing in front of the door, but I quickly gave Bob the spiel I had prepared for his secretary or secondary.

I told Bob I was a songwriter. I told him that I had a partner, Brian Jackson, and that we thought he was recording the kind of people we thought might be interested in what we were doing. Bob said that he didn’t have any money to do an album of music at the time. But he had read my book of poetry and said, “If you do that and make any money, maybe we can get some money together and do an album of music.”

The thought of doing an entire spoken-word record had never even crossed my mind. But aside from continuing to record the types of jazz musicians that had been the foundation of his recognition and reputation in the 1960s, Bob Thiele wanted to create a recorded chronicle of the era. Many changes in our society that took place in the 1970s were credited to the 1960s, and Bob wanted those sounds on wax. These were often albums that had no commercial potential, but that were enormously insightful as slices of an age and invaluable as snapshots of a period that reshaped America first and everywhere else later.

Often these albums were not music. There was an album of a speech by the first Black mayor of a major U.S. city, Cleveland’s Carl Stokes, that was followed by questions from the press; there were several speeches by H. Rap Brown and Ms. Angela Davis; there were readings by the DJ Rosko of articles and columns by Pete Hamill and Robert Scheer, among others, including a chilling rendition of “A Night at Santa Rita” with music by Ron Carter and James Spaulding; there was the thoroughly hair-raising “Ain’t No Ambulances for No Nigguhs Tonight” by Stanley Crouch. And as the summer of 1970 was drawing to a close, I went into the studio with a small group of folks on folding chairs and did poems and a few songs I had done on pianos in coffeehouses.

Up until shortly before I made that first album, Small Talk at 125th and Lenox, I was just one of nine in a group and arguably not the most important voice of the group. From the standpoint of how much original music I contributed, I was important to the group’s fabric and character, but I wasn’t the lead singer very often, and I wasn’t ever responsible for carrying a show.

When the LP came out, I didn’t think we’d get any airplay. I never thought about how much reach the record would have. As it turned out, FM radio was starting to be kind of necessary right around this same time because of a few popular stations, especially in Philadelphia, Washington, Los Angeles and the Bay Area. And those stations began to play a lot of the stuff from Small Talk: “Whitey on the Moon,” “Brother” and “The Revolution Will Not Be Televised” got picked up. The success of Small Talk was only regional, but they were good regions and it was labeled a “breakout LP” because of those sales.

At some point during the next school year, Bob Thiele called me up and said, “Who do you want to perform with?”

We had made enough money to make an album of music, in a studio. By that time Black & Blues had completely broken up, so Brian and I decided to work with Ron Carter, Hubert Laws and Bernard Purdie. We knew Purdie because he played with King Curtis, and King Curtis played with Aretha. Ron Carter wasn’t known as much for bass at the time, but he played great bass.

“We can work this out,” he said. “Let’s try a song about some of my favorite people.”

So we worked out “Lady Day and John Coltrane,” and it went from there. All I’d had for that song at first was a bassline and a chord thing with it. I never would have been able to really hook up that progression properly if Brian wasn’t there when I got into it; he opened it up, picked it up and took it to where I sang it. I didn’t know anything about suspended fourths and all that, which is what the song is based on, so Brian was integral.

I had an affinity for jazz and syncopation, and the poetry came from the music. We made the poems into songs, and we wanted the music to sound like the words, and Brian’s arrangements very often shaped and molded them. Later on when we wrote songs together, I’d ask Brian what he had on his mind, which sometimes I could more or less intuit from the music, because it carried an atmosphere with it. Different progressions and different chord structures brought a certain tone to mind. Sometimes I’d ask him and he’d convey in words what sort of feeling he was trying to bring about with that particular chord, and that helped me get into it.

The new version of “The Revolution Will Not Be Televised” that emerged from those sessions tended to be the focus of talk about the album, Pieces of a Man. But it was followed on the LP by a song called “Save the Children,” and that was followed by “Lady Day and John Coltrane.” Then came “Home Is Where the Hatred Is” and “I Think I’ll Call It Morning.”

When people picked “The Revolution Will Not Be Televised” to decide what kind of artists we were, they overlooked what the hell the whole album said. We didn’t just do one tune and let it stand, we did albums and ideas, and all of those ideas were significant to us at the time we were working on them.

But none of that would matter too much, for two reasons. First, because one of the main ideas behind recording our songs was to get them out there for other people to hear and cover. That plan started to work immediately, when Esther Phillips covered “Home Is Where the Hatred Is.” She got the song via Pee Wee Ellis, who was then working at our label, Flying Dutchman, but who had been brought in to work on Esther’s first album for another label called Kudu.

“Home Is Where the Hatred Is” seemed to run parallel to Esther’s own life, since she had openly overcome a serious drug problem. So the heroin thing was something she could communicate with in terms of a song and, to this day, I’m desperately proud of the way she performed the song. It brought it to life and that’s a helluva thing for a writer to be able to hear in one of his songs.

The other reason it didn’t matter was that despite having a second album on the way, as far as I was concerned I was still a student. And if I tried to picture myself doing something professionally, it was as a novelist, not a musician.

Excerpted with permission from The Last Holiday: A Memoir by Gil Scott-Heron, Grove Press, an imprint of Grove/Atlantic Inc., New York. Copyright © 2012 the estate of Gil Scott-Heron. Originally Published April 12, 2012

Meghan Stabile, an innovative jazz promoter, producer, organizer, curator, and advocate who proudly adopted the New York Times’ description of her as a “modern impresario,” … END_OF_DOCUMENT_TOKEN_TO_BE_REPLACED

Grachan Moncur III, a trombonist and composer who forged a unique identity in the “new thing” of 1960s jazz, died in his longtime home city … END_OF_DOCUMENT_TOKEN_TO_BE_REPLACED

Charnett Moffett, a bassist and composer whose virtuosity on both electric (often fretless) and acoustic instruments was matched by his versatility, died April 11 at … END_OF_DOCUMENT_TOKEN_TO_BE_REPLACED

Ron Miles, a cornetist, composer, and educator who became a revered and innovative figure in jazz while maintaining a career in the far-flung state of … END_OF_DOCUMENT_TOKEN_TO_BE_REPLACED