Skip to content
Become a member and get exclusive access to articles, live sessions and more!
Start Your Free Trial
Home > Features > Gerald Wilson—Arranger, Musician and Bandleader—Dies at 96 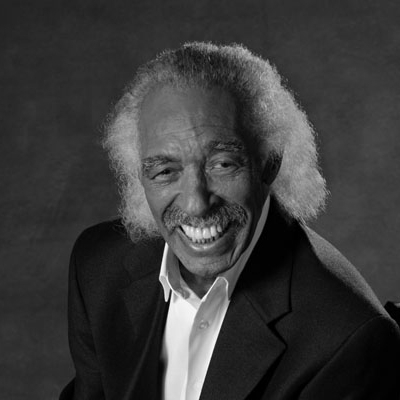 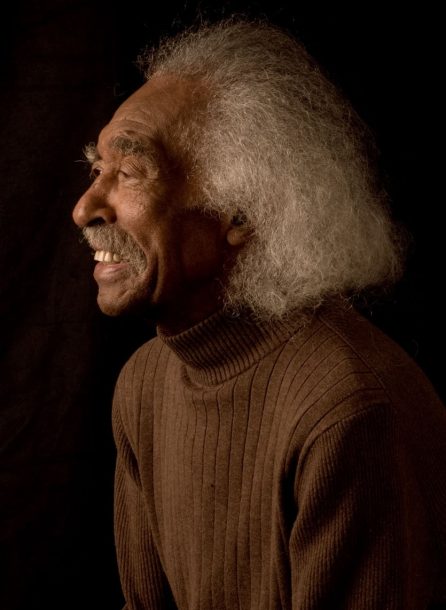 Gerald Wilson, the Mississippi-born musician who became a much-heralded arranger, bandleader and conductor over the 75-year span of his career-died Sept. 8 at his Los Angeles home. The cause was pneumonia. Wilson was 96.

The list of giants with whom Wilson collaborated over the years is staggering: Billie Holiday, Sarah Vaughan, Ella Fitzgerald, Duke Ellington, Carmen McRae, Lionel Hampton, Dizzy Gillespie, Betty Carter, Stan Kenton, Count Basie, Dinah Washington and Nancy Wilson are among the jazz artists who called upon Wilson’s talents. He was also recruited by artists from outside of the jazz realm, among them Ray Charles, B.B. King, Zubin Mehta, Harry Belafonte, Bobby Darin and Les McCann.

With his long white hair jutting out, Wilson remained a familiar figure on the jazz scene into his 90s, performing at festivals (particularly Monterey, for which he was commissioned to write extended compositions for the festival’s 40th and 50th anniversaries), where his animated conducting style never failed to win over audiences. He continued to record until recently as well-his 2011 Legacy release on Mack Avenue, which included Wilson’s takes on works from Stravinsky, Debussy and Puccini, as well as a seven-movement suite penned for the Chicago Jazz Festival, was nominated for a Grammy in the Best Large Jazz Ensemble Album category. (He was nominated for five other Grammys during his career but never won.)

Gerald Stanley Wilson was born Sept. 4, 1918, in Shelby, Miss., and began studying piano at age 6 with his mother teaching. At 11, he took up the trumpet and in his teens, having moved to Detroit, he turned professional, touring with the Chic Carter Band and, beginning in 1939, the Jimmie Lunceford Orchestra. Following a stay in the Navy during World War II, Wilson settled in Los Angeles, which became his permanent home base. After the war he formed his own band while also touring with Basie, Gillespie and others.

Wilson was busiest during the 1950s and ’60s, serving as an arranger and composer within L.A.’s film and television industries while continuing his jazz endeavors. He worked with vocalists and both large and small bands, taught at area colleges and, between 1969 and 1976, hosted a radio program. He scored films such as Otto Preminger’s Anatomy of a Murder, served as the conductor and music director of TV’s The Redd Foxx Show and wrote more than 60 charts for Ray Charles. He recorded prolifically in the ’60s for the Pacific Jazz label and his own bands hosted such prominent players as Snooky Young, Bobby Hutcherson, Joe Pass and Bud Shank. “Viva Tirado,” one of Wilson’s many Latin-themed compositions, became a Top 40 pop hit for the Latin-rock group El Chicano in 1970. In 1972 he was commissioned by Mehta to write a symphonic piece; following that, he worked with Mehta again on several occasions.

Wilson signed with Mack Avenue in 2003; his first release for the label was the Grammy-nominated New York, New Sound. His output for Pacific Jazz is available in a box set from Mosaic.

Wilson was named an NEA Jazz Master in 1990. In the 2000s and since, Wilson appeared as guest conductor with many top bands and orchestras, including the Jazz at Lincoln Center Orchestra. In 2001 he was the Los Angeles Jazz Society’s Jazz Tribute Honoree, and in 2004 he received the President’s Merit Award at the Grammy Foundation’s “Salute to Jazz.” In 2009, he conducted a specially commissioned, eight-movement work, “Detroit,” for the 30th anniversary of the Detroit Jazz Festival.

Among Wilson’s survivors is his son, jazz guitarist/bandleader Anthony Wilson.

Meghan Stabile, an innovative jazz promoter, producer, organizer, curator, and advocate who proudly adopted the New York Times’ description of her as a “modern impresario,” … END_OF_DOCUMENT_TOKEN_TO_BE_REPLACED

Grachan Moncur III, a trombonist and composer who forged a unique identity in the “new thing” of 1960s jazz, died in his longtime home city … END_OF_DOCUMENT_TOKEN_TO_BE_REPLACED

Charnett Moffett, a bassist and composer whose virtuosity on both electric (often fretless) and acoustic instruments was matched by his versatility, died April 11 at … END_OF_DOCUMENT_TOKEN_TO_BE_REPLACED

Ron Miles, a cornetist, composer, and educator who became a revered and innovative figure in jazz while maintaining a career in the far-flung state of … END_OF_DOCUMENT_TOKEN_TO_BE_REPLACED