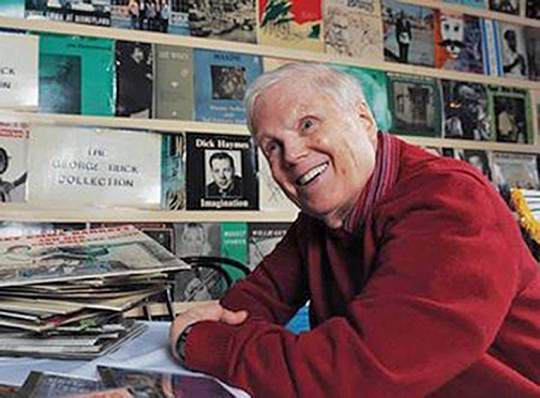 George Buck, founder of the Jazzology group of record labels, which released more than 1,400 mostly traditional jazz titles and never took any out of print, died Dec. 11 at age 84 in New Orleans. The cause was a heart attack, according to the Jazzology website.

According to the obituary published on the site, Buck began his business during World War II by using his savings from selling newspapers. His first release, it says, was a 78-RPM disc of the cornetist Wild Bill Davison. (Another published obituary says the first release was from a recording session by New Orleans clarinetist Tony Parenti.) Buck ultimately ran nine different record labels devoted to jazz, including Jazzology and GHB. He also acquired the catalogs of other independent labels, including Southland, Audiophile and Circle, according to NOLA.com.

Buck also bought and sold radio stations. He started out in New Jersey, where he grew up, and eventually worked in South Carolina, Atlanta and finally New Orleans. Buck also hosted a radio program called Jazzology.

The ownership of the company was transferred to the George H. Buck Jazz Foundation in order to ensure that the music released by Buck would never be deleted.

Most of the firm’s stock of approximately one million LPs and CDs, were lost to Hurricane Katrina, however.

Meghan Stabile, an innovative jazz promoter, producer, organizer, curator, and advocate who proudly adopted the New York Times’ description of her as a “modern impresario,” … END_OF_DOCUMENT_TOKEN_TO_BE_REPLACED

Grachan Moncur III, a trombonist and composer who forged a unique identity in the “new thing” of 1960s jazz, died in his longtime home city … END_OF_DOCUMENT_TOKEN_TO_BE_REPLACED

Charnett Moffett, a bassist and composer whose virtuosity on both electric (often fretless) and acoustic instruments was matched by his versatility, died April 11 at … END_OF_DOCUMENT_TOKEN_TO_BE_REPLACED

Ron Miles, a cornetist, composer, and educator who became a revered and innovative figure in jazz while maintaining a career in the far-flung state of … END_OF_DOCUMENT_TOKEN_TO_BE_REPLACED