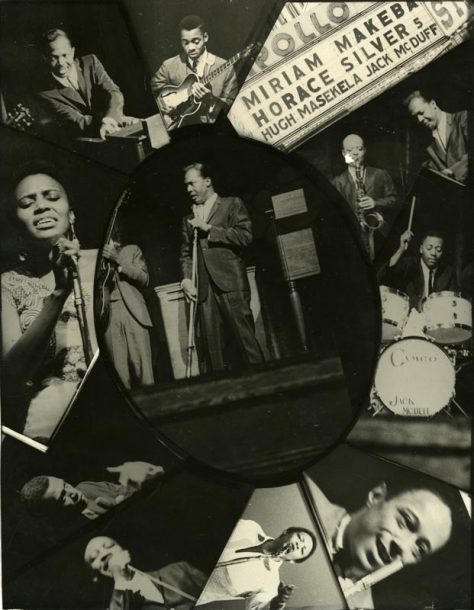 An ad for a 1965 concert featuring the Brother Jack McDuff Quartet; McDuff is at center, with George Benson above. (Courtesy DaCapo Press) 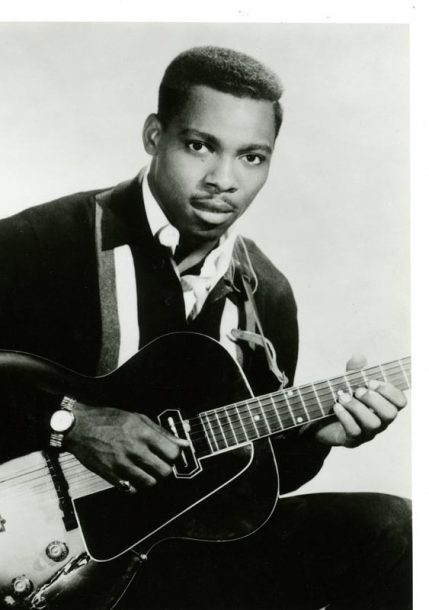 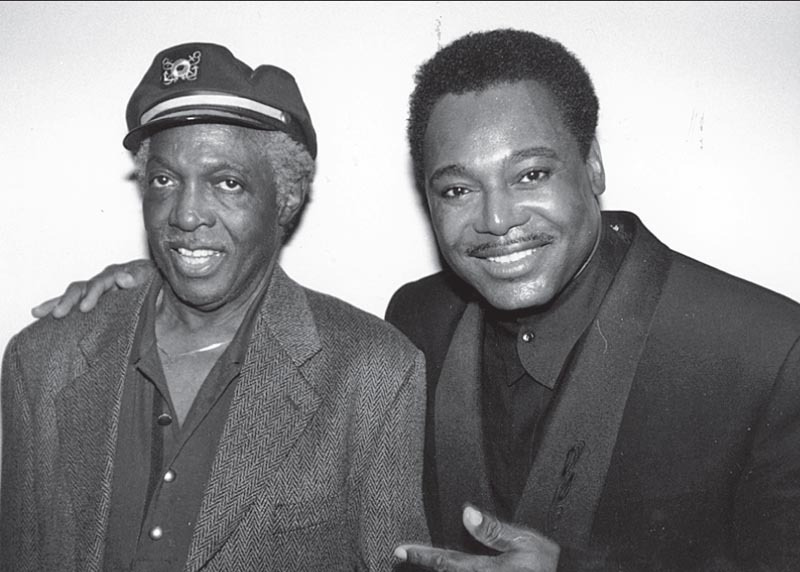 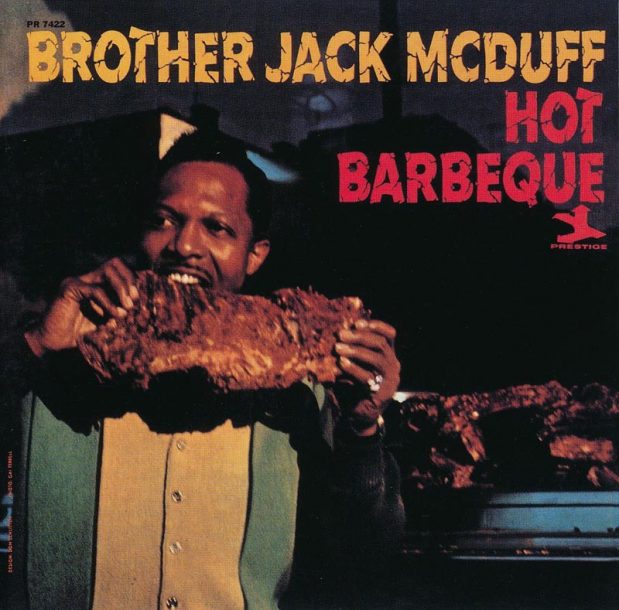 In this excerpt from his recent autobiography, Benson (Da Capo), guitarist and vocalist George Benson remembers how the late organ master Brother Jack McDuff hired him, kept him out of jail, nearly fired him and ultimately kindled his career-one of the most successful in jazz history.

In the early 1960s, McDuff was near the top of the list of heavy cats playing the organ, right alongside Jimmy Smith, Jimmy McGriff, Melvin Rhyne and Baby Face Willette. He cut a series of records for the Prestige label that were among the best organ-trio sets of the time. Like Jimmy Smith-heck, like most of the big organists of the era-Jack was both a true entertainer and a true musician. He put on a show, but it was always substantial; it wasn’t just a cat hitting an endless trill with his right hand and waving to the audience with his left.

When McDuff used a guitar player on a recording session, which was most of the time, it was a good one: for instance, Grant Green, Kenny Burrell or Eddie Diehl. If you were going to share the stage or the studio with Brother Jack, you had to have game, and you had to be at the top of it.

It was 1963, and things were rough for me. I’d been married for just under a year, and we had a newborn son, but it was darn near impossible being a father because I was constantly on the road, and it’s hard to pay proper attention to a relationship in Pennsylvania when you’re in New Jersey one night, New York the next and Massachusetts the next. One of my regular stops was Montreal, whose gangster problem had quieted down since my days touring with Pittsburgh saxophonist Willie Love. I called home and found out that my son was sick: spinal meningitis. I then rang up the hospital and tracked down the doctor. After giving me the prognosis, which wasn’t good, he said, “Mr. Benson, listen, we have a new drug we want to try on your boy. We think it’ll work.”

I said, “Well, why’re you still on the phone with me? Why don’t you go ahead and try it?”

He said, “We need parental consent. There’s nobody here to sign the papers.”

“Not as far as I know.” He gave an audible sigh. “If we don’t give him that drug, by morning, he won’t be here. And I can’t give it to him without a signature.”

After I hung up I called the airport, hoping against hope to find a flight leaving immediately. “We have nothing going to Pittsburgh from Montreal,” the airline’s customer-service rep said.

“I’m saying I can’t get you home directly. We can get you a flight with a stop.”

“I don’t care where I stop. Fly me to England, for all I care. As long as you get me to Pittsburgh before morning.”

“OK, that we can do. We can get you to Pittsburgh via New York.” He quoted me the times-they worked. He quoted me the prices-they worked … barely. It took all of my money to get back home, but it was worth every cent. I made it to the hospital before the sun came up. After I signed the papers, the doctors gave the boy the drug, which saved his life. He lived for another 30-some years.

David Ornette Cherry, a multi-instrumentalist, composer, and poet who worked to merge the jazz tradition with classical and various African and world music traditions, died … END_OF_DOCUMENT_TOKEN_TO_BE_REPLACED

Mick Goodrick, a guitarist and teacher who was arguably the most influential guitar pedagogue in the history of jazz, died November 16 at his home … END_OF_DOCUMENT_TOKEN_TO_BE_REPLACED

Terry Woodson, a trombonist, arranger, librarian, copyist, conductor, and record producer, passed away on October 19. A graduate of the University of Tulsa, he joined … END_OF_DOCUMENT_TOKEN_TO_BE_REPLACED

Ronnie Cuber, a baritone saxophonist with a wide and versatile range on his instrument, died October 8 at his studio in New York City. He … END_OF_DOCUMENT_TOKEN_TO_BE_REPLACED