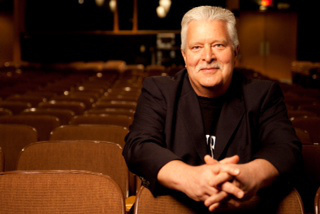 Fred Sturm, the director of Jazz Studies at Lawrence University in Appleton, Wisc., died August 24 at his home in De Pere, Wisc., following a long battle with cancer. Sturm was 63 and had graduated from Lawrence in 1973, then returned to teach. His teaching career lasted for 37 years, 26 of them as director of jazz studies and improvisational music at Lawrence.

Sturm was nominated for a Grammy in 1997 and was awarded the 2003 ASCAP/IAJE Commission in Honor of Quincy Jones, a prize granted annually to a jazz composer

Meghan Stabile, an innovative jazz promoter, producer, organizer, curator, and advocate who proudly adopted the New York Times’ description of her as a “modern impresario,” … END_OF_DOCUMENT_TOKEN_TO_BE_REPLACED

Grachan Moncur III, a trombonist and composer who forged a unique identity in the “new thing” of 1960s jazz, died in his longtime home city … END_OF_DOCUMENT_TOKEN_TO_BE_REPLACED

Charnett Moffett, a bassist and composer whose virtuosity on both electric (often fretless) and acoustic instruments was matched by his versatility, died April 11 at … END_OF_DOCUMENT_TOKEN_TO_BE_REPLACED

Ron Miles, a cornetist, composer, and educator who became a revered and innovative figure in jazz while maintaining a career in the far-flung state of … END_OF_DOCUMENT_TOKEN_TO_BE_REPLACED