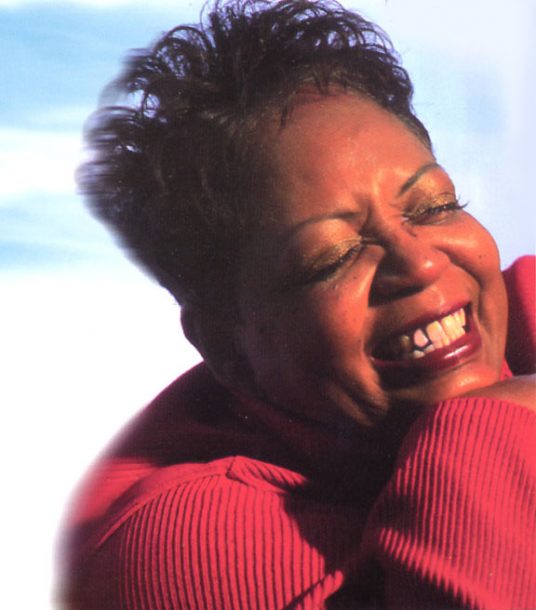 Fontella Bass, a vocalist whose 1965 soul hit “Rescue Me” became a staple of the genre, died yesterday, Dec. 26, of complications following a heart attack earlier this month. She was 72 and lived in St. Louis. In addition to her classic hit, Bass often crossed genres during her career, working within gospel, blues and jazz. She collaborated on numerous projects with her late husband, the trumpeter Lester Bowie, and recorded with the Art Ensemble of Chicago.

Born in St. Louis in 1940, the daughter of gospel singer Martha Bass, Fontella Bass learned to play piano and sing during her childhood. She turned professional at 17 and was hired to play piano behind blues singer Little Milton; she was later given her own vocal spot in his show and soon began recording for local St. Louis labels.

After meeting and marrying Bowie, Bass relocated to Chicago and was signed by Chess Records to its Checker subsidiary. Her debut for the label, “Don’t Mess Up a Good Thing,” was a moderate hit in early 1965 but it was “Rescue Me,” which Bass also wrote, that brought her success. It reached number 4 on both the Billboard pop and R&B charts. She placed a few more minor hits on the chart, including “Recovery,” before leaving the label due to a royalties dispute.

Bass and Bowie moved to Paris in 1969, and she recorded two albums with the Art Ensemble of Chicago, Art Ensemble of Chicago with Fontella Bass and Les Stances a Sophier. She retired from the music business in 1972 to raise a family but later appeared on two of Bowie’s albums, The Great Pretender (1981) and All the Magic (1982). Her recording and performance career in the 1980s and since included an appearance on the World Saxophone Quartet’s Breath of Life album. She also sang both blues and gospel in the 1990s and reprised her biggest hit on oldies revival concerts and TV programs.

In 1995 she released the Grammy-nominated soul-gospel album No Ways Tired (Elektra/Nonesuch). Produced by Wayne Horvitz, the recording featured a studio band that included Bowie on trumpet, David Sanborn on alto and Harvey Brooks on bass. In 1999, she sang on saxophonist David Murray’s Speaking in Tongues album and two years later cut Travellin’, which found her crossing jazz, R&B, gospel and blues.

Meghan Stabile, an innovative jazz promoter, producer, organizer, curator, and advocate who proudly adopted the New York Times’ description of her as a “modern impresario,” … END_OF_DOCUMENT_TOKEN_TO_BE_REPLACED

Grachan Moncur III, a trombonist and composer who forged a unique identity in the “new thing” of 1960s jazz, died in his longtime home city … END_OF_DOCUMENT_TOKEN_TO_BE_REPLACED

Charnett Moffett, a bassist and composer whose virtuosity on both electric (often fretless) and acoustic instruments was matched by his versatility, died April 11 at … END_OF_DOCUMENT_TOKEN_TO_BE_REPLACED

Ron Miles, a cornetist, composer, and educator who became a revered and innovative figure in jazz while maintaining a career in the far-flung state of … END_OF_DOCUMENT_TOKEN_TO_BE_REPLACED