Skip to content
Become a member and get exclusive access to articles, live sessions and more!
Start Your Free Trial
Home > Features > Florida Musicians Gather for One of Their Own 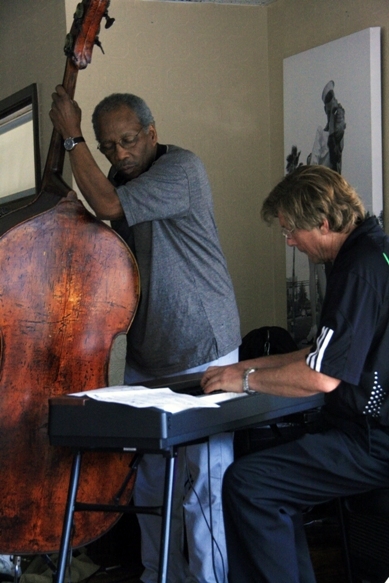 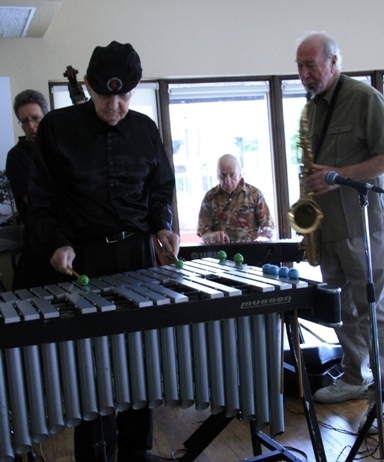 Julie Royal was diagnosed with breast cancer, has had three surgeries and faces significant radiation and medication treatments. The estimated cost for all of this is into six figures and, as sometimes the case with musicians and their families, the Royals have been facing this with no health insurance.

Drummer Al Hixon, bassist Mark Neuenschwander and Michael Royal formed the core rhythm section for the afternoon, though the sitting in created a lot of personnel variations on the bandstand throughout the event. At least a half-dozen musicians stopped by with support the event but had to dash off t o their own gigs before they could perform at Floribbean.

“There is a lot of love in this room today,” Michael Royal told the crowd. “Everybody is here to play today. This has been beyond my wildest dreams.”

He was self-taught until studying formally with pianist Jacques Abram at the University of South Florida. Under the influences of Debussy, Ravel, Coltrane, Monk, and Bill Evans, his music continues to evolve into a mature simplicity – expressive, sensitive, and eloquent.

Al Hixon and South County Jazz Club president Morrie Trumble worked tirelessly to organize the April 15 event. If you were unable to attend, it’s not too late to help the cause.

Checks should be made out to Michael Royal, and mailed to:

The Jazz Club of Sarasota is also planning another fundraiser on May 11 as part of its Jazz at 2 performance series.

Meghan Stabile, an innovative jazz promoter, producer, organizer, curator, and advocate who proudly adopted the New York Times’ description of her as a “modern impresario,” … END_OF_DOCUMENT_TOKEN_TO_BE_REPLACED

Grachan Moncur III, a trombonist and composer who forged a unique identity in the “new thing” of 1960s jazz, died in his longtime home city … END_OF_DOCUMENT_TOKEN_TO_BE_REPLACED

Charnett Moffett, a bassist and composer whose virtuosity on both electric (often fretless) and acoustic instruments was matched by his versatility, died April 11 at … END_OF_DOCUMENT_TOKEN_TO_BE_REPLACED

Ron Miles, a cornetist, composer, and educator who became a revered and innovative figure in jazz while maintaining a career in the far-flung state of … END_OF_DOCUMENT_TOKEN_TO_BE_REPLACED