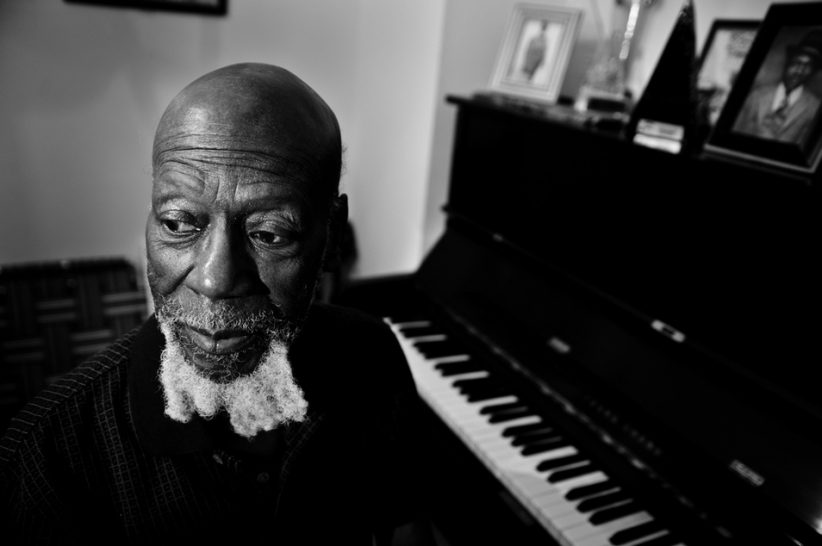 In the upcoming March issue, JazzTimes will present its annual “In Memory Of” feature, in which prominent artists pay tribute to those who passed in 2015. As a preview, trumpeter and composer Terence Blanchard remembers Harold Battiste, a New Orleans-born composer, producer, arranger and musician who was involved in dozens of hit records. Battiste died June 19 after a lengthy illness.

The first thing I learned from Harold Battiste was a work ethic, that in order to be a professional you have to cross every t and dot every i and look over everything and make sure that you have everything covered. Don’t take anything for granted or leave any stone unturned. One day he pulled me aside and said, “Man, I saw this interview you did,” and I got nervous. I thought he was about to read me the riot act, but he had done an interview in the ’60s where he basically said the same thing that I did. We were both talking about being an individual and following your own path and being honest with what you do with your music. Those are the things that people really relate to.

From him you got practical experience about what’s going on in the music world, how to be prepared for professionalism, being able to come up with different types of arrangements for one song if you don’t know what the artist is looking for. Who else was going to tell us those things when we were kids? That kind of thing, coming from Harold, was priceless.

Whatever Harold talked about carried a lot of weight because he had [put in] a lot of mileage and had wisdom. Every time I saw him I’d always try to show as much respect as I could because I really admired what he had done in his career. I admired that he came back from Los Angeles [where he worked for nearly three decades] and wanted to give back to the community. He had been out in L.A. working with Sonny and Cher and other folks. When he came back to New Orleans it was big news that he moved back to town; a lot of people were really excited about it.

You can hear that he was from New Orleans in the stuff that he has written, the level of blues that you hear in his phrasing and his writing. I hate to use that word [blues] because people always use it, but for him it’s really appropriate. Not only was there a blues element but a certain sophistication. He also knew how to write for a large ensemble. He was a composer and arranger, not just a guy who got a chance to do some charts. This was a guy who put thought into everything that he did.

Harold seemed to be a simple person in that he was all about his art and the family and the community, but inside that simplicity was a whole lot of complexity. And he was straight-up. He was a soft-spoken guy but man, if he had something to tell you, he didn’t hold back. And the thing that I loved about him was that he never told me anything out of anger or frustration. Every time he talked to me, whether he was praising something that I’d done, or whether he was teaching me, there was always a vibration of love that came from it, and a certain vibration of pride that he passed down. I took that seriously because this is our history, our gift to the world. For him to pass that on to us, that was a true blessing.

Meghan Stabile, an innovative jazz promoter, producer, organizer, curator, and advocate who proudly adopted the New York Times’ description of her as a “modern impresario,” … END_OF_DOCUMENT_TOKEN_TO_BE_REPLACED

Grachan Moncur III, a trombonist and composer who forged a unique identity in the “new thing” of 1960s jazz, died in his longtime home city … END_OF_DOCUMENT_TOKEN_TO_BE_REPLACED

Charnett Moffett, a bassist and composer whose virtuosity on both electric (often fretless) and acoustic instruments was matched by his versatility, died April 11 at … END_OF_DOCUMENT_TOKEN_TO_BE_REPLACED

Ron Miles, a cornetist, composer, and educator who became a revered and innovative figure in jazz while maintaining a career in the far-flung state of … END_OF_DOCUMENT_TOKEN_TO_BE_REPLACED