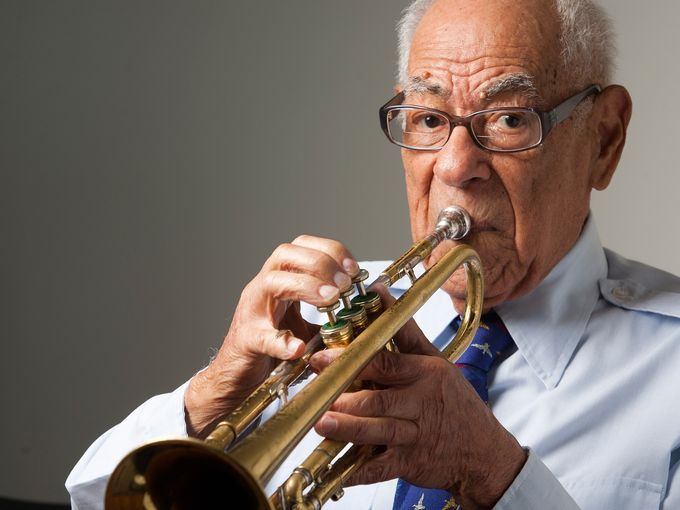 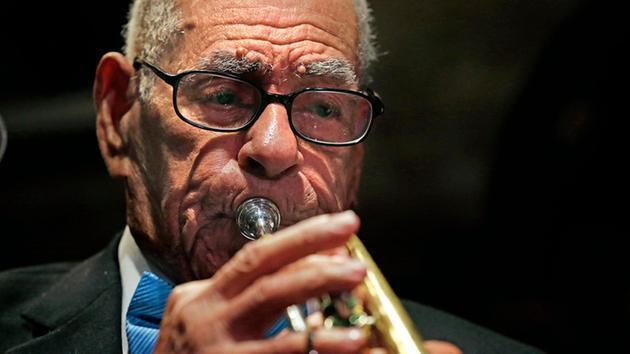 Lionel was born in 1911 and when I met him in the ’70s he was still working a day job. He had a sheet metal business that he inherited from his father. Pretty soon after that, he retired and just played music. Before he came along I had another trumpet player playing with me and he got sick so I was looking for someone else to take his place. I was talking to the guy that was running the Tulane Jazz Archive in New Orleans, Dick Allen, and he put me in touch with Lionel. I didn’t know anything about Lionel Ferbos. He was not active on the scene in New Orleans; he wasn’t playing where anybody would notice him. The guy who recommended him to me knew that he had played in dance halls in the 1950s, and he knew that Lionel came from a very trained background, playing in big bands. So I met up with Lionel and he decided to join the band. That started our relationship, and he played with me till he got sick.

We played the ragtime music of the last century. He was a second-generation jazzman and he never changed his style. He played the same way all his life, the same kind of tunes. He played in the style of the Creole trumpet players in town, which is a more refined kind of playing. They’re more trained and don’t play a lot of jazz or blues. They study their instrument and produce a very good tone. Lionel came from a Creole background so he was used to mixing with white and blacks through his job and he didn’t have any racial hangups or anything like that. His father used to run a hardware store together with an Italian guy, which was very unusual in those days. There were other trumpet players in the same style as Lionel, but they all died way before him.

When Lionel first started out he was playing in reading bands, and he did that for most of his life. It was only in the last 20-30 years, when he started playing at the Palm Court [Jazz Café] in New Orleans and various other places around town, where he started playing with small bands. He would still bring some music with him in case he couldn’t remember the tunes but he started memorizing tunes and playing more freely. We would have rehearsals very often; even when we didn’t have any jobs coming up, we would rehearse for fun anyway and he was always very keen on playing everything absolutely correctly. He was very schooled. He was not really an improviser or a soloist.

Sometimes Lionel told me stories of the bands he worked in; he worked in John Handy’s 10-piece orchestra in 1932. He said that John Handy was a fancy kind of sax player and played all these wild solos and Lionel said, “I can’t play all that jazz. I’m a straight trumpet player.” And John Handy said, “Don’t worry about it, you’re gonna be the lead trumpet! All the other guys are gonna play the jazz.” Later on he joined another big band led by Walter Pichon, that played on the Mississippi River boats.

Lionel was also a great singer. He only started singing in the last 25 years of his life. And he turned out to be a very good singer in a very old-fashioned style. I would even call it a pre-jazz style-nothing like Louis Armstrong or people like that; no scatting. People loved his singing. He was actually more of an improviser as a singer than he was as a trumpet player.

Lionel was a very nice, easy-going guy, easy to work with, friendly and no chip on the shoulder. He got along with everybody. He was a person who always came to work on time and always dressed well and also treated the other musicians with respect. He would never argue with musicians on the bandstand or anything like that. I used to drive him at night and he’d tell me things like, “That guy is terrible; he shouldn’t be saying things like that on the stage.” He didn’t like people cursing or anything like that.

Lionel Ferbos was a link to the old music, and he continued to play until the last two years of his life. He was having real problems then and sometimes he would just come down and sing; he wouldn’t even play. But he was fine up till 100.

Meghan Stabile, an innovative jazz promoter, producer, organizer, curator, and advocate who proudly adopted the New York Times’ description of her as a “modern impresario,” … END_OF_DOCUMENT_TOKEN_TO_BE_REPLACED

Grachan Moncur III, a trombonist and composer who forged a unique identity in the “new thing” of 1960s jazz, died in his longtime home city … END_OF_DOCUMENT_TOKEN_TO_BE_REPLACED

Charnett Moffett, a bassist and composer whose virtuosity on both electric (often fretless) and acoustic instruments was matched by his versatility, died April 11 at … END_OF_DOCUMENT_TOKEN_TO_BE_REPLACED

Ron Miles, a cornetist, composer, and educator who became a revered and innovative figure in jazz while maintaining a career in the far-flung state of … END_OF_DOCUMENT_TOKEN_TO_BE_REPLACED