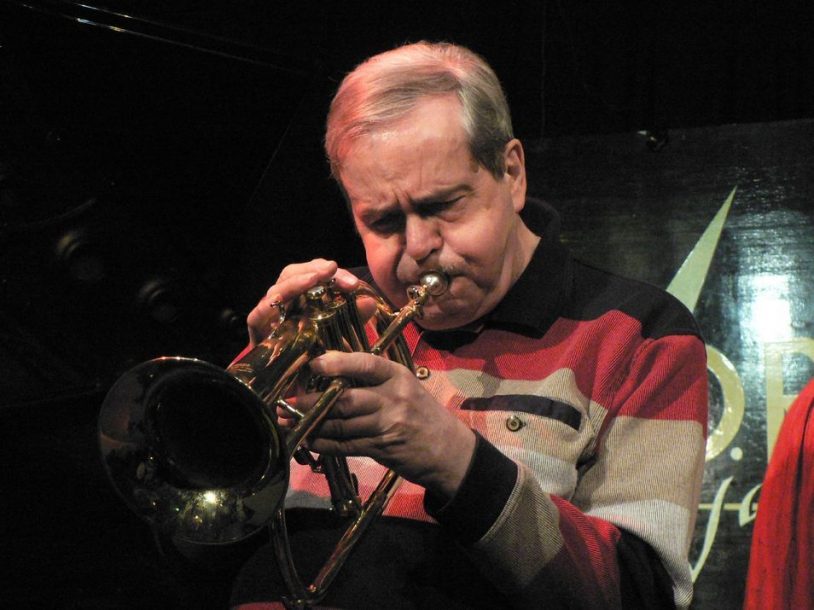 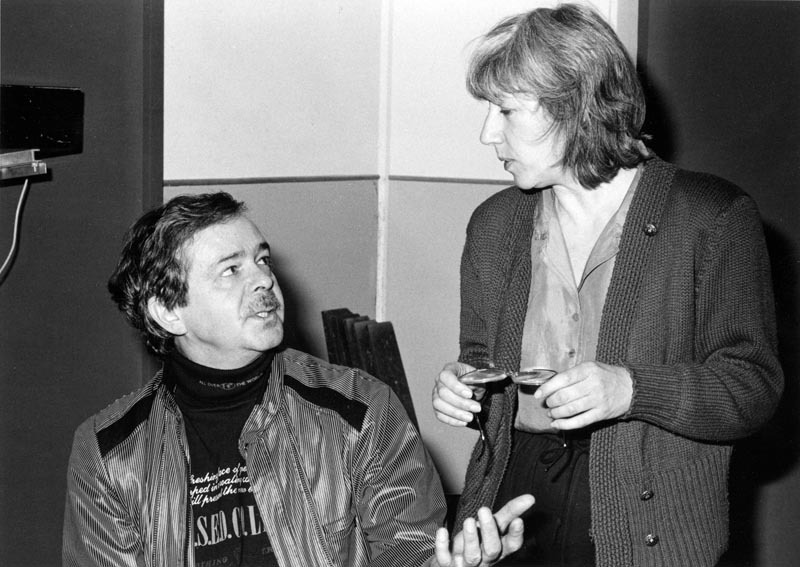 Kenny Wheeler and Norma Winstone in 1990

I first met Kenny in the late ’60s. I had heard his Windmill Tilter recording with the John Dankworth Orchestra and fallen in love with it, playing it over and over. I’d never heard big-band writing like that. It was just one gorgeous melody after another, and such individual performances. I was invited to join in some free-improvisation sessions organized by drummer John Stevens in which Kenny was also playing, but I don’t remember saying anything to him. I was shy, and he seemed even more shy and therefore unapproachable to me.

Our paths crossed more in different musical groups, and out of the blue he asked if I’d like to do a broadcast with his big band and said that he would arrange a standard for me. I don’t remember much about that broadcast, as I was probably too nervous, but some time later he asked if I’d like to do another broadcast with the band: This time he had written me an “instrumental” part, no words. What followed were years of unforgettable music for me-because as anyone who has played his music knows, it is a joy to play. Although Kenny’s music has been part of my life for more than 40 years, it has never lost its magic for me. I am still excited to sing those beautifully complex lines.

I was always moved by his music and his persona. He was absolutely serious about music. He listened constantly to all kinds of music, including new music sent to him by young musicians, and I know he always tried to respond to them in an encouraging way. I can remember watching him standing between two musicians and he looked from one to the other as the conversation went on. He said nothing at all, just listened. I was moved to tears!

So Ken was never an effusive person, but he was surprisingly funny. He loved puns and wordplay, as is obvious from his song titles. I once asked him where the title of the album Deer Wan came from, and he said that when he was a child his father would often take the family for a drive on Sunday afternoons, and there was always a program on the radio that had the signature tune which began, “Dear one, the world is waiting for the sunrise.” The photograph suggested for the cover reminded him of those journeys, driving through the Canadian countryside. Maybe he thought of elk (or deer, who knows?), but this was his explanation for the title! He also used to say of himself, “He don’t say much, and when he does he don’t say much.” But this was not true. He didn’t say much, but what he did say was very considered and would often be very funny.

I think my favorite anecdote, which says a lot about him, is when he took some spectacles to the optician to be mended. There were screws and arms missing because he was always dropping his glasses. He told me that there was a nice young lady behind the counter and he asked, “Could you do something with these?” She thanked him and said that they would send them to Ethiopia where they had a great need for them. He just left them with her without saying why he’d taken them there in the first place. He didn’t want to disappoint her!

I feel very lucky to have stood next to him so often, trying to match my sound with his and hearing him create those lines in his improvisation that were so unpredictable and so recognizably his. His writing and playing were absolutely original-two notes and you knew it was him. He was a giant, and I’m sad that there will be no more music from him. How wonderful, though, that he has left us with so much.

Meghan Stabile, an innovative jazz promoter, producer, organizer, curator, and advocate who proudly adopted the New York Times’ description of her as a “modern impresario,” … END_OF_DOCUMENT_TOKEN_TO_BE_REPLACED

Grachan Moncur III, a trombonist and composer who forged a unique identity in the “new thing” of 1960s jazz, died in his longtime home city … END_OF_DOCUMENT_TOKEN_TO_BE_REPLACED

Charnett Moffett, a bassist and composer whose virtuosity on both electric (often fretless) and acoustic instruments was matched by his versatility, died April 11 at … END_OF_DOCUMENT_TOKEN_TO_BE_REPLACED

Ron Miles, a cornetist, composer, and educator who became a revered and innovative figure in jazz while maintaining a career in the far-flung state of … END_OF_DOCUMENT_TOKEN_TO_BE_REPLACED