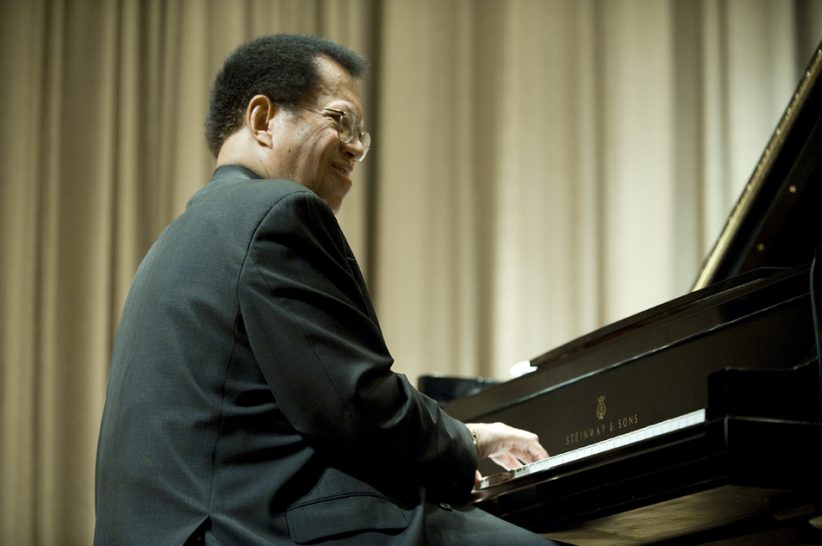 Jazz lost so many giants in 2013, among them pianist and composer Cedar Walton, who passed on Aug. 19. Here drummer Jimmy Cobb recalls the good times they had together on the road and in the studio.

I first heard Cedar when he was playing with Art Blakey’s band. At first I figured he was just another one of those talented young guys that Art used to get in his band-Art always liked to recruit the young jazz musicians, and to workshop with them. But I was impressed with Cedar because he was a good piano player and then later on we did a few gigs together. I don’t remember exactly when we first played but I know that a lot of time went by before we finally did it.

Cedar had a certain way of playing that made it easy to always tell it was him playing, just like you could always tell Wynton Kelly or Bobby Timmons or Horace Silver when you heard them. They all had definite styles. Cedar also had a good sense of composition-he could write nice tunes. Some of his compositions will always be around. His arrangements and compositions had a definite footprint. He had certain little licks that he played all the time that you knew it was him.

He was on one of my albums, New York Time-it was my album but they took advantage and put is name on it too. Christian McBride and Javon Jackson were on that too. It’s all right with me though, because we played a lot of Cedar’s tunes on it. We did another one with that group called In the Kitchen. That’s one of my favorites that he did.

It was easy working with him, always nice to do. We used to play his composition “Bolivia” a lot. In fact, we did a memorial for him when I was working at the Vanguard and Javon and Buster Williams and we played that tune to honor him. But he had a whole lot of other songs we could have played.

I was in Europe with him once and his wife was with him when we were traveling. I was sitting behind him and we had confiscated some little champagne bottles from the mini-bar and I gave him one. He really liked those little bottles of champagne so I would lay them on him when I could.

Cedar was actually a very funny guy and fun to be around. I liked him and he liked me so we got along good. I’m going to miss him because we always had fun together. When we’d great each other, he’d say, “Hey, son of a bitch!” We were on those kinds of terms-we were tight enough that we could do that. When he got sick I said to him, “Don’t you ever do that again,” and he said, “OK, son of a bitch.”

Meghan Stabile, an innovative jazz promoter, producer, organizer, curator, and advocate who proudly adopted the New York Times’ description of her as a “modern impresario,” … END_OF_DOCUMENT_TOKEN_TO_BE_REPLACED

Grachan Moncur III, a trombonist and composer who forged a unique identity in the “new thing” of 1960s jazz, died in his longtime home city … END_OF_DOCUMENT_TOKEN_TO_BE_REPLACED

Charnett Moffett, a bassist and composer whose virtuosity on both electric (often fretless) and acoustic instruments was matched by his versatility, died April 11 at … END_OF_DOCUMENT_TOKEN_TO_BE_REPLACED

Ron Miles, a cornetist, composer, and educator who became a revered and innovative figure in jazz while maintaining a career in the far-flung state of … END_OF_DOCUMENT_TOKEN_TO_BE_REPLACED