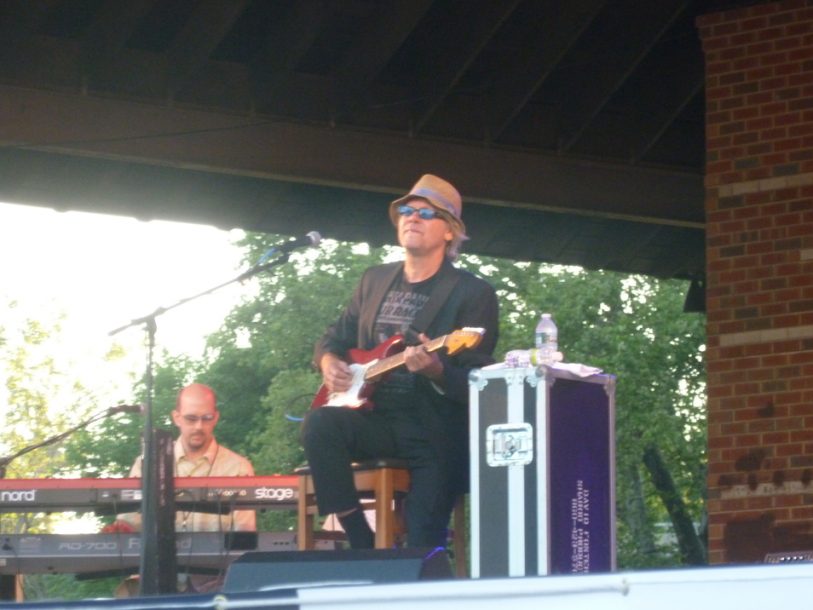 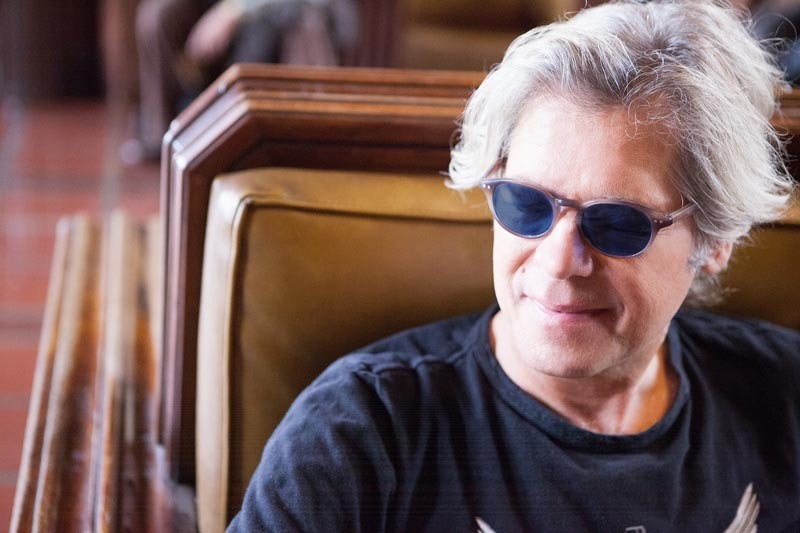 It was funny: When he walked into the room, no matter what the situation, you felt like you were in the presence of a real rock star. He had the swagger, he had the big flop of perfectly unkempt blond hair, he wore the tight black jeans and the dark glasses-even at night. It always made me smile, because this effect he had on a room was accompanied by the most disarming affability and warmth. That was the beauty of Jeff Golub: He was a walking essay in contrast. He could tear it up like nobody’s business on guitar, with searing solos that cut you to the core, and then he could make you weep with one sustained note that he’d bend just so. The way he’d contort his body to accompany the riff he was playing, and those crazy facial expressions-that was a show in itself.

He was also one of the kindest human beings I ever had the pleasure of knowing. I am so grateful our lives connected. And I already miss him like crazy.

Indeed, we lost one of the greats on New Year’s Day. It seems oddly poetic that he’d pass on such an auspicious day, but that’s the way he did things. He was a very pure, mild-mannered and elegant man. Quietly, in his sleep, he slipped into the next dimension-the ultimate New Year’s resolution. For all of us friends and fans, though, it was too soon. With so much more to do, so many more shows to play, so many more days to be a loving father to two amazing boys, Chris and Matthew, and so many more moments to share with his beautiful wife, Audrey (who, by the way, is a true hero in this story), this just seemed so unfair and so abrupt.

One must remark, when talking about Jeff, about the last couple years of his life. It might be to some the most interesting aspect of his public life-his losing his eyesight in one eye first, then the other eye, and then slowly watching as this disease would end up taking over his whole body. But to focus on this aspect alone would be to ignore so much of the essence of the man.

I learned volumes from Jeff Golub-onstage and off, in the studio or simply by sharing stories and a cocktail over the dinner table. I hired him to be the guitarist in the band on the short-lived The Emeril Lagasse Show, and no matter the song style I never had to worry about Jeff bringing the fire. He was an ace in the hole, every single time. Spending the day with Jeff, Audrey and the boys one summer’s day, tooling around the Hamptons in his convertible, I was also able to see the family-man side of Jeff. He generously gave this California boy a day I will always remember, soaking up the East Coast sun.

And even when he was dealing with the effects of the disease on his body, he still stood out, taking his beloved guide dog on the road with Mindi Abair and David Pack. He continued doing the Smooth Jazz Cruise for several years, making his way around the ship on his own or with the help of fans.

And while this was all going on, not a peep from Jeff publicly. He accepted his situation with grace, faith and understanding. He showed us, by example, how to be at peace with our lot in life and how to focus on what matters most. But his most important and enduring lesson might just be the simple exit he made: showing us how to seize the most while we’re here, how to make that big splash, bringing so many smiles to people’s faces and then, in an instant, how to seamlessly segue to the next song.

Meghan Stabile, an innovative jazz promoter, producer, organizer, curator, and advocate who proudly adopted the New York Times’ description of her as a “modern impresario,” … END_OF_DOCUMENT_TOKEN_TO_BE_REPLACED

Grachan Moncur III, a trombonist and composer who forged a unique identity in the “new thing” of 1960s jazz, died in his longtime home city … END_OF_DOCUMENT_TOKEN_TO_BE_REPLACED

Charnett Moffett, a bassist and composer whose virtuosity on both electric (often fretless) and acoustic instruments was matched by his versatility, died April 11 at … END_OF_DOCUMENT_TOKEN_TO_BE_REPLACED

Ron Miles, a cornetist, composer, and educator who became a revered and innovative figure in jazz while maintaining a career in the far-flung state of … END_OF_DOCUMENT_TOKEN_TO_BE_REPLACED