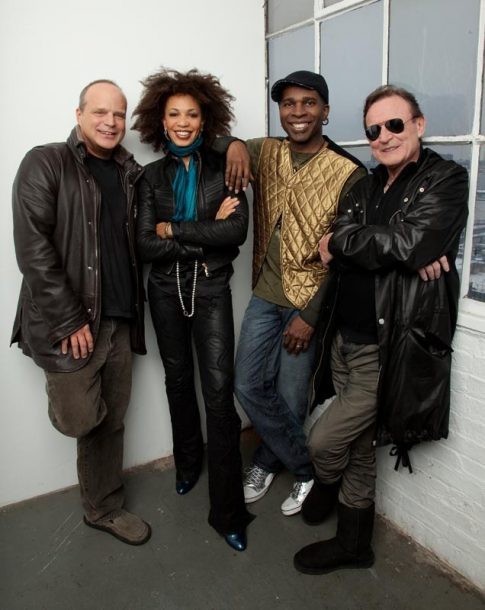 Some of my earliest memories of rock music were hearing Cream on the radio, and I knew that there was something fundamentally different happening in that music. It was built on what had come before but it was much more freewheeling, the structures were looser. Later, my friend Reggie Sylvester, a drummer in the jazz workshop at my high school in Brooklyn, he was a huge fan of Jack Bruce. He started talking to me about Songs for a Tailor and Carla Bley’s Escalator Over the Hill. He turned me on to all of that, and I heard Lifetime, and that’s when I got a sense that Jack was this journeyman, this real risk-taker of a musician. … I asked Jack about this later. I was saying, “You played with Jimi Hendrix, and Tony Williams, and Carla Bley…” And he said, “Vernon, we live so many lives in the life we have.” And it just hit me. It was one of those moments of clear truth. He was saying that there is a way to live with all your contradictions and all your impulses. Who are you beyond the definitions?

When I recorded and toured with him, he didn’t want me to play like Clapton or Hendrix or Robin Trower. He was interested in what I was doing, what I was talking about, and that was a challenge on one hand but it was also inspiring and affirmative. Losing him felt very personal, because a lot of the legendary guys, it’s almost as if there’s no actual person left, there’s only the legend. Jack was not like that. He responded to what was happening in the moment; he wasn’t handcuffed by the past. And he was just a wonderful person. He could be prickly, but he was also very mischievous. One thing I loved about Jack is that he would get over himself. He was the kind of figure who, if he was unhappy and he went to that place, he could freeze everything in the room. But he would check himself; he had the ability for self-reflection.

In 2008 the quartet that would later be billed as Spectrum Road formed. We played our first shows at the Blue Note in Tokyo, and they were just magical. Cindy Blackman Santana was on fire, and John Medeski is such an extraordinary musician. The first time we performed, Jack had this big smile on his face. Even though Spectrum Road was together only for a brief period, we weren’t a “project,” were a band-we had a band vibe. We made the album and we did a tour where we got to play Europe and the States. Every night was special, and we wanted so much to do more of it. But sadly that was not to be.

Taking a trip to his funeral in London was sort of harebrained, but I said, “I gotta go.” I went to support the family. I had to say goodbye. He meant a lot to me. At one point Medeski sidled up to me, and it was such a feeling of fellowship. And Ginger Baker was there, and Clapton was there. It was very emotional. During the ceremony they had his Warwick bass on a stand, and on either side were roses in the shape of bass clefs. That was his bass that he took with him all over world, and it’s an instrument I know well. And I thought to myself, “That’s the riderless horse.” It was so stark to see it standing there. [As told to Evan Haga]

Meghan Stabile, an innovative jazz promoter, producer, organizer, curator, and advocate who proudly adopted the New York Times’ description of her as a “modern impresario,” … END_OF_DOCUMENT_TOKEN_TO_BE_REPLACED

Grachan Moncur III, a trombonist and composer who forged a unique identity in the “new thing” of 1960s jazz, died in his longtime home city … END_OF_DOCUMENT_TOKEN_TO_BE_REPLACED

Charnett Moffett, a bassist and composer whose virtuosity on both electric (often fretless) and acoustic instruments was matched by his versatility, died April 11 at … END_OF_DOCUMENT_TOKEN_TO_BE_REPLACED

Ron Miles, a cornetist, composer, and educator who became a revered and innovative figure in jazz while maintaining a career in the far-flung state of … END_OF_DOCUMENT_TOKEN_TO_BE_REPLACED