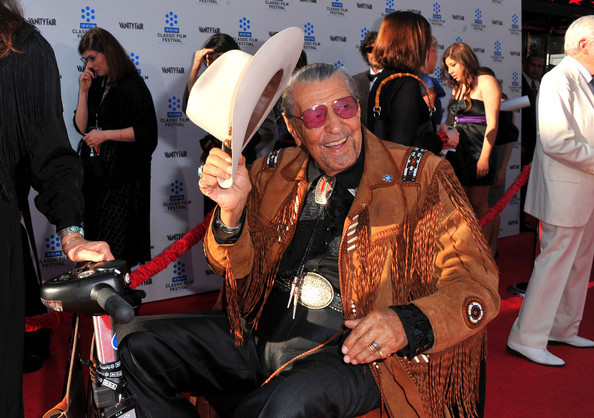 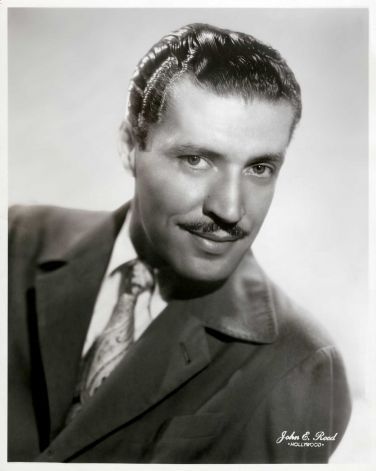 I discovered Herb Jeffries at a very young age. The women in my family-my mother, my aunts, my great-aunts-were all mad for him. Why? Several reasons. He was Hollywood’s first black cowboy. And he was a jazz singer, who sang with Earl “Fatha” Hines and, later, with Duke Ellington. He and Ellington had a massive hit with “Flamingo” [in 1941].

Gene Autry prompted him to get into the movies, and after Autry and Roy Rogers had died, he was dubbed “the last of the singing cowboys.” For me, as a child of color, it was wonderful to see him onscreen. It gave me a real boost of confidence. He was the “bronze buckaroo” with an all-white outfit and a white horse, riding around the range. The films were wild, with titles like Harlem on the Prairie, which was billed as the first “all-colored” Western musical, Two-Gun Man From Harlem and Harlem Rides the Range. [In those early Westerns, from the mid- and late-1930s, he was billed as Herbert Jeffrey.] Everyone revered him because he was a screen idol at a time when there were no black movie stars. And he had this deep, resonant voice; a real masculine sound that Billy Eckstine and so many others [were influenced by]. And he was a double-edged sword, equally great at cowboy swing and jazz. He did four or five Western albums, a superb disc of jazz standards called Say It Isn’t So [in 1957], and also recorded wonderful tributes to Bing Crosby and Nat Cole.

I’m a cowboy buff, as is my pal [pianist] Monty Alexander. We’ve watched all of his movies together. A few years ago, I mentioned to Monty that I’d love to meet Herb. Turns out Monty knew him, made an introduction and gave me his phone number. Herb was in his late 90s [he lived to be 100]. We talked for about two hours, and it was unbelievable! Then, early last year, Monty and I started planning a tribute concert for Herb. We wanted to do it in Lone Pine, California, where Republic Pictures filmed Hopalong Cassidy and the Lone Ranger. It was Monty and me, plus Jeff Hamilton and Frank Vignola. [A DVD capturing the entire program is in the works and will soon be released.] Herb was planning to be there. Then, ironically enough, he died the week before we did the show, so I never got to meet him! But his wife came out-he was married four times [including a late-’50s union with exotic dancer Tempest Storm]-and it was a very emotional experience. A lot of fans came, and also a lot of movie and TV people who’d worked with him. I opened it up with “Flamingo,” then we covered all his songs. The entire evening was tremendously heartwarming.

Though he has a star on the Hollywood Walk of Fame and was inducted into the National Cowboy & Western Heritage Museum in Oklahoma City, these days most people of color don’t know who he is, which is a shame. He was a big part of the Harlem renaissance and, as both an actor and singer, deserves a prominent place in American lore. But they’re starting to go through the archives and discovering how diverse and gifted an entertainer he was, so hopefully that will change. He should be up there with Crosby, Cole and Eckstine.

[As told to Christopher Loudon]

Meghan Stabile, an innovative jazz promoter, producer, organizer, curator, and advocate who proudly adopted the New York Times’ description of her as a “modern impresario,” … END_OF_DOCUMENT_TOKEN_TO_BE_REPLACED

Grachan Moncur III, a trombonist and composer who forged a unique identity in the “new thing” of 1960s jazz, died in his longtime home city … END_OF_DOCUMENT_TOKEN_TO_BE_REPLACED

Charnett Moffett, a bassist and composer whose virtuosity on both electric (often fretless) and acoustic instruments was matched by his versatility, died April 11 at … END_OF_DOCUMENT_TOKEN_TO_BE_REPLACED

Ron Miles, a cornetist, composer, and educator who became a revered and innovative figure in jazz while maintaining a career in the far-flung state of … END_OF_DOCUMENT_TOKEN_TO_BE_REPLACED