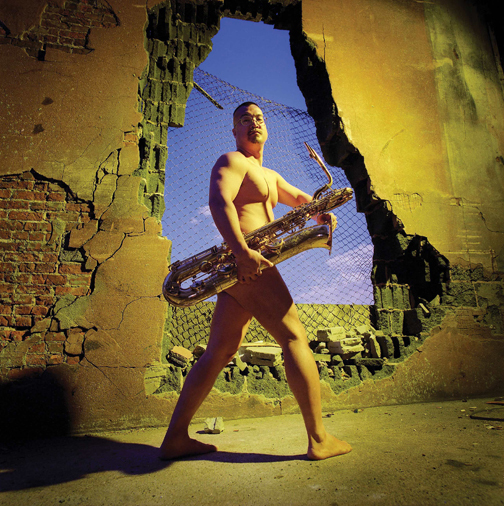 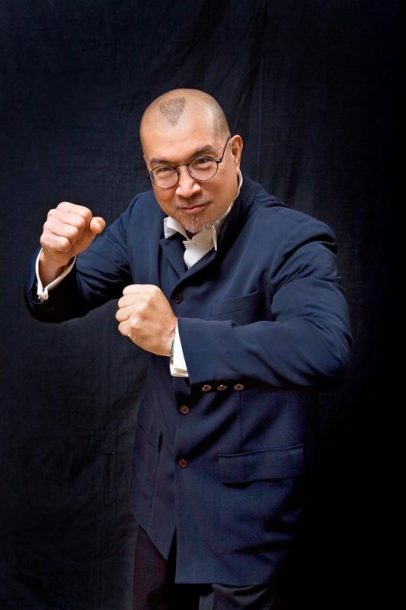 Turning the Monkey trickster loose, Fred says in rare cryptic form on a subway platform, “Are you ready when the time comes to put down the saxophone and pick up a shovel?” While the train approaches, thoughts turn the metal of horn and shovel into the earth for either a burial or vegetable garden, and the conversation takes on a martial stride-further down the line, having turned defensive, the instruments are now weaponry. This is my stop, and in reluctant shape-shifter fashion, Fred’s war call becomes his love call and we embrace, two family members, different yet the same: one pursuing revolution; the other, resolution. Here is but one Fred Ho moment, for me: intense and direct, brutally truthful, raising consciousness at whatever the cost, with an unparalleled love for life. Ultimately, reflected in his sound is a hero’s automythography, forcing open an aperture for all resonances to exist together, without any one colonizing the other. Shortly after Fred’s passing, I sent the following to members of his Green Monster Big Band:

Now seems a good time to send you best wishes, since my dear brother, Fred, passed on. I was part of Fred’s first Afro-Asian Ensemble generation, back in 1986-87, and we were very close through many of his projects, including the special saxophone “hidden concerto” he wrote for me in his Monkey Orchestra during the ’90s. Later, after his cancer started, I returned to work with him up through the present Green Monster Big Band.

I know that it was important to Fred how he and his work would be remembered. While the work stands, the performing of the work must advance with healthy spirit, in order to advance the consciousness that brought us together in the first place. Fred’s growth in this area, along the way, was a process that involved his band members, who went “toe-to-toe” with him to make sure that we could play with the correct spirit of unity and purpose. When I played in his groups, we often had meetings of reconciliation before a performance, in order to “set things right” if something was bothering the collective mind and soul. Once I recall several of us telling Fred to “listen to your musicians, or we will fire YOU from the group!” He appreciated this sincere expression very much-as you may know was his style-and I believe this helped him along his legacy-building of ideals that champion, above all else, strength and unity of spirit. We didn’t always reach it, but it was an ideal worth playing for, and it became something way beyond the legacy of one man’s work, or personal life. This is the facet of his legacy I will always celebrate and want to share.

Any of us who has been through the fire with Fred deserves a special badge of honor: He wasn’t easy to work with, and there were many bridges burned along the way-this is NOT the legacy he would wish to see continue, but forgotten! Now, with the man, has passed all that conflicted spirit on earth, and if performing his music is to progress with any relevance at all (other than historical), then no dictatorial claims can be made by anyone involved in performing his music-never exclusion, but only affirmation for any one carrying on the music in a multitude of ways, and with final word coming from the collective, always-this would be an improvement on this facet of Fred’s legacy … blown from the rooftop!”

A few months later, the night after a tribute to Fred in Oakland, I awoke in some kind of observatory-it was still night, people were waiting around there in the dark, looking at me in some unsure way. Realizing I was there for Fred, I looked and looked, but he wasn’t there! Then, things shifted to home, and I was sitting on the bench in our doorway. It was already daybreak yet it was getting strangely darker for me, so I moaned loudly knowing that’s how to get all the way back. When it was over, the body was vibrating intensely; while this travel was happening it seemed I was lying conscious in bed the whole time. The message came across loud and clear, like the horn: Fred’s not in any dark place waiting. He’s in a bright place now.

Meghan Stabile, an innovative jazz promoter, producer, organizer, curator, and advocate who proudly adopted the New York Times’ description of her as a “modern impresario,” … END_OF_DOCUMENT_TOKEN_TO_BE_REPLACED

Grachan Moncur III, a trombonist and composer who forged a unique identity in the “new thing” of 1960s jazz, died in his longtime home city … END_OF_DOCUMENT_TOKEN_TO_BE_REPLACED

Charnett Moffett, a bassist and composer whose virtuosity on both electric (often fretless) and acoustic instruments was matched by his versatility, died April 11 at … END_OF_DOCUMENT_TOKEN_TO_BE_REPLACED

Ron Miles, a cornetist, composer, and educator who became a revered and innovative figure in jazz while maintaining a career in the far-flung state of … END_OF_DOCUMENT_TOKEN_TO_BE_REPLACED