Skip to content
Become a member and get exclusive access to articles, live sessions and more!
Start Your Free Trial
Home > Features > Ettore Stratta—Producer, Conductor, Pianist and Composer—Dies at 82 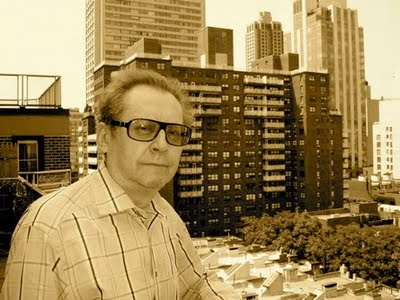 Ettore Stratta, a conductor, producer, pianist and composer who worked within both the jazz and classical music realms, died July 9 at age 82. Stratta studied conducting at the conservatory in Rome as well as piano and composition, then left Italy for New York.

He landed a job in the A&R department of Columbia Records, where he produced hundreds of recordings including titles by Barbra Streisand, Dave Brubeck, Tony Bennett, Nini Rosso, Andy Williams and others, and produced foreign language recordings of Broadway musicals. He had his own orchestra called Fantasy Strings and made more than 25 recordings of some of the American Songbook’s greatest compositions.

Stratta was also a prolific composer-his “Forget the Woman” recorded by Tony Bennett and many others.

Meghan Stabile, an innovative jazz promoter, producer, organizer, curator, and advocate who proudly adopted the New York Times’ description of her as a “modern impresario,” … END_OF_DOCUMENT_TOKEN_TO_BE_REPLACED

Grachan Moncur III, a trombonist and composer who forged a unique identity in the “new thing” of 1960s jazz, died in his longtime home city … END_OF_DOCUMENT_TOKEN_TO_BE_REPLACED

Charnett Moffett, a bassist and composer whose virtuosity on both electric (often fretless) and acoustic instruments was matched by his versatility, died April 11 at … END_OF_DOCUMENT_TOKEN_TO_BE_REPLACED

Ron Miles, a cornetist, composer, and educator who became a revered and innovative figure in jazz while maintaining a career in the far-flung state of … END_OF_DOCUMENT_TOKEN_TO_BE_REPLACED