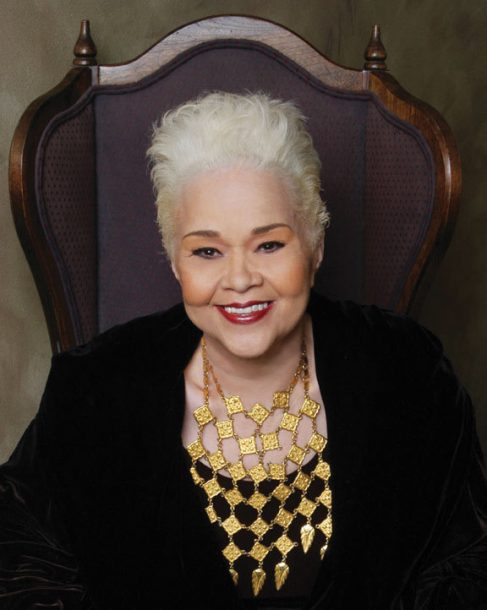 Etta James, the iconic R&B diva who rose to fame in the mid-’50s and remained active until late last year when it was announced that she had terminal leukemia, died this morning, January 20, at age 73 in Riverside, Calif. In addition to leukemia, James suffered from dementia and kidney failure. Ten years ago she underwent gastric bypass surgery to deal with a weight problem that had found her reaching 400 pounds.

James-whose hits included the R&B chart-topper “The Wallflower,” the raucous soul shouter “Tell Mama,” its equally popular B-side “I’d Rather Go Blind” (which actually never charted in Billboard), and the definitive reading of the ballad “At Last”-was inducted into the Rock and Roll Hall of Fame in 1993, as well as the Blues Hall of Fame. A six-time Grammy winner and recipient of the Grammy Lifetime Achievement Award, James’ passing fell three days after that of Johnny Otis, the musician and bandleader credited with giving James her start.

Born Jamesetta Hawkins on Jan. 25, 1938 in Los Angeles, Etta James was the daughter of a single mother (she believed her father to be the legendary pool player Minnesota Fats) and was raised by caregivers. She began singing in church at age 5, and in her early teens, now living in San Francisco, she joined a singing group, the Creolettes. She was discovered by Otis, who arranged for her to sign with Modern Records in 1954. Early the following year she recorded “The Wallflower,” which reached number 1 on the Billboard R&B chart. Originally subtitled “Roll With Me Henry,” then changed to “Dance With Me Henry” to avoid problems with censors, the record was a response to Hank Ballard’s “Work With Me Annie.”

James left Modern for the Chess Records subsidiary Argo Records and continued to place records in the R&B Top 10 into the early ’60s, among them “Good Rockin’ Daddy,” “All I Could Do Was Cry,” “If I Can’t Have You,” “My Dearest Daddy,” “At Last” (in early 1961), “Trust In Me,” “Don’t Cry, Baby,” “Something’s Got a Hold on Me,” “Stop the Wedding” and “The Pushover.” Embraced by the rock ‘n’ roll audience as well as R&B fans, she ultimately placed 28 singles on the Billboard pop chart. Her last major hit, the gutsy “Tell Mama,” written by Clarence Carter, was recorded in Muscle Shoals, Ala., and released on the Cadet label (another Chess offshoot) in late 1967. It was later covered by Janis Joplin, one of many avowed fans among rock and soul artists.

James was prized for her ability to effortlessly fuse various styles into her own, including jazz (as early as her 1967 Tell Mama album), blues, gospel and pop. Although her presence on the record sales chart diminished, she continued to evolve with the times and remained an in-demand concert attraction. Due to drug addiction and alcohol, which plagued her from the 1960s and are detailed in her autobiography Rage to Survive, she was largely sidelined through much of the ’80s, until overcoming her problems late in that decade (although she sang at the Olympics in 1984 and appeared in the Chuck Berry concert film Hal! Hail! Rock ‘n’ Roll), when she signed with Island Records and released the Jerry Wexler-produced album The Seven Year Itch. Meanwhile, her early recordings found favor with new audiences, particularly “At Last,” featured in a car commercial and several films.

Further recordings found James incorporating funk and hip-hop but it was Mystery Lady: Songs of Billie Holiday, her 1993 album for Private Records, that won James her first Grammy, for Best Jazz Vocal Performance. She returned to jazz often in her later career, while continuing to record and perform blues and R&B material. She performed at numerous jazz festivals, including Montreux, Monterey and the San Francisco Jazz Festival. She released her final album, The Dreamer, last November.

James’ performances were often salacious-she delighted audiences with raunchy speech and often simulated sexual acts on stage. “Etta is earthy and gritty, ribald and out there in a way that few performers have the guts to be,” singer Bonnie Raitt wrote in a 2005 article for Rolling Stone magazine. “You can’t overestimate her influence.”

Meghan Stabile, an innovative jazz promoter, producer, organizer, curator, and advocate who proudly adopted the New York Times’ description of her as a “modern impresario,” … END_OF_DOCUMENT_TOKEN_TO_BE_REPLACED

Grachan Moncur III, a trombonist and composer who forged a unique identity in the “new thing” of 1960s jazz, died in his longtime home city … END_OF_DOCUMENT_TOKEN_TO_BE_REPLACED

Charnett Moffett, a bassist and composer whose virtuosity on both electric (often fretless) and acoustic instruments was matched by his versatility, died April 11 at … END_OF_DOCUMENT_TOKEN_TO_BE_REPLACED

Ron Miles, a cornetist, composer, and educator who became a revered and innovative figure in jazz while maintaining a career in the far-flung state of … END_OF_DOCUMENT_TOKEN_TO_BE_REPLACED