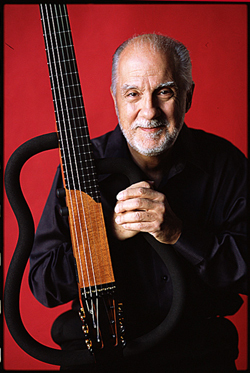 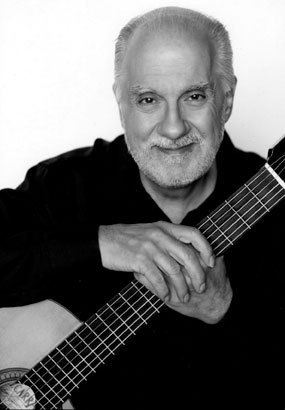 Oscar called himself a “forever optimist.” When he called me with the news of his cancer, it had been very difficult for him; he had been going through weeks of chemotherapy and he was doing terribly. But he would still laugh on the phone and say, “Eliane, I’m the forever optimist! I am that guy who jumps from the top of the Empire State Building. Then, as I’m going down and I go by the 51st floor, I say, ‘So far, everything is OK!'” He really made me laugh and he stayed strong.

I had known about Oscar for years when I first moved to New York. He had moved to the United States in 1971 and he worked with Sergio Mendes for about 10 years, and then we started our musical relationship in the late ’80s. We had a lot of empathy; we shared rhythmically and had an affinity harmonically. It was something we didn’t have to discuss. I say to every guitarist that I work with who aspires to learn Brazilian music that Oscar is it. He had beautiful voicings and was a beautiful accompanist. He knew how to lay down the rhythm and connect the chords. There was a clarity and beauty to his sound. I just knew that when I would give him a tune and I would bring him the changes, that rhythmically we completed each other. It was something so very special. When I was making my album Sings Jobim, it was something different for me to do an entire album on which I was going to sing. It was so incredible for me to be able to take my hands off the piano, because I had always accompanied myself. But I knew that what I wanted to hear would be delivered.

The way he played the bossa-nova rhythm was not like everyone else. He was always fresh-he had a way of playing the 16th notes. He would do variations of a pattern and it was very alive. He would be responsive to what I was singing or playing and interject rhythmically in a special way. He knew how to accompany a vocalist and he also knew how to play rhythmically with the piano. There’s a tune called “Doralice” that he recorded on my album Dreamer that he played so beautifully on-every guitar player who hears it goes, “Oh, my God, how is that possible?” He was such a virtuoso.

On a personal level, he was witty and very well read. He spoke French. He was cultured; he was funny. He knew a little bit about everything. You could talk to him about books or politics, movies-you name it. He was always up to date.

I have to say I’m very fortunate because I grew up with this music, bossa nova, and although I am much younger than him, I didn’t learn second-hand-I learned from the creator. He was there for us and it’s been very sad for me that he’s gone. I don’t listen to my own records, but I was driving the other day and there was Oscar. I couldn’t hold back the tears, to hear the beauty of his playing and then to think he’s gone. His music is here though. He left something so authentic and personal with a strong Brazilian identity, a great swing, vitality, rhythmic beauty and beautiful harmonies. But mostly, his heart was very special.

Meghan Stabile, an innovative jazz promoter, producer, organizer, curator, and advocate who proudly adopted the New York Times’ description of her as a “modern impresario,” … END_OF_DOCUMENT_TOKEN_TO_BE_REPLACED

Grachan Moncur III, a trombonist and composer who forged a unique identity in the “new thing” of 1960s jazz, died in his longtime home city … END_OF_DOCUMENT_TOKEN_TO_BE_REPLACED

Charnett Moffett, a bassist and composer whose virtuosity on both electric (often fretless) and acoustic instruments was matched by his versatility, died April 11 at … END_OF_DOCUMENT_TOKEN_TO_BE_REPLACED

Ron Miles, a cornetist, composer, and educator who became a revered and innovative figure in jazz while maintaining a career in the far-flung state of … END_OF_DOCUMENT_TOKEN_TO_BE_REPLACED