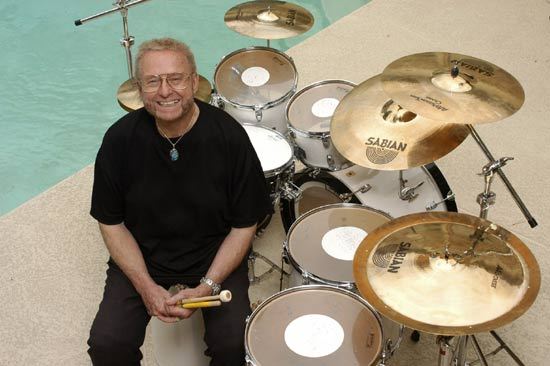 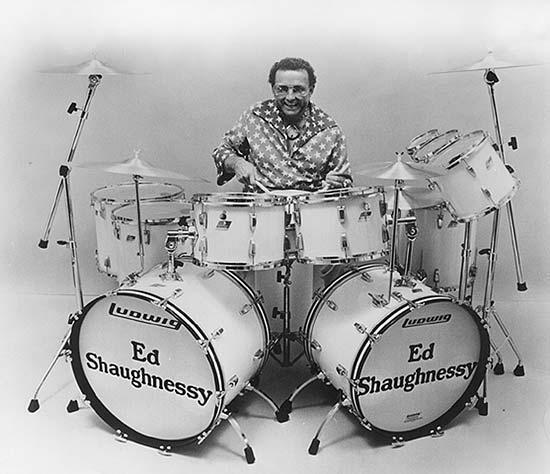 Ed Shaughnessy, the drummer who was seen nearly every night for close to three decades as a member of Doc Severinsen’s band on The Tonight Show with Johnny Carson, died May 24 in Calabasas, Calif. The cause was a heart attack. Shaughnessy was 84.

Born in Jersey City, N.J., Jan. 29, 1929, Shaughnessy was a self-taught drummer who originally played piano but switched to drums at age 14. In the 1940s he found work with George Shearing, Jack Teagarden, Georgie Auld and Charlie Ventura, and in the following decade with Goodman and Dorsey. He was a staff musician at CBS in the 1950s, performing on the Steve Allen and Garry Moore TV shows.

Shaughnessy was playing for Basie and doing studio work in the early ’60s when the call came in asking if he’d care to join the Tonight Show band. At first he was reluctant, reportedly fearing the studio TV musicians would not perform to their fullest ability. But he decided to give it a try, and stayed with the Carson show from 1963 to 1992.

On The Tonight Show Shaughnessy was called upon to back artists of all musical genres, but he always favored jazz, and in his work outside of the show he often accompanied jazz players in the studio. He can be heard on recordings by Gary Burton, Hubert Laws, Oliver Nelson, Shirley Scott, Lalo Schifrin and others. According to a published obituary in the Los Angeles Times, he also played at various times behind Aretha Franklin, Jimi Hendrix, John McLaughlin, Leonard Bernstein and the New York Philharmonic, and George Balanchine and the New York City Ballet. He also studied with for three years with the Indian tabla player Alla Rakha.

He discovered Schuur while working in Los Angeles and introduced her at the 1976 Monterey Jazz Festival. He also played in the Sesame Street orchestra during that show’s early years. According to the L.A. Times obit, Shaughnessy also taught privately and conducted more than 600 clinics at high schools and universities. He wrote a memoir, Lucky Drummer, in 2010.

Meghan Stabile, an innovative jazz promoter, producer, organizer, curator, and advocate who proudly adopted the New York Times’ description of her as a “modern impresario,” … END_OF_DOCUMENT_TOKEN_TO_BE_REPLACED

Grachan Moncur III, a trombonist and composer who forged a unique identity in the “new thing” of 1960s jazz, died in his longtime home city … END_OF_DOCUMENT_TOKEN_TO_BE_REPLACED

Charnett Moffett, a bassist and composer whose virtuosity on both electric (often fretless) and acoustic instruments was matched by his versatility, died April 11 at … END_OF_DOCUMENT_TOKEN_TO_BE_REPLACED

Ron Miles, a cornetist, composer, and educator who became a revered and innovative figure in jazz while maintaining a career in the far-flung state of … END_OF_DOCUMENT_TOKEN_TO_BE_REPLACED